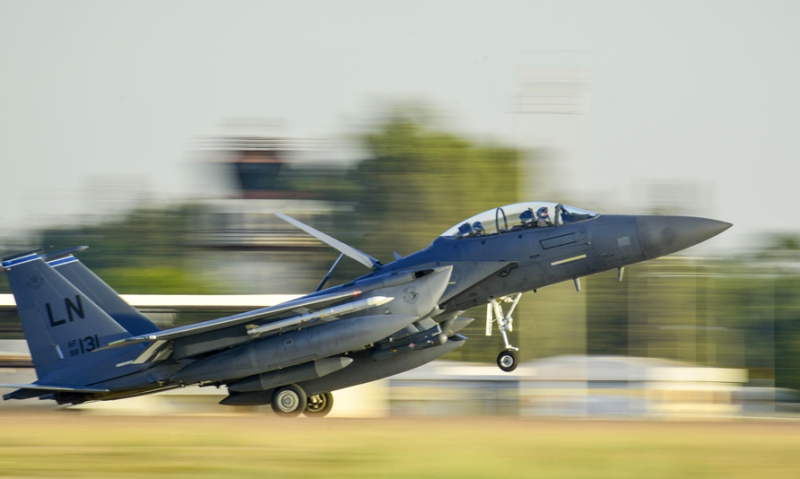 Underscoring U.S. frustration with the halfhearted participation of many allies, Defense Secretary Ashton Carter recently described America’s partners in the campaign against the Islamic State (ISIS/ISIL) as “our so-called coalition.” Ouch. A glance at allied contributions in Iraq and Syria reveals two things: Carter’s frustration is valid, and less-than-fulsome allied assistance is nothing new.

Here is what the numbers tell us: From Aug. 8, 2014, through Feb. 3, 2016, air assets participating in Operation Inherent Resolve have conducted 10,113 strikes against ISIS targets in Iraq and Syria. The United States has conducted 7,753 of those airstrikes, the rest of the coalition 2,360. In other words, the United States accounts for 76.6 percent of the airstrikes targeting ISIS.

Another way to look at the coalition is to look at the number of assets each country is contributing. The United States has tasked 150-plus planes to the operation, France 38, Britain 16, Australia 6. It’s downhill from there.

Another way to look at the coalition is to tally up its membership. President Obama likes to emphasize that Washington has “mobilized 65 countries to go after ISIL.” However, only a tiny fraction of that number have, in the Pentagon’s words, “participated” in airstrikes against ISIS: Australia, Bahrain, Belgium, Britain, Canada, Denmark, France, Jordan, The Netherlands, Saudi Arabia, Turkey and the UAE.

Under the new government of Prime Minister Justin Trudeau, Canada is ending participation in the air campaign effective Feb. 22.

Moreover, as The New York Times reports, Saudi Arabia and the UAE have shifted their aircraft to operations in Yemen. As a result, months often pass between Saudi anti-ISIS missions.

To be fair, some allies are contributing and are committed. France, which expanded and deepened its participation after the Islamic State’s attack on Paris in November, tops the list. The French have several squadrons of fighter-bombers in the air war. Operating in both the Mediterranean and the Persian Gulf, the aircraft carrier Charles de Gaulle has served as command center for the multinational naval task force conducting operations against ISIS (CTF-50). France has sent weaponry to Kurdish forces and has deployed troops to train Iraqi forces. And a high-ranking French general is embedded at U.S. Central Command.

Hours after the British parliament authorized airstrikes in both Syria and Iraq last December, British warplanes joined their U.S. and French allies in the skies over Syria. Plus, Britain has increased the number of fighter-bombers tasked to the campaign.

Qatar serves as host to a sophisticated combined air operations center at al Udeid Air Base. And Turkey is hosting coalition warplanes at Incirlik (76 percent of the planes based there are American).

Even so, as Carter observes, “The United States will lead … but other people have to do their part because civilization has to fight for itself.”

Reflections In short, it’s easy to see why The New Yorker lampoons “Obama’s coalition of the willing and unable” and why Newsweek mockingly asks, “A broad-based coalition?”

This is not what President Obama expected. As a candidate, he vowed “to rebuild and construct the alliances and partnerships necessary to meet common challenges and confront common threats,” criticized his predecessor for “going it alone,” and noted that “America is strongest when we act alongside strong partners.” As recently as mid-2014, he declared, “We must mobilize allies and partners to take collective action.”

However, what’s happening – or more accurately, not happening – inside the anti-ISIS coalition very much reflects the way coalition warfare has looked in the post-World War II era. Again, the numbers tell the story:

• During NATO’s brief air war over Libya in 2011, the United States conducted 80 percent of the air-refueling and intelligence-surveillance-reconnaissance missions. A post-mission assessment conducted by Air Force personnel concludes that NATO “depended upon the United States for nearly all of its suppression of enemy air defense missions as well as combat search and rescue.” And it was a U.S. Predator drone that tracked and disabled Muammar Gaddafi’s convoy, leading to the capture of the Libyan leader and the end of NATO’s intervention.

• In Operation Iraqi Freedom, the United States accounted for 79 percent of forces deployed at the peak of operations.

• At the peak of operations in Afghanistan, the United States accounted for 75 percent of forces deployed.

• In the initial phase of the humanitarian mission in Somalia, the United States accounted for 67 percent of forces deployed and basically the entire enabling force.

• In Desert Shield/Desert Storm, the United States accounted for 72.1 percent of forces deployed (and an even higher percentage of forces engaged in combat) and 80 percent of the combat aircraft.

• During the Korean War, the United States accounted for 88 percent of non-Republic of Korea combat forces.

In short, lack of allied participation is not new. It’s not always the result of United States diplomatic failure, and it’s not necessarily a reflection on the United States. Rather, it’s a reflection of the world as it is. No matter how hard presidents try, no matter how much U.N. involvement they seek, no matter how important or just the cause, America has always done the heavy lifting of international security – before and during the Obama administration – and will continue to do so after the Obama administration. Whether this is a function of fecklessness in Europe, gamesmanship in Moscow and Beijing, systemic inadequacies at the United Nations, or a kind of “engagement atrophy” among America’s allies after decades of deferring to Washington, it doesn’t change, regardless of a president’s commitment to multilateralism.

Nor is the lack of allied support proof of the wrongness or futility of a policy. After all, President Jefferson proposed an anti-piracy coalition with Europe “to compel the piratical states to perpetual peace.” But as Gerard Gawalt of the Library of Congress explains, “Jefferson’s plan for an international coalition foundered on the shoals of indifference” (sounds familiar). So, President Jefferson launched a unilateral war on piracy.

Upon France’s surrender in June 1940 and until America’s entry into the war in December 1941, Churchill’s Britain fought virtually alone against Hitler’s Germany. Churchill didn’t stop fighting for what he knew to be right, but the experience had a searing effect on him: “There is only one thing worse than fighting with allies, and that is fighting without them,” he said.

Closer to our time, President Reagan ordered unilateral military operations in Libya and Grenada, as has President Obama in Syria, Pakistan and Yemen. Both were right to do so.

On the other hand, allied participation is not proof of the rightness or soundness of a policy.

The United States was part of U.N.-blessed international coalitions in Lebanon in 1983, Somalia in 1992-1993 and Libya in 2011. And each of these well-intentioned missions turned into disasters.

Thirty countries contributed troops to the laughably misnamed U.N. Protection Force (UNPROFOR), which stood aside, Pilate-like, as Slobodan Milosevic strangled and mangled Bosnia in the first half of the 1990s. The low point came when Serbian militia surrounded UNPROFOR’s so-called “safe haven” in Srebrenica and murdered 7,000 Bosnian-Muslim men. Allied participation did nothing to save them from mass-murder.

So, while it may be ironic that President Obama has deployed U.S. forces to wage war against ISIS in Iraq and Syria without U.N. authorization and without much allied assistance, it shouldn’t really matter. If the cause is just, if the mission serves the national interest, if it meets constitutional muster (a subject for another essay), the number of allies involved is irrelevant.