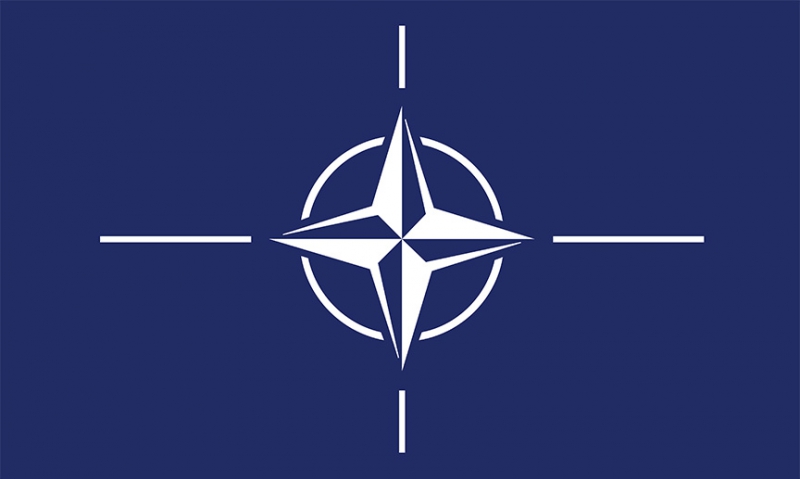 Like most bullies, Russian strongman Vladimir Putin masters in turning imagined wrongs into grievances and pretexts. The latest example is Russia’s just-released national security strategy, which blames tensions in Europe, in part, on NATO’s “expansion of the alliance” and “moving military infrastructure closer to Russia’s borders.” This echoes Putin’s long-held belief that NATO violated agreements made at the end of the Cold War not to expand. The only problem with Putin’s narrative is that it doesn’t correspond with history or reality. As the Brookings Institution’s Steven Pifer details, Mikhail Gorbachev “made clear there was no promise regarding broader enlargement.” Gorbachev himself concedes, “The topic of NATO expansion was not discussed at all.”

So, the alliance didn’t double-cross its way to the Russian border. In fact, NATO grew through a transparent process that allowed East European states to pursue or decline membership on their own volition – and encouraged the sort of political, institutional and economic reforms that diminished tensions with post-Soviet, pre-Putin Russia. But under Putin, “Russia has bad relations with all the democratic countries on its borders,” as Estonian President Toomas Hendrik Ilves observes. “That should make one think.”

Putin won’t be confused by the facts. He’s intent on settling old scores – real or imagined. Thus, he has lopped off part of Georgia for daring to turn toward the West, annexed Crimea and invaded Ukraine for flirting with the European Union, waged cyberwar against the Baltics and threatened Poland with nuclear attack, massed troops on the borders of NATO’s newest members, doubled his military budget and remilitarized his Arctic territories.

The good news is that Putin now faces a NATO alliance that seems reunified and renewed in purpose.

For too long, according to NATO Commander Gen. Philip Breedlove, NATO has “hugged the bear” – a reference to Western efforts to reassure Russia, carve a special Russian place within NATO headquarters, and downgrade the quantity and quality of military assets in Europe. What NATO has gotten in return, Breedlove concludes, is “a revanchist Russia that has put force back on the table as an instrument of national power” – a Russia that is “blatantly attempting to change the rules and principles that have been the foundation of European security for decades.”

That explains why NATO is returning to its primary mission of deterrence.

Since its founding, NATO has been an insurance policy against worst-case scenarios. For the United States, NATO serves as a hedge against disaster and diminishes the likelihood of the very worst of the worst-case scenarios: another European conflict triggering another global war. For NATO’s other members, NATO is a security guarantee backed by the United States. Without that guarantee, there is no security, as history has a way of reminding those on the outside looking in, from Cold War Hungary to post-Cold War Ukraine.

NATO’s insurance policy depends on credibility, which brings us to the anxiousness of NATO’s easternmost members. Citing “the aggressive Russian actions in Ukraine, including the illegal and illegitimate annexation of Crimea, the support to separatists in Ukraine, as well as Russia’s military activities in our neighborhood,” political leaders from NATO’s eastern flank – Lithuania, Latvia, Estonia, Slovakia, Bulgaria, Hungary, Romania, Poland and the Czech Republic – have called for “a robust, credible and sustainable Allied military presence in our region.” Toward that end, Poland’s foreign minister believes the alliance will use its upcoming Warsaw summit, to “open the process of building an Allied presence in Central and Eastern Europe.”

The worries expressed by NATO’s newest members are well-founded. Last month, the Russian military announced it had reactivated the 1st Guards Tank Army, a large armored force based in western Russia equipped with some 500 T-72 and T-80 main battle tanks. In January, Moscow unveiled plans to deploy three new divisions on Russia’s western borders. There were 160 Russian incursions into Baltic airspace in 2015. After attending the annual Conference of European Armies, retired Army Gen. Robert Scales reported that the consensus among European military brass is that “Putin’s most dangerous and perhaps most likely next move will be against the Baltic states.”

As Putin himself boasts, “If I wanted, Russian troops could not only be in Kiev in two days, but in Riga, Vilnius, Tallinn, Warsaw or Bucharest.”

Within range of Putin’s unmarked armies and clever brand of anonymous warfare, Eastern Europe’s leaders understand that if Putin follows his Ukraine playbook and covertly violates the sovereignty of the Baltics, he will force NATO to blink or fire back. Neither alternative leads to a happy outcome. The former means NATO is neutralized and neutered – Putin’s goal, as Breedlove explains, is “to fracture” or “bring disillusion to ... NATO” – the latter means war.

The best way to prevent that scenario is to answer Eastern Europe’s SOS and base permanent NATO assets where they are most needed: on the territory of NATO’s most-at-risk members. That’s what the alliance did during the Cold War, and it kept the peace – as it will today.

Scales advocates deployment of “a heavy-armored brigade in each Baltic state and two in neighboring Poland.” In a similar vein, Daniel Gouré of the Lexington Institute argues, “It is time to send the U.S. Army back to Europe, where it can effectively deter Russia.”

Gouré and Scales are on to something. The reason Poland wants a U.S. Army brigade on Polish soil is the same reason U.S. forces were based in West Berlin during the Cold War and have been on the 38th Parallel since 1953: American tanks and troops send an unmistakable message that crossing this line means you are going to war against the United States – no ambiguity, no question marks, no doubts about the consequences. This is the essence of deterrence, and it works. The goal is not to start a war but quite the opposite: to prevent what Churchill called “temptations to a trial of strength.”

What NATO’s easternmost members are requesting is feasible, compatible with NATO’s core mission and militarily credible.

First, NATO has about 3.3 million men under arms and accounts for 60 percent of world military spending. In short, the alliance can do this – but only with a renewed commitment to its enduring mission of deterrence.

Regrettably, most NATO members have been hacking away at NATO’s deterrent strength, which explains NATO’s urgent call that each member invest at least 2 percent of GDP in defense. Only five of NATO’s 28 members – the United States, Britain, Greece, Poland and Estonia—meet that standard today. Turkey invested 5 percent in 2001, 1.7 percent today; France 2.5 percent in 2001, 1.8 percent today; Italy 2 percent in 2001, 1 percent today. Britain is using accounting tricks to remain above the 2-percent threshold. U.S. defense spending has tumbled from 4.7 percent of GDP in 2010 to 3.1 percent today, headed for 2.7 percent by 2019. These years of underfunding have led to “alarming deficiencies in the state of NATO preparedness,” according to the British government. For example:

• Only 42 of Germany’s top-of-the-line 109 Eurofighters are in flying condition. At the height of the Cold War, West Germany had 2,125 Leopard II tanks. Today, the German army has just 225. The Washington Post reports that just 70 of Germany’s 180 armored vehicles are capable of deployment, and only seven of the German navy’s 43 helicopters are flight-ready.

To revive the common defense, every NATO member should lift their defense budgets to NATO’s 2-percent standard by a date certain; each member should invest in such a way that serves the most urgent needs of the alliance; and Washington should lead from the front by reversing sequestration’s devastating cuts.

The good news is that 16 NATO members increased defense spending in 2015, European defense spending is up 8.3 percent in 2016, and the White House has requested a quadrupling of U.S. military spending earmarked for Europe – from $789 million to $3.4 billion.

Second, let’s consider the request in context of NATO’s core mission: deterrence. The Baltics can be forgiven for wanting a more permanent, more tangible commitment from NATO. After all, NATO didn’t begin drawing up contingency plans for defending the Baltics (which joined the alliance in 2004) until after Russia’s 2008 invasion of Georgia. Some members of the alliance worried that such contingency planning would provoke Moscow. In fact, the very opposite is true. Putin’s assaults on non-NATO members Ukraine and Georgia – and non-intervention in the Baltics – strongly suggest that he takes NATO’s collective-defense commitment seriously, at least for now.

Critics of a more robust commitment to NATO’s easternmost members worry about their remote location and strategic-depth issues. But few places were less defendable than West Berlin during the Cold War, which was literally surrounded by Soviet bloc armies. Yet NATO maintained permanent forces on that remote island of freedom to deter Moscow.

Third, permanent bases in the Balts and Poland would yield military-strategic benefits. It would send a clear message to Moscow, but an unmistakably defensive one. Although a U.S. armored brigade packs a punch – some 3,000 soldiers, 150 tanks and Bradley fighting vehicles, and dozens of howitzers – Russia’s military high command knows a Baltic-based brigade could not invade Russia.

Still, many such deployments come with an asterisk. In 2014, NATO promised to deploy assets in Eastern Europe on a “rotational basis.” In 2015, the alliance unveiled plans for a chain of command centers in Eastern Europe staffed by 50 personnel each. When NATO’s frontline states hear the word “rotational,” it leaves the strong impression that they are less important than other members of the alliance. And command centers that amount to 50-person offices aren’t much of a deterrent to Moscow.

Saying yes to NATO’s easternmost members by basing permanent assets on their territory will make it clear to them – and to Putin – that NATO’s security guarantee is as valid for NATO’s youngest members as it is for NATO’s oldest members.