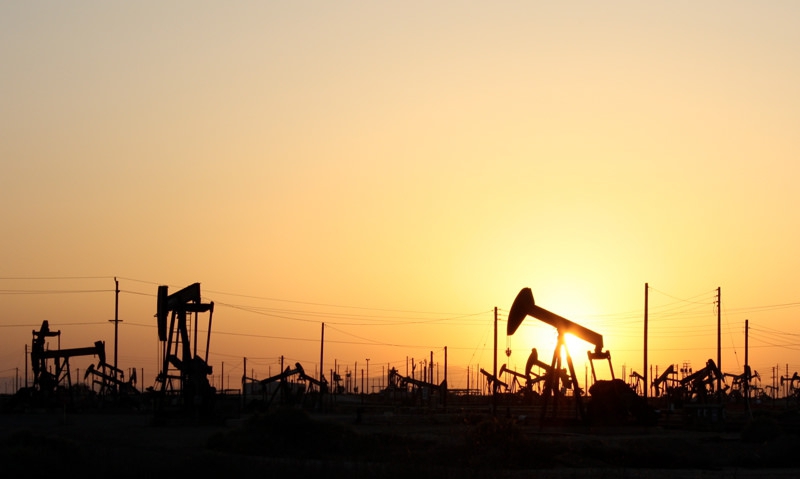 “My administration will seek not only American energy independence,” President Donald Trump recently declared, “but American energy dominance.” To be sure, the president is given to hyperbole at times, but in this case his word choice reflects the very real possibilities that await the United States in the transformed energy landscape of the 21st century.

For some time, America has had the resources and reserves to dominate global energy markets. Now it appears to have the will to do just that. The implications are far-reaching. But don’t take my word for it: Gen. James Jones (who served as national security advisor to President Barack Obama) concludes, “We are blessed with abundant and diverse energy resources that are unmatched anywhere else in the world. What we do with this abundance and diversity will have geostrategic consequences that we are just now beginning to comprehend.”

Before getting into some of the implications of this energy-resource reversal, let’s look at some of the numbers behind the president’s rhetoric.

• Geologists call the Rocky Mountain states “the Persian Gulf of gas,” thanks to discoveries of between 165 trillion and 260 trillion cubic-feet of natural gas.

• The U.S. Geological Survey (USGS) estimates that the Arctic holds some 90 billion barrels of oil. About a third of the oil is in Alaskan territory. Another USGS study concludes that North Dakota and Montana hold 3 to 4.3 billion barrels of recoverable oil.

• Oil fields in the United States swath of the Gulf of Mexico could yield 6 billion barrels. A field off the Louisiana coast holds some 15 billion barrels of oil.

• Conventional reserves are just a tiny part of the picture. The United States possesses vast deposits of oil-shale and oil-sands. The Government Accountability Office reports that oil-shale deposits in Colorado, Utah and Wyoming “contain up to 3 trillion barrels of oil, half of which may be recoverable.” As RAND’s James Bartis has observed, “We’ve got more oil in this very compact area than the entire Middle East.” Utah alone holds up to 19 billion barrels of oil in its oil-sands.

Add it all up, and the International Energy Agency projects that the United States will, in effect, be energy self-sufficient by 2035.

So what changed? America’s “newfound” oil and gas deposits were always there. But as the price of oil increased, the cost of exploring, extracting and converting less-conventional and less-accessible sources of hydrocarbon energy has become more economical – thus transforming America’s energy position from one of dependence to independence and perhaps soon to dominance.

That brings us to the implications – economic, military, geopolitical – of this stunning role reversal.

Before leaving his post as Joint Chiefs chairman, Gen. Martin Dempsey observed that “an energy-independent” America “has the potential to change the security environment around the world.” Toward that end, he urged policymakers to view “energy as an instrument of national power.”

Trump is eager to do exactly that.

According to the American Petroleum Institute, taking full advantage of domestic oil reserves could decrease foreign oil imports by 79.7 percent. Yet the goal of building a thriving energy sector should not be autarky and isolation, but rather independence and security from undependable suppliers. Millions of extra barrels of American oil flowing into the global oil market will enable the law of supply and demand to steady the price of oil and gasoline, and thus deprive unsavory regimes of revenue and power.

As Trump observes, “For over 40 years, America was vulnerable to foreign regimes that used energy as an economic weapon.” Indeed, the economic, military and human costs associated with maintaining the energy status quo have been enormous for America. Dependence on Middle Eastern oil has forced the United States to prop up regimes that flout American values (Saudi Arabia), to avoid directly challenging them (Iran), and to wage war for them (Kuwait) and against them (Iraq).

But note Trump’s use of the word “was.” The president clearly believes the days of America being held hostage by oil cartels and petro-dictators are over.

America’s reemergence as an energy superpower is positioning Washington to recalibrate America’s relationship with the Middle East from that of pusher and user to a more normalized state. Thus, the process of off-shore balancing that began under Obama – a process characterized by a shift from highly-visible, large-scale, long-term deployments to lower-profile, small-footprint missions and even disengagement in some cases -- appears likely to continue under Trump.

In addition, pumping more American oil into the global market will weaken Russia’s one-dimensional economy, limit the Russian government’s influence and deprive the Russian military of resources. “If we increase our supply of oil, especially into Eastern Europe,” as Dempsey suggested in 2014, “we will dent Russia’s leverage on other countries and reduce the revenues that fund Russia’s aggression.”

If Trump’s July visit to Poland is any indication, he plans to follow Dempsey’s playbook. “We are committed to securing your access to alternate sources of energy,” the president bluntly declared in his address to the Polish people, “so Poland and its neighbors are never again held hostage to a single supplier of energy.”

Meanwhile, in Asia, China recently became the world’s largest net importer of oil. China depends on Saudi Arabia, Iraq, Iran, Oman, Russia, Angola and Venezuela -- all at risk of instability or outright collapse – for 72 percent of its oil. That figure is rapidly rising, even as the U.S. cruises toward energy independence. Perhaps in a reversal of the past quarter-century, the years ahead will see an energy-thirsty China forced to expend its resources to protect, prop up and bail out oil-cartel regimes – while America grows its economy and fuels the prosperity of free nations.

Indeed, Trump contends this “golden era of American energy” will bring “new opportunity to the heartland, new prosperity to our inner cities and new infrastructure all across our nation.” To hasten this new era, Trump has unveiled a number of energy-related initiatives, including: removing regulatory barriers to energy development, eliminating anti-coal regulations, authorizing energy-infrastructure projects, reviving the nuclear-energy sector, approving long-languishing pipeline projects, clearing restrictions on the sale of natural gas overseas, and opening offshore sources of oil and natural gas.

“Captives crave independence; competitors strive to dominate,” Kevin Book of ClearView Energy Partners observes, intentionally echoing the president’s terminology. “It’s a shift from getting by to getting ahead.”