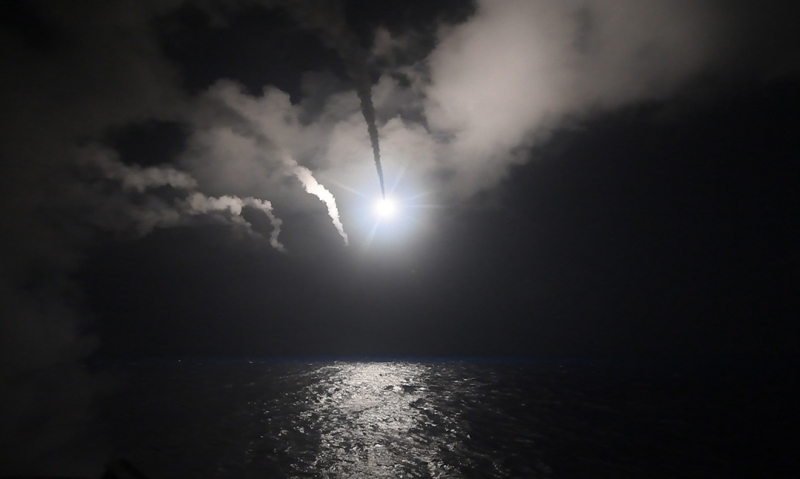 Funding for the Missile Defense Agency (MDA) got a major boost in the recent budget back-and-forth, jumping to $11.5 billion for fiscal 2018 – a 40 percent increase over fiscal year 2017. With a paranoid Pyongyang and a terrorist Tehran testing longer-range missiles, let’s hope the renewed interest in, and resources for, missile defense are not a case of too little too late.

Before digging into the worrisome developments in Iran and North Korea, it’s worth spending a moment on some good news related to missile defense.

In April, the Army’s main missile defense systems -- the Patriot system and Terminal High Altitude Air Defense (THAAD) system -- “exchanged messages through tactical data links and verified interoperability,” MDA reports. This is a key step toward integrating the two systems; the Army plans to have a seamless Patriot-THAAD architecture by 2020.

With a wary eye on North Korea, South Korea’s government allowed the deployment of a THAAD battery in summer 2017.

Related, Defense Secretary James Mattis recently confirmed that the Pentagon is “looking at Aegis Ashore to protect our Pacific areas.” Plus, an Aegis Ashore battery was activated in Romania in 2016; another is scheduled to come online in Poland in 2020.

Over in Iran’s neighborhood, the United States opened its first military base on Israeli soil late last year. The base, located on the grounds of an Israeli air force facility, is expressly for “operating a missile-defense system,” Real Clear Defense reports.

Here at home, this year’s new stream of funding will speed deployment of additional ground-based interceptors (GBI) in Alaska and California, building the U.S. GBI arsenal to 64 by 2023. (There are currently 44 GBIs emplaced at Fort Greely, Alaska and Vandenberg AFB, Calif.)

In addition, there are 33 Aegis ballistic missile defense warships in the U.S. fleet. There are six active THAAD batteries sprinkled across U.S. territories, the UAE and South Korea. And there are 19 nations, along with the NATO alliance, collaborating with the United States on missile defense. This international missile defense coalition spans four continents.

Underpinning all of this is a renewed commitment to missile defense among policymakers.

Toward that end, Mattis ordered the Pentagon to conduct a Missile Defense Review (the findings are expected sometime this month). Related, missile defense is one of the Pentagon’s priority funding areas for fiscal year 2019. Next year’s budget request, according to Mattis, features “investments in space and cyber, nuclear-deterrent forces, missile defense, advanced autonomous systems, artificial intelligence, and professional military education.”

Several Pentagon leaders are eager to move missile defense forward in its evolution. James Anderson, the new assistant secretary of defense for strategy, plans and capabilities, is a long-time advocate for missile defenses. As Defense News notes, Anderson, an academic from the Marine Corps University, “literally wrote the book on missile defense.” It’s titled “America at Risk: The Citizen’s Guide to Missile Defense.”

Michael Griffin, the former NASA administrator who is now undersecretary of defense for research and engineering, has expressed support for developing airborne boost-phase missile defenses, perhaps to include lasers. “It was feasible many years ago,” he explains. “What we have lacked in the missile defense arena until recently was the will, not the technology, not the means.” He argues that the Pentagon and industry partners need to look at “technologies that were pioneered in the 1980s and the early 1990s, and now stand available for renewed effort,” such as “directed energy” weapons based in space.

Related, MDA director Lt. Gen. Samuel Greaves says it may be time to “move the sensor architecture to space and use that advantage of space in coordination with our ground assets to relieve the gaps” in America’s ability to track hostile missile launches.

Finally, missile defense has gained bipartisan support in Congress. For example, Senate Minority Leader Charles Schumer, D-N.Y, has urged the Pentagon to consider New York as a possible third site for the GBI system (along with existing sites in California and Alaska).

The reason for this renewed commitment to missile defense is the nature of today’s missile threats. Three decades ago, there were nine countries that fielded ballistic missiles. Today, there are 31.

Several of these missile-wielding countries are unfriendly (Iran and North Korea) or unstable (Pakistan and Egypt) or under internal threat (Saudi Arabia) or all of the above (Syria). Some missile threats aren’t even countries: Hezbollah has a massive arsenal of rockets and missiles, and an Australian man was arrested in 2017 for helping ISIS “develop ... long-range guided missile capabilities.”

Because of the nature of their regimes, North Korea and Iran are perhaps the most worrisome of the world’s missile threats. To be sure, other regimes have larger, more lethal arsenals (China and Russia), but those other regimes are rational and relatively stable, which means the old rules of deterrence apply. That may not be the case with Iran and North Korea, which is why the deployment of missile defenses is so important.

Recent diplomatic developments on the Korean Peninsula offer reason for cautious optimism, but we are a long way from peace. Besides, actions always speak louder than words.

According to MDA, North Korea “has conducted an unprecedented level of nuclear tests and ballistic missile launches since 2016, including its fourth and fifth nuclear tests, as well as its short-range, medium-range, intermediate-range, long-range and submarine-launched ballistic missile (SLBM) launches.” In addition, “North Korea is developing and has paraded ... two road-mobile ICBMs which, if successfully developed, would likely be capable of reaching much of the continental United States.”

Indeed, Pentagon officials assess North Korea’s nuclear-capable KN-08 mobile ICBM system to be operational. That would bring all of Alaska, Hawaii and the western part of the continental United States in range. In mid-2017, North Korea test-fired what appears to be a full-fledged ICBM. Around that same time, U.S. intelligence agencies reported that Pyongyang has produced as many as 60 nuclear warheads. All of this raises the specter of nuclear blackmail, widespread nuclear proliferation, EMP attack and nuclear attack.

In 2015 and again in 2016, Iran tested missiles capable of delivering nuclear weapons – in violation of U.N. Security Council resolutions.

MDA reports that Iran has the “means and motivation to develop longer-range missiles, including ICBMs. In April 2016, Iran launched the Simorgh space launch vehicle (SLV), which could be capable of intercontinental ballistic missile ranges if configured as such. Iran may be able to deploy an operational ICBM by 2020.”

In fact, in July 2017, Iran launched a rocket capable of delivering satellites into orbit, prompting the United States, Britain, France and Germany to declare that such rockets “are closely related to those of ballistic missiles, in particular to those of an intercontinental ballistic missile.”

These are regimes, it pays to recall, that normalize terrorism into basic government functions, threaten to wipe neighboring countries off the face of the earth and are serial violators of international nuclear agreements.

Missile defenses should not and cannot be the only means of trying to protect America from the mushrooming missile threat. Diplomacy and treaty enforcement, nonproliferation regimes, deterrence, “left of launch” strategies, hardening of vulnerabilities, counterproliferation capabilities, and cyber-weapons and other non-kinetic tools all must be brought to bear as well. However, since treaties are only as good as the character of the governments that sign them, since irrational regimes may very well be immune from deterrence, since counterproliferation via preemptive military action is a high-risk proposition (as the George W. Bush administration learned in Iraq), and since counterproliferation via third parties leaves much to chance and mischief (as the Obama administration learned in Syria), robust and ready missile defenses must be part of the answer to the missile threat. Like an insurance policy for home or health, America needs to invest in missile defense in order to prepare for – and survive – the worst.

Without question, fielding a defense against missile attack – like all forms of national defense – costs money. Critics always latch on to the system’s costs as reason to downgrade or kill missile defense. However, building a shield against accidental missile launches and missile-armed madmen is not the cause of our fiscal woes. Between fiscal 1985 and fiscal 2017, the United States invested a total of $189 billion on missile defense development at MDA. Spread over 33 years, that translates into $5.7 billion annually. In comparison to the Pentagon’s budget or the size of big-ticket social programs or the overall federal budget, the amount invested in missile defense is a rounding error.

Moreover, if an American city is ever maimed by missile attack– whether accidental or intentional – the question policymakers will have to answer is not "Why did you spend so much?" but rather, "Why didn’t you do more to protect us?"