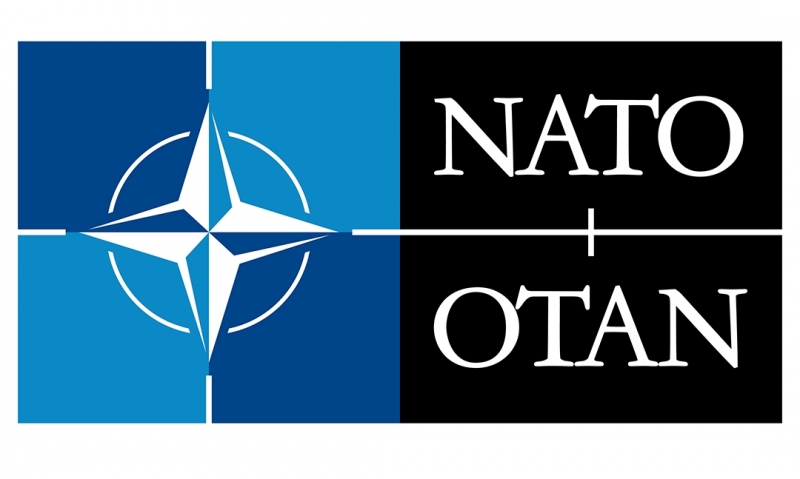 “The United States is spending far more on NATO than any other country,” President Trump bluntly observed earlier this year. “This is not fair, nor is it acceptable.” This follows his suggestion that he would come to the defense of NATO members under attack only if they had “fulfilled their obligations to us.” In reaction, Chancellor Angela Merkel of Germany warily concludes, “It is no longer such that the United States simply protects us…Europe must take its destiny in its own hands.”

Coming from the two largest members of the NATO alliance -- the United States is NATO’s political-military linchpin, Germany NATO’s geographic center -- these are worrisome words. Trying to put a positive spin on these angry exchanges, a European diplomat compares it all to “fights among families ... things can get nasty, but it's still a family.”

But to extend the diplomat’s metaphor, even families can break apart.

President Trump’s call for the rest of the alliance to invest more in defense is not unwarranted. Even NATO Secretary General Jens Stoltenberg concedes, “We still do not have fair burden-sharing within our alliance.”

That’s an understatement. During the Cold War, the United States accounted for 50 percent of NATO military spending, today 72 percent.

Neither is President Trump’s admonition unprecedented. Long before the Trump presidency, Defense Secretary Robert Gates warned of the “demilitarization of Europe.” What was “a blessing in the 20th century,” he observed, had become “an impediment to achieving real security and lasting peace in the 21st.”

To rectify this problem, NATO defense ministers agreed in 2006 “to commit a minimum of 2 percent of their GDP to spending on defense.” In 2014, the alliance called on members “to move towards the 2-percent guideline within a decade.” Only eight members will meet that standard by the end of this year. European members invest an average of 1.4 percent on defense. Germany spends just 1.24 percent of GDP on defense. Britain is using accounting tricks to stay above the 2-percent mark, shifting monies from the Foreign Office to defense. Canada was below 1 percent until this year.

But defense spending -- or lack thereof -- is not President Trump’s only concern, especially regarding Germany.

“Germany,” President Trump said during this year’s NATO summit, “is a captive of Russia because it’s getting so much of its energy from Russia.”

This understandably offended Merkel. But again, President Trump’s assessment is on target, even though his words and tone are off.

Germany relies on Vladimir Putin’s Russia for much of its energy. About half of Germany’s natural gas, 40 percent of Germany’s oil and 30 percent of Germany’s coal comes from Russia. Whether or not that makes Germany “captive” to Russia, it’s worrisome to have the geographic heart of the NATO alliance dependent on Putin for these vital resources.

It’s not hard to imagine Putin using this as leverage during some future crisis. In fact, he already has. In 2009, in the dead of winter, Russia shut off natural-gas flows bound for Ukraine, Bulgaria, Hungary and Greece (all but Ukraine are NATO members).

That episode underscores why the growing transatlantic divide must be bridged. The threat from Moscow may be different than it was during the Cold War, but it’s real.

In the past decade, Putin’s Russia has:

Europe may resent America’s economic strength, cultural clout and zigzagging foreign policy. The United States may resent shouldering a heavier burden than Europe on the international stage. America’s president and Germany’s chancellor may flat-out despise each other. But Europe and the United States need each other to keep the peace on a continent that has spawned two world wars. And both sides of the Atlantic should remember that NATO’s purpose is “to promote stability and well-being in the North Atlantic area.”

What should America do to shore up the transatlantic bridge?

First, Washington should learn what every good coach knows innately: praise in public, criticize in private. President Obama failed this measure of leadership by publicly criticizing his French and British counterparts. President Trump has failed by being so vocal and public about what he sees as foot-dragging and free-riding in Europe. The president is right to challenge the allies to do more, but how he has made his case is wrong.

Second, Washington should stop viewing everything at NATO in transactional terms. According to Defense Secretary James Mattis, “NATO is vital to our interests.” Indeed, it represents a foundation stone in the liberal international order, an insurance policy against great-power war, a readymade structure for building coalitions of the willing, a bridge to global hotspots and a force-multiplier for U.S. power. As several former NATO commanders conclude, “There is no hope for the U.S. to sustain its role as the world’s sole superpower without the Europeans as allies.” Adds Adm. James Foggo, commander of U.S. Naval Forces-Europe, “We couldn’t do all the missions that we do without our forward-deployed forces in Europe, and we couldn’t do this without partners.”

The general officers know that protecting our interests and our civilization, preserving some semblance of order, responding to natural disasters and man-made chaos -- these missions depend on NATO infrastructure in places like Lakenheath, Ramstein, Morón, Aviano and Incirlik.

Third, America must keep its word. President Obama failed this in relation to missile-defense plans for Eastern Europe and by failing to enforce his own red line in Syria. President Trump has failed this measure of leadership by moving the goalposts on defense spending and by raising doubts about America’s security guarantee.

As to America’s commitment to Europe’s security, President Trump’s 2017 Warsaw address affirming “that we stand firmly behind Article V" and calling on Russia “to cease its destabilizing activities” was a step in the right direction. His performance in Brussels this summer was a step backwards.

Europe also has work to do.

First, the allies must make good on their 2-percent commitment. Until Russia is fully and truly liberalized -- something that won’t occur until Putin is gone -- building up the common defense is the best way to defend NATO and deter Moscow. What Churchill said of his Russian counterparts is true of Putin and his generals: “There is nothing they admire so much as strength, and there is nothing for which they have less respect than for weakness.”

Devoting 2 percent of GDP to the common defense sends a signal of seriousness and solidarity, and it will prevent NATO’s devolution from an all-for-one alliance into a one-for-all public good.

No doubt spurred by President Trump, NATO saw in 2017 its biggest spending increase in 25 years. In 2014, only three NATO nations spent 2 percent of their GDP on defense. By 2024, two-thirds of the alliance will reach 2 percent. France is on track to reach the 2-percent threshold by 2022. Norway increased defense spending 9.8 percent in 2016-2017. The Czech Republic will increase the size of its military 63 percent by 2025. Germany is adding 20,000 troops to its ranks.

Second, the allies must prove that NATO’s security guarantee is as valid for the newest members of the alliance as it is for the oldest.

Toward that end, NATO nations have forward-deployed units in the Baltics and Poland “to unambiguously demonstrate” their determination to defend the easternmost members of the alliance. U.S., Canadian, German and British units are spearheading the effort.

In addition, NATO defense ministers recently approved plans to create new commands to improve the movement of troops across the Atlantic and within Europe. The newly-minted Four 30s Plan -- an alliance-wide commitment to have the capability to deploy 30 mechanized battalions, 30 squadrons of strike aircraft, and 30 warships within 30 days of a go order -- is another indication of NATO’s willingness to answer Russia’s aggressive moves.

Within easy range of Putin’s unmarked armies, Eastern Europe’s leaders understand that if Putin follows his Ukraine playbook and covertly violates the sovereignty of the Baltics, he will force NATO to blink or fire back. Neither alternative leads to a happy outcome. The former means NATO is neutralized. The latter means war. The best way to prevent those dire scenarios is through unity of purpose, allied cohesion, deterrent military strength, clarity of intent and frank dialogue with Moscow. That’s how NATO prevented the Cold War from turning hot, and it’s the best roadmap for Cold War 2.0.

Third, NATO’s political leaders must do a better job highlighting the stark differences between Putinism and the principles NATO defends. They should relentlessly point out the vast freedom gap between Russia and its neighbors, use international forums to detail Putin’s outlaw behavior, and offer a platform to Putin’s enemies: journalists, religious minorities, NGOs, political dissidents. “A little less détente,” as President Reagan counseled, “and more encouragement to the dissenters might be worth a lot of armored divisions.”

Related, allies like Germany need to minimize their exposure and connection to Putin. In 2009, NATO urged members to pursue a “stable and reliable energy supply” and “diversification of routes, suppliers and energy sources.” In 2018, NATO declared, “It is essential to ensure that the members of the alliance are not vulnerable to political or coercive manipulation of energy, which constitutes a potential threat.” Poland has cut its dependence on Putin’s Russia and turned to the U.S. for liquefied natural gas. Germany should follow Poland’s example.

Finally, NATO leaders must see Russia as it is, not as they hope it to be. The implication of President Obama’s well-intentioned “Russian reset” was that Putin wanted a partner, if only Washington would change its approach to Moscow. That hypothesis has been obliterated. Putin’s Russia invaded Georgia during the “with us or against us” Bush administration, dismembered Ukraine during the “lead from behind” Obama administration, and armed the Taliban during the “wouldn’t it be nice if we actually got along with Russia?” Trump administration. Putin -- not Washington -- is the problem. And NATO is part of the solution -- still.