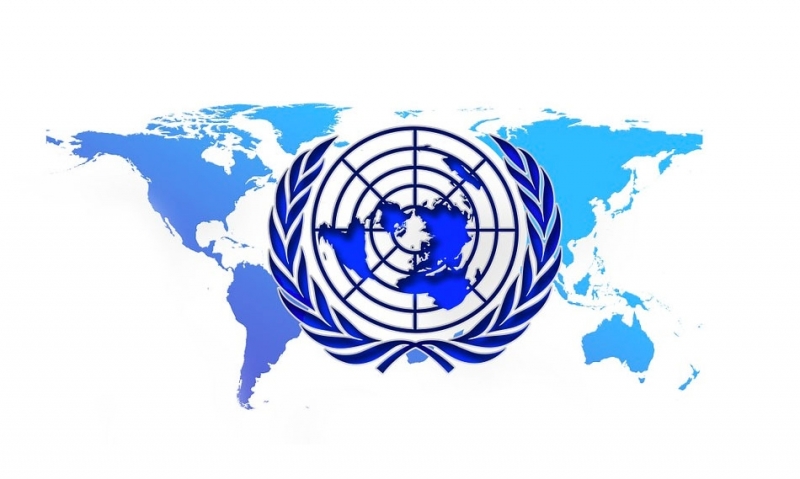 The United Nations' many critics have talked about reforming or even replacing the body for decades. But only recently has there emerged a bipartisan, international coalition urging Western governments to pursue an alternative to the enfeebled U.N. A partnership of liberal democracies is an idea whose time has (finally) come.

It’s not difficult to build a case against the U.N. That case is made every day in the morning headlines.

Former U.N. Secretary General Ban Ki-moon describes Syria as proof that the U.N. Security Council (UNSC) is “incapable of taking collective action.” Indeed, since 2012, U.N. bodies have passed dozens of resolutions and reports related to Syria. But the U.N.’s barrage of words has done nothing to protect Syria’s civilians from barrel-bombs and chemical weapons.

The Assad regime began deploying chemical weapons in December 2012. In September 2013, as the United States prepared to respond militarily to Assad’s gassing of Ghouta, Russia proposed a dubious deal whereby Syria would place its chemical arsenal under international control, in exchange for assurances Washington would not launch punitive military strikes.

The deal was co-implemented by the U.N. and the Organization for the Prohibition of Chemical Weapons, an “autonomous international organization with a working relationship with the United Nations.” Evidence of the deal’s failure is everywhere. The New York Times, April 8, 2018: “Dozens Suffocate in Syria as Government Is Accused of Chemical Attack.” Time, Sept. 14, 2016: “Assad Regime Used Chemical Weapons in Aleppo Days Ago.” The Washington Post, June 20, 2015: “Barbarism with Chlorine Gas Goes Unchecked in Syria.”

Moreover, Ban reminds us that the U.N.’s chemical-weapons failure is but a sideshow to its wider failure in Syria. “The vast majority of the killing and atrocities have been carried out with conventional weapons,” he observes. Some 500,000 people have died in Assad’s war. And the UNSC not only failed to stop the butchery, but failed to try. One member of the UNSC (Russia) even collaborated with Assad.

By mid-2017, Carla del Ponte had enough. A leading member of the U.N. commission cataloguing Syrian war crimes, del Ponte resigned, explaining, “I was expecting to persuade the Security Council to do something for justice. Nothing happened for seven years ... We are going nowhere.”

In a similar vein, Anthony Banbury, former U.N. assistant secretary general, resigned in frustration due to the U.N.’s “grievous” failures in Africa. “In early 2013, the United Nations decided to send 10,000 soldiers and police officers to Mali in response to a terrorist takeover of parts of the north,” he observes. “Inexplicably, we sent a force that was unprepared for counterterrorism and explicitly told not to engage in it.” He notes that the U.N.’s ill-fated peacekeeping mission in the Central African Republic includes troops from the Democratic Republic of Congo and the Republic of Congo “despite reports of serious human rights violations by these soldiers.” These so-called peacekeepers “have engaged in a persistent pattern of rape and abuse of the people – often young girls – the United Nations was sent there to protect.”

The United Nations Interim Force in Lebanon was charged with ensuring the “disarmament of all armed groups in Lebanon” and that “no authority other than that of the Government of Lebanon” exert control over Lebanon. Yet the Foundation for Defense of Democracies reports that Iranian-backed Hezbollah has “tripled the size of its arsenal, building almost 1,000 military facilities, including more than 550 weapons bunkers” in Lebanon.

U.N. fecklessness is anything but a new phenomenon. In 1994, as Rwanda’s Hutu-dominated military launched its machete massacre against the Tutsi population, U.N. peacekeepers were ordered to stand aside. Doing otherwise would have violated their mandate, which was limited to “monitoring.” Thus, 800,000 people were slaughtered, while the U.N. monitored the carnage.

To protect Bosnian-Muslim civilians from Bosnian-Serb militia, the U.N. created “safe havens” guarded by U.N. peacekeepers. In July 1995, Bosnian-Serb forces entered one of those safe havens (Srebrenica) and demanded that women and men be separated. The peacekeepers acceded to the demands; 7,000 Muslim males were then trucked away and murdered. “Here was genocide,” as historian Niall Ferguson grimly recalls. “Where was the United Nations? The answer is that it was right there; indeed, with grotesque irony, its forces effectively presided over the worst of the genocidal atrocities.”

Count America among the disappointed. History shows that U.S. presidents try to work through the U.N.

President Ronald Reagan answered the U.N.’s call for peacekeepers in Lebanon, as did President George H.W. Bush in Somalia. Bush 41 also used the U.N. to build a coalition to liberate Kuwait.

When President Bill Clinton insisted that UNSC resolutions related to Iraq’s WMD program be enforced, the UNSC shrugged. Only Britain offered to help. Clinton’s desire for international authorization to protect Kosovo from Milosevic found more intransigence at the UNSC.

Like Clinton, President George W. Bush called on the UNSC to enforce its own resolutions in Iraq. Yet it took eight weeks for the UNSC to agree on a resolution requiring Iraq to comply with existing resolutions. Even after U.N. weapons inspectors reported that Iraq had not complied with U.N. disarmament demands, the UNSC refused to act.

Between October 2011 and April 2018, Russia vetoed at least ten UNSC resolutions related to Syria. Obama, not unlike his predecessors, ended up building a coalition to fight ISIS inside Syria – outside U.N. auspices.

After Assad’s chemical-weapons attacks in 2017, President Donald Trump ordered missile strikes in Syria without seeking U.N. permission. After another chemical attack in 2018, Britain and France joined the United States in delivering a barrage of punitive strikes, again, without U.N. pre-approval.

It wasn’t supposed to be this way. According to the U.N. Charter, the UNSC’s responsibility is “the maintenance of international peace and security.” Yet there were at least 80 wars between the U.N.’s founding in 1945 and the end of the 20th century, dozens more this century. Of these, the UNSC has been able to authorize concerted collective action – not condemnation or concern, not observation forces, monitoring teams or no-fly zones -- on just two occasions: Korea in 1950 and Kuwait in 1990.

The problem, as former U.S. Ambassador to NATO Ivo Daalder observes, is that the U.N. is “beholden to its least cooperative members.” Thus, when faced with threats to peace, Washington is left with two unpalatable options: Allow the obstructionists to win, and let the threats metastasize. Or act without U.N. permission, and face the scorn of allied governments. Recall that America’s closest allies in Britain, Canada, Europe, Asia and the Pacific -- and to a growing degree, elements inside America – view the UNSC as the sole source of legitimacy for military action. (Many Americans would argue the only source of legitimacy for U.S. military action is the U.S. Constitution; that’s a subject for another essay.) Yet the UNSC’s permanent members have proven unable to agree on what constitutes a “threat to the peace.” This is how U.N. inertia affects U.S. security.

The lowest-common-denominator approach and diplomatic mischief that characterize the U.N. were inevitable byproducts of the U.N.’s systemic shortcomings. After all, this is an organization where the lawless are expected to respect the rule of law; where there’s no distinction between democracies and dictatorships; where, as Ferguson observes, “the seal of multilateral approval can be withheld by the unilateral action of just one other permanent member of the Security Council.”

Churchill foresaw this problem. Speaking about the U.N., he warned in 1946, “We must make sure that its work is fruitful, that it is a reality and not a sham, that it is a force for action, and not merely a frothing of words.”

Organizations as diverse as The American Legion and European Union, the Red Cross and Greenpeace, are “a force for action” because their members are united by shared values. What are the shared values that unite all 193 members of the United Nations? The answer to that question explains the growing support for a partnership of democracies to maintain some semblance of international order.

Leading this charge overseas is Anders Fogh Rasmussen, former secretary general of NATO. “The world’s democracies should unite in an Alliance for Democracy to strengthen the forces of liberty against the forces of oppression,” he argues. He has launched a global campaign to “revitalize the world’s democracies and ... bring them together in an unshakeable and undefeatable alliance for peace, prosperity and the advancement of democracy.”

Daalder, who worked in the Obama and Clinton administrations, also has called for an “alliance of democracies.” Historian Robert Kagan, foreign-policy adviser to Gov. Mitt Romney and the late Sen. John McCain, has written about the need for “a concert of democracies” that would enable liberal democracies to “protect their interests and defend their principles.” McCain championed “a worldwide League of Democracies” to “advance our values and defend our shared interests.” Even Trump – no fan of international institutions – has spoken of “a coalition of strong and independent nations ... to promote security, prosperity and peace.”

This idea is not new.

Although he is often criticized for being overly idealistic, President Woodrow Wilson realized that “A steadfast concert for peace can never be maintained except by a partnership of democratic nations. No autocratic government could be trusted to keep faith within it or observe its covenants.”

Churchill was a founding father of the U.N., but his words of warning about the U.N. suggest he had his doubts. “Civilization will not last, freedom will not survive, peace will not be kept, unless a very large majority of mankind unite together to defend them and show themselves possessed of a constabulary power before which barbaric and atavistic forces will stand in awe,” he cautioned.

As Yugoslavia descended and the U.N. dithered, Reagan called on democratic powers to rise to the occasion. “Just as the world’s democracies banded together to advance the cause of freedom in the face of totalitarianism,” he asked, “might we not now unite to impose civilized standards of behavior on those who flout every measure of human decency?”

While this partnership of democratic nations would effectively supplant the UNSC, the U.N. could still serve as a global assembly where all governments are represented. U.N. sub-agencies such as the World Food Program, UNICEF, UNESCO and the World Health Organization – organizations whose goals the big powers generally agree on – could continue their important work.

Instead of the constraints of UNSC unanimity, a partnership of democracies could authorize international action by three-fifths or two-thirds vote -- “No democracy requires unanimity to act domestically, and no community of democracies … should require unanimity to act internationally,” as historian Henry Nau observes – and then organize an international response. Such a partnership would be a “force for action,” in Churchill’s words, its members working to address threats to peace and defend their values – values that, by definition, the world’s autocracies do not share.