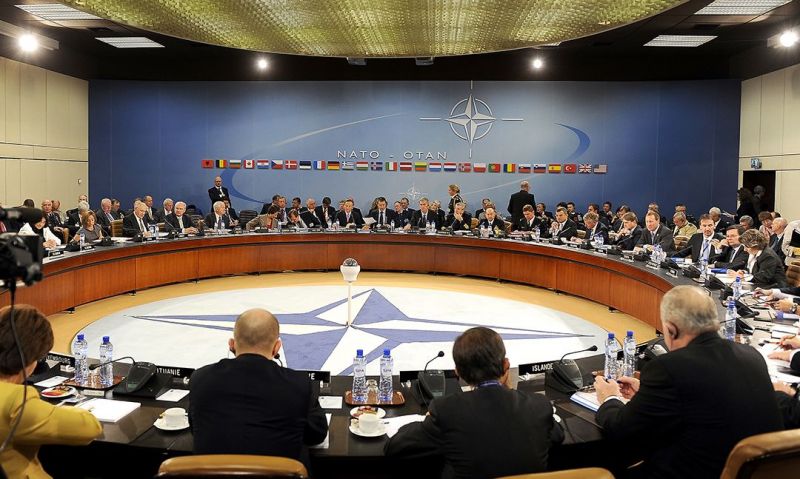 The past decade has been marked by a crescendo of U.S. criticism of the alliance. In 2008, for instance, Secretary of Defense Robert Gates openly worried about NATO devolving into “a two-tiered alliance of those who are willing to fight and those who are not." As he left his post in 2011, he complained about the “lack of will” and “lack of resources” among NATO’s European members. During the fight against ISIS, Secretary of Defense Ash Carter scoffed at “our so-called coalition” and implored “all the Europeans … to make more contributions.” At the end of his administration, President Barack Obama grumbled about “free riders” in Europe. At the beginning of his administration, President Donald Trump called NATO “obsolete” and “a bad deal for America.” But despite all the headaches and heartburn it causes, the NATO alliance continues to serve the national interest.

Before detailing how NATO serves U.S. interests, those of us who support NATO must admit that such criticism is not unwarranted. Simply put, some members of the alliance have failed to live up to the responsibilities of membership.

To address this problem, NATO in 2006 called on members “to commit a minimum of 2 percent of their GDP to spending on defense.” Yet by the end of 2019 — 13 years later — only nine of NATO’s 29 members will meet that standard. These years of underfunding, according to the British government, have led to “alarming deficiencies in the state of NATO preparedness.”

The good news is that many allies are getting serious about defense. In 2014, only three NATO members spent 2 percent of GDP on defense. By 2024, two-thirds of the alliance will reach the 2-percent-of-GDP standard.

The 2-percent target isn’t a be-all-end-all; there’s nothing magical about that number. However, devoting 2 percent of GDP to defense sends a signal of seriousness and solidarity, and it will prevent NATO’s devolution from an all-for-one alliance into a one-for-all public good.

“By the end of next year,” Stoltenberg recently reported, “NATO allies will add $100 billion extra toward defense ... The clear message from President Donald Trump is having an impact.”

“All allies have increased their defense spending,” Stoltenberg reported during his recent address to Congress. “Before they were cutting billions. Now they are adding billions.”

This newfound commitment to the common defense is posturing America’s NATO allies to respond to Russian mischief and aggression in the Arctic, the North Atlantic, the Baltic Sea, Eastern Europe and the Black Sea.

That brings us back to NATO and the national interest.

“Our alliance has not lasted for 70 years out of a sense of nostalgia,” Stoltenberg argues. “NATO lasts because it is in the national interest of each and every one of our nations.”

The first and most important way NATO serves U.S. interests is as a hedge against war. NATO, for lack of a better term, is an insurance policy that benefits both sides of the Atlantic.

Insurance, at its core, is about providing protection against worst-case scenarios. Prudent people hope they never have to use insurance, but they realize that paying a little each month or each year protects them against having to pay a lot — or losing everything — if disaster strikes.

For the United States, Article V insures against another European conflict triggering another world war. “The North Atlantic Treaty Organization,” as the Hoover Institution’s Josef Joffe explains, “has spared the U.S. a remake of World Wars I and II .... Staying in Europe after 1945 was a wondrous blessing; not a single shot was fired in Europe during the Cold War. It is always more economical to be in place than to have to fight your way back in.”

For the rest of NATO, Article V is insurance against invasion — a security guarantee backed by the United States. Without that guarantee, there’s no security, as history has a way of reminding those on the outside looking in — from Cold War Hungary to post-Cold War Ukraine.

Like all insurance policies, there are costs associated with NATO. A recent study revealed that U.S. defense expenditures earmarked for Europe amount to $36 billion per year. That’s a lot of money. But consider what we get in exchange for that insurance premium: a Europe not at war with itself, a Europe reinforced against invasion, a Europe free from any hostile power, and the vast trade and economic benefits that flow from these realities. Representing almost half of global GDP, NATO’s members are the engine of the world economy. U.S. trade with NATO allies is more than $1.6 trillion annually — about 30 percent of America’s overall trade.

In short, NATO is neither a drain on America’s treasury nor a chain dragging America into Europe’s wars. It’s the very opposite.

The “myth is that our allies are making us poor by free-riding on our military expenditures,” as Gen. William Odom, former director of the National Security Agency, argued before his passing. “How are we to explain that the United States has gotten richer than its allies? Proponents of this argument cannot explain why. They fail to realize that our military alliances, by lowering transaction costs, have facilitated the vast increases in international trade from which the United States profits enormously. Our military costs should be seen as investments that pay us back.”

A second — and often-overlooked — way NATO serves the national interest is in the message it conveys.

NATO is tangible evidence to the rest of the world that free government, free markets, free enterprise and the rule of law are a formula for lasting peace and prosperity; that deterrence is the best way to keep the enemies of civilization at bay; that shared values can transcend superficialities such as race, religion, color and creed; and that America keeps its word.

Third, many members of NATO have contributed directly to securing American interests.

It pays to recall that NATO was crucial to deterring the Red Army, winning the Cold War and ultimately transforming Eastern Europe from a Soviet-occupied buffer zone of communist dictatorships into a community of liberal democracies. All of these were national-security objectives of the United States that NATO helped secure.

After the Cold War, NATO’s infrastructure and interoperability helped reverse Iraq’s invasion of Kuwait. The alliance then stamped out ethnic-cleansing in Bosnia and Kosovo, stabilized Eastern Europe, formed the basis of multinational armadas that interdicted WMDs and combatted piracy, and prevented a Bosnia-style bloodletting in Libya. Again, all of these were national-security objectives of the United States that NATO helped secure.

NATO’s non-U.S. members spend around $300 billion on defense annually. As the Atlantic Council, these members field 1.857 million active-duty personnel, 1.2 million reserves, 6,983 main battle tanks, 2,612 warplanes, 382 attack helicopters and 252 warships. Today, as during the Cold War, these assets are being put to use to deter Russia. At U.S. urging, NATO recently approved the “Four 30s Plan,” under which NATO allies pledge to have the capability to deploy 30 troop battalions, 30 squadrons of strike aircraft, and 30 warships within 30 days of a go order.

Fourth, NATO is a vital bridge to global hot spots, a readymade structure for building coalitions and a force-multiplier for U.S. power.

Immediately after the 9/11 attacks, NATO dispatched AWACS planes to guard America’s skies, freeing up U.S. assets to target the Taliban and al-Qaida in Afghanistan.

In the long campaign of campaigns that followed 9/11, NATO has played a key role fighting our common enemy in Afghanistan, where 1,050 European, Canadian and Turkish NATO personnel have been killed in action. “We went in together,” Stoltenberg vows. “And when the time comes, we will leave together.”

NATO formed the core of the coalition that took down Saddam Hussein’s terrorist tyranny in Iraq, where 19 NATO members deployed personnel and 15 NATO members had troops killed in action.

Similarly, the anti-ISIS coalition is built around NATO, with alliance members shouldering almost all of the airstrikes and much of the ground-support mission. In fact, NATO recently launched a 600-man mission in Iraq aimed at training the Iraqi army.

“There is no hope for the U.S. to sustain its role as the world’s sole superpower without the Europeans as allies,” as several former NATO commanders conclude.

“Our strength as a nation is inextricably linked to the strength of our unique and comprehensive system of alliances,” adds Gen. James Mattis. “While the U.S. remains the indispensable nation in the free world, we cannot protect our interests or serve that role effectively without maintaining strong alliances.”

The generals know something most Americans seldom consider: Protecting the homeland, promoting U.S. interests, ensuring the free flow of goods and resources, preserving some semblance of international order, defending the global commons, responding to natural disasters and manmade chaos — these missions depend on NATO infrastructure in places like Lakenheath, Fairford, Ramstein, Thule, Morón and Aviano.

“If we didn’t have NATO today, we’d need to create it,” Mattis argues. “NATO is vital to our interests.”

As long as that holds true, America should support and sustain the NATO alliance — even with all the headaches and heartburn, disagreements and disappoint. For as Churchill observed, “There is only one thing worse than fighting with allies, and that is fighting without them.”