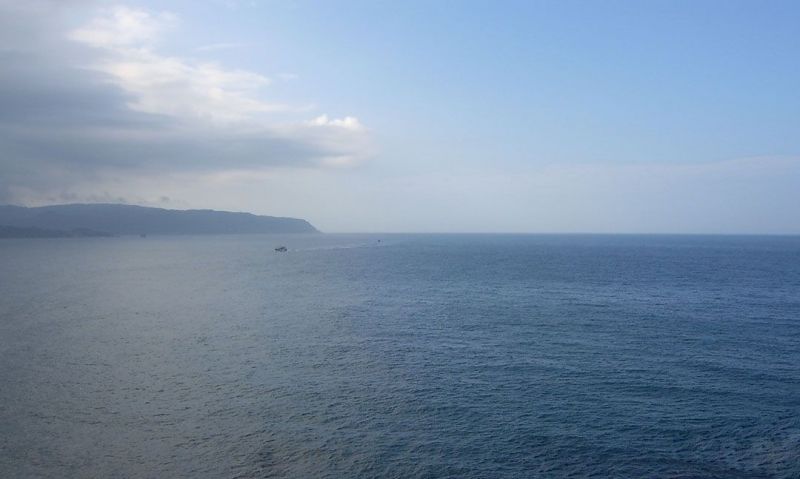 With most media attention focused on the impact of tariffs, the threat of war with Iran and the endless Beltway debate over the Mueller report, we’ve heard very little about a very big change in U.S. foreign policy.

While the 1951 U.S.-Philippine treaty commits both sides to respond to an “armed attack on the metropolitan territory of either of the Parties, or on the island territories under its jurisdiction in the Pacific or on its armed forces, public vessels or aircraft in the Pacific,” what has been left ambiguous is whether the United States defines the South China Sea as part of the Pacific Ocean. Pompeo has removed that ambiguity.

It’s unquestionably a good thing for allies and foes to know where America stands. Indeed, America’s clarity of treaty commitments, along with its deterrent military strength, have prevented great-power war for almost 75 years.

However, there was a compelling reason Washington was reluctant, until now, to expand the application of the U.S.-Philippine mutual defense treaty into the South China Sea: the area is fraught with tensions, claims and counter-claims. Look no further than last month’s hit-and-run ramming by Chinese vessels of a Philippine fishing boat operating in a disputed part of the South China Sea, which Manila described as “barbaric, uncivilized and outrageous.”

This is just the sort of incident that could escalate into a crisis or conflict no one wants. And it explains why then-Defense Secretary Jim Mattis, when asked in 2018 about the U.S.-Philippines treaty and the South China Sea, responded by saying “these matters” are “complex issues.” But if Washington’s reluctance to expand the scope of its defense pact with Manila was reasonable, so was Manila’s desire for U.S. support in the South China Sea.

Beijing is engaging in provocative behavior and making provocative claims all across the region – encroaching on U.S. treaty allies in the Philippines and Japan, flouting the principle of freedom of the seas, and threatening U.S. interests.

In a bid to annex the South China Sea piecemeal, China has constructed 3,200 acres of illegal islands in international waters. (We’ll return to that word “illegal” in a moment.) These instant islands have obvious military applications. Beijing has deployed SAM batteries, anti-ship missiles and radar systems on some of the islands. One of the islands features a 10,000-foot airstrip – long enough for bomber aircraft. All told, Beijing now has 27 military outposts sprinkled across the South China Sea, many of them in or encroaching upon waters and territories claimed by other nations.

China’s island-building campaign coincides with a military buildup. Beijing has increased military spending 164 percent since 2008. On the strength of this spending binge, China will soon deploy 73 attack submarines, 58 frigates, 34 destroyers, five ballistic-missile submarines and two aircraft carriers. The Pentagon reports China deploys more than 2,800 warplanes and has a bristling missile arsenal with “the capability to attack large ships, including aircraft carriers, in the Western Pacific.”

Xi offers an ominous exclamation point to these numbers: “We must insist on using battle-ready standards in undertaking combat preparations, constantly enhancing officers’ and troops’ thinking about serving in battle, and leading troops into battle, and training troops for battle.”

Manila has responded via diplomatic, military and legal avenues.

On the diplomatic front, Manila has strongly and loudly pushed back against China’s actions. “You cannot create an island,” Philippine President Rodrigo Duterte argues. “It’s man-made and you say that the air above this artificial island is yours. That is wrong because those waters are what we would consider international sea. And the right of innocent passage is guaranteed.”

Along with its enduring alliance with the United States, Manila is pursuing deeper defense partnerships with South Korea, Japan and Australia. And like everyone in China’s neighborhood, the Philippines is beefing up its defenses in response to China’s worrisome words and aggressive actions. Manila is in the midst of a $40 billion defense modernization program that’s adding new fighter jets, attack helicopters, armored personnel carriers, artillery, precision munitions, unmanned aerial systems, patrol ships and frigates from the United States, Britain, Europe, South Korea, Israel and Japan.

Finally, we come to the legal dimensions of China’s actions. The Philippines took China to the U.N. Court of Arbitration in 2013, after China seized a reef well beyond its territorial waters. In response, the tribunal summarily rejected China’s outlandish claims in the South China Sea – claims based on a map created by Chinese cartographers in 1947 -- and concluded that Beijing violated international law by damaging marine environments, endangering Philippine vessels, interfering with Philippine fishing and oil exploration, and trespassing into Philippine waters.

The Philippines is not alone in challenging China’s reckless behavior.

In 2014, long before Pompeo issued his addendum to the mutual defense treaty, the Obama administration secured Manila’s approval “to construct facilities and rotationally position and deploy defense-related equipment” at a number of locations in the Philippines, as The Diplomat reports. In 2015, as The New York Times adds, Washington and Manila signed a 10-year agreement allowing “the United States to station troops, weapons and matériel at bases across the Philippines.”

That same year, the Obama administration ordered U.S. warships to conduct freedom-of-navigation operations around Xi’s “Made in China” islands. The Trump administration has continued and expanded these operations. Not coincidentally, 2018 saw U.S. aircraft carriers make eyebrow-raising stops in the Philippines (the first since 2014) and Vietnam (the first since 1975).

Moreover, after years of neglect and decline, the Navy is adding ships to the fleet. The Navy will eclipse the 300-ship mark by next year – the first time the Navy will have more than 300 ships in its active fleet since 2002.

This is welcome news. After all, naval power is a prerequisite for deterrence in the South China Sea and the wider Indo-Pacific. However, there’s more work to do. Owing largely to sequestration, America’s navy is not nearly large enough to deter China. At the height of the Reagan rebuild, the Navy boasted 594 ships. Today’s Navy has only 289 deployable ships. These numbers aren’t even close to America’s maritime needs. “For us to meet what combatant commanders request,” according to former CNO Adm. Jonathan Greenert, “we need a Navy of 450 ships.”

Yes, recent defense budgets have ended sequestration’s maiming of the military. However, a couple budget cycles are not enough to repair the damage. “It took us years to get into this situation,” as Mattis explained. “It will require years of stable budgets and increased funding to get out of it.”

Given the sheer size of America’s military, some might argue that the balance of power in the South China Sea would still favor America -- until we consider that America’s military assets and security commitments are spread around the globe, while China’s are concentrated in its neighborhood.

These realties underscore why partnerships and alliances are so important in meeting the challenge posed by China. The good news is that Japan, Australia, Britain, France, India and other like-minded powers have joined the United States and the Philippines in enforcing freedom of the seas, freedom of navigation and rules of the road in the South China Sea. Related, ASEAN has issued a declaration endorsing “freedom of navigation in, and over-flight above, the South China Sea.”

Washington should put muscle behind those words and the U.N. tribunal’s decision by organizing a multinational maritime taskforce -- perhaps under the auspices of the Combined Maritime Forces (CMF) -- to stymie Beijing’s bid to take control of the South China Sea. Although CMF operations currently focus on security, counterterrorism and counter-piracy in the Persian Gulf, Red Sea, Arabian Sea, Indian Ocean and off the Horn of Africa, it’s not difficult to envision a CMF taskforce dedicated to freedom of navigation in the South China Sea.

Pompeo’s addendum to the U.S.-Philippines defense treaty is so consequential that some observers have labeled it “the Pompeo Doctrine.”

Whatever the label, one thing is certain: No U.S. official has ever offered such an assurance to Manila vis-à-vis the South China Sea. Now that the Philippines has that assurance, the United States must to be prepared and postured to enforce it.