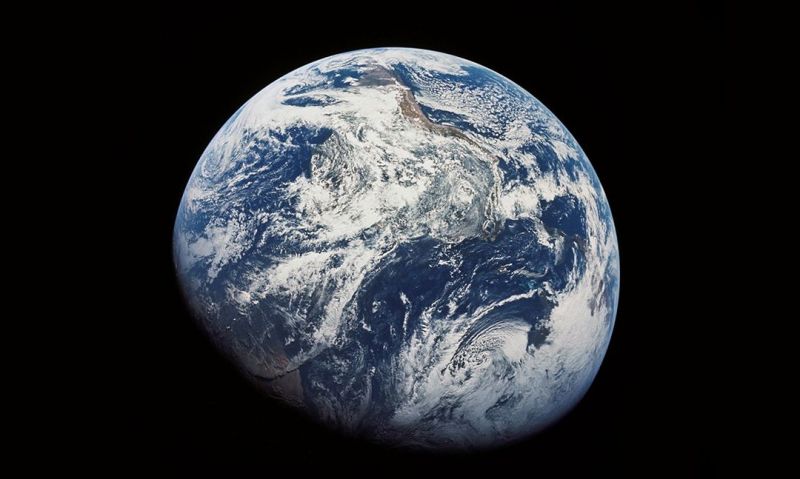 Both the House and Senate are moving legislation to stand up a military branch focused on space operations. The House wants a Space Corps that falls under the Air Force (similar to the Navy-Marine Corps model), while the Senate wants a fully independent Space Force (similar to how the Air Force was separated from the Army after World War II). Those differences will be worked out in the conference-committee process. The good news is that, whether Congress labels it a “Space Corps” or “Space Force,” the United States will soon have a branch solely dedicated to defending America’s interests and assets in space.

Last summer, when President Donald Trump directed the Pentagon “to immediately begin the process necessary to establish a Space Force as the sixth branch of the Armed Forces,” various media outlets panned it as a “Space Farce” and “ridiculous.”

These sorts of reactions expose their own ignorance about the subject. What the giggling pundits apparently don’t know is that a military branch dedicated to defending America’s increasingly-vulnerable interests and assets in space is not a new idea – and is anything but a farce.

In the 1990s, the Clinton administration adopted a space policy directing the Pentagon to “develop, operate and maintain space-control capabilities to ensure freedom of action in space and, if directed, to deny such freedom of action to adversaries.”

In 2000, a congressionally-appointed commission posited the establishment of “a Space Corps within the Air Force,” adding that it ultimately may be necessary to create “a military department for space” -- a Space Force.

In 2016, John Hamre, deputy secretary of defense under President Clinton, argued, “We are not well organized to deal with the new challenges we face in space.” As possible alternatives, he mentioned creating an independent branch dedicated to space, carving out a “space service...within the Department of the Air Force” and “elevating the Space Command to become equal in stature to the Strategic Command.”

In 2017, Reps. Mike Rogers, R-Ala., and Jim Cooper, D-Tenn., called for “the creation, under the secretary of the Air Force, of a new Space Corps, as a separate military service.”

In May of this year, a bipartisan group of intelligence officials, flag officers, astronauts and defense officials led by former Defense Secretary William Perry released an open letter expressing support for an independent Space Force “to realize the full potential of space power and space capabilities in order to protect and advance U.S. vital national interests.” Noting that “America’s preeminent position in space activities has contributed to the nation’s political prestige, international influence, scientific knowledge, technological advancement, homeland security and national defense,” the blue-ribbon group added, “The establishment of a new military service for space is necessary for putting America on a path to effectively deter conflict from beginning in or extending into space, and, if deterrence fails, to defeat hostile actions and protect our economic and national security interests in space.”

In June, NATO revealed that it plans to recognize space as an operational domain of warfare. And just last month, French president Emmanuel Macron announced that his government is standing up a space command within the French air force.

What Perry, Macron and NATO understand – and what those mocking the Space Force concept fail to grasp – is that space plays a crucial role in the global economy and in national security.

Indeed, in a dramatic departure from the interest in space Americans had when Apollo 11 landed on the moon 50 summers ago, most Americans are oblivious to how much we depend on space today. Communications, commerce and banking, air travel and ground transportation, emergency services – all of these and much more depend on space-based assets. Of the 1,300 functioning satellites orbiting earth, 568 are American. More than 221,500 Americans work in the space sector. Non-government U.S. space spending tops $32 billion annually.

Add to that list the national-security dimensions of space.

“There is no soldier, sailor, airman, Marine, anywhere in the world that is not critically depending on what we provide in space,” explains Gen. John Hyten, commander of U.S. Strategic Command.

Notice that Hyten didn’t limit his job description to helping airmen and astronauts. Every branch is dependent on space – and growing increasingly dependent.

As evidence of this growing dependency on space, consider what defense leaders are saying about the next generation of missile defenses. Citing the emerging threats posed by Russia’s and China’s hypersonic missile programs, Undersecretary of Defense Michael Griffin argues, “We just can’t do what we need to do in missile defense without space.” Lt. Gen. Samuel Greaves, director of the Missile Defense Agency from 2017 to 2019, adds that it may be time to “move the sensor architecture to space and use that advantage of space in coordination with our ground assets to relieve the gaps” in America’s ability to track missile launches.

Or consider the Army. No branch is more closely associated with terra firma than the Army. Yet as Defense One reports, the Army’s “Space Cadre” has grown from 2,047 personnel in 2011 to 4,169 today. The reason: “The Army has become a very space-dependent type of organization,” explains Joan Rousseau, head of the Army’s Space Training and Integration operations. A typical Army armored brigade “contains over 2,000 pieces of equipment that rely on space assets to function,” the Lexington Institute’s Loren Thompson points out.

Cost estimates for the new branch range from $3.6 billion to $13 billion (both estimates cover a five-year timespan).

Without question, creating a new military branch – with all the associated costs of new facilities, new billets and a new bureaucracy – is going to cost money. All forms of national defense carry a cost. But if our space-dependent communications system, transportation system, financial system or indeed our entire way of life were to be crippled – or even held hostage – by an adversary, the question policymakers will have to answer is not "Why did you spend so much standing up a Space Force?" but rather "Why didn’t you do more to protect America’s assets and interests in space?"

As Acting Secretary of the Air Force Matthew Donovan puts it, “Immediately snapping to the question of cost misses the whole point that our adversaries are rapidly catching up to us ... How about the cost of losing a war? That may be the cost we should be talking about.”

Donovan is right about our adversaries catching up with us in this final frontier.

The Pentagon’s latest report on China notes that Beijing successfully launched 38 space vehicles in 2018 and “continues development of multiple counterspace capabilities designed to degrade and deny adversary use of space-based assets during a crisis or conflict.” A 2016 Pentagon report adds, “PLA writings emphasize the necessity of ‘destroying, damaging and interfering with the enemy’s reconnaissance ... and communications satellites.’” Toward that end, China has conducted three highly reckless space-based tests of anti-satellite weapons (ASATs). How reckless? Beijing’s 2007 ASAT test increased the amount of debris in orbit by a staggering 10 percent. American spacecraft, astronauts, satellites and sensors will have to navigate that minefield – forever.

Likewise, recent years have seen the Russian military test ASATs, launch satellites capable of “rendezvous and proximity operations” (military parlance for maneuvering around other satellites in order to disrupt or disable them), and deploy 37 satellites on a single rocket. To remove any doubt about how Russia intends to use its space assets, the Kremlin announced in 2015 that its “air forces, anti-air and anti-missile defenses, and space forces will now be under a unified command structure” known as the Aero-Space Forces.

Contrary to the critics, this isn’t about waging war in the heavens. In fact, creating a military branch focused on space is about the very opposite: deterring our enemies and preventing war. As George Washington argued, “There is nothing so likely to produce peace as to be well prepared to meet an enemy.” Gen. Washington’s counsel applies whether the enemy lurks on land, at sea, in the sky or in space.