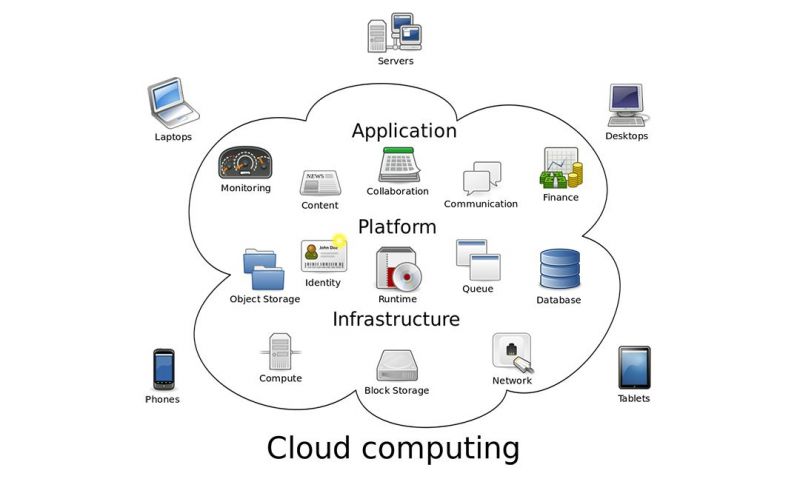 After thousands of Google employees threatened to stop working if the tech giant went forward on its bid for a Pentagon cloud-computing contract, the company’s leadership withdrew from the competition. Similar threats and protests led the company to not renew a contract under which Google’s artificial-intelligence technologies were helping the Pentagon analyze drone footage. Microsoft employees have made similar threats regarding the cloud-computing project, which military officials view as essential to America’s security in this era of limitless data and artificial intelligence (AI).

Before unpacking the consequences of Google’s actions, it’s important for us to get a sense of how important AI is in the 21st-century battlespace.

Special Operations Command (SOCOM), to cite just one example, is building a cadre of personnel “focused on artificial intelligence and machine-learning initiatives.” SOCOM plans to leverage AI “to focus on predicting the adversary’s next move in order to react faster,” as National Defense Magazine reports.

Tech entrepreneur Peter Thiel describes AI as “valuable to any army– to gain an intelligence advantage, for example, or to penetrate defenses in the relatively new theater of cyberwarfare.” What’s truly transformative about AI, according to Thiel, “is its application to relatively mundane tasks like computer vision and data analysis.”

In short, AI is emerging as an essential weapon in America’s arsenal.

APPEARANCES According to the leaders of Google’s internal rebellion, “Google should not be in the business of war.” Google’s executives contend they had to end the company’s cloud-computing contract with the Pentagon because “we couldn’t be assured that it would align with our AI principles.” If Google is opposed to using any of its technologies in any military application, this sentiment would appear to be justifiable, albeit naïve. But appearances can be deceiving.

Pointing out that Google is “starting an AI lab in China while ending an AI contract with the Pentagon,” Thiel has described Google’s actions as “shocking” and bordering on “treasonous."

The reaction to Google’s decision among military and defense leaders is not as blunt as Thiel’s, but it has been remarkably unified.

Leading the charge inside the Pentagon has been outgoing Joint Chiefs Chairman Gen. James Dunford, who notes, almost plaintively, “We are the good guys.” Yet Google – an American company, based in America – has decided it can’t or won’t assist the Pentagon in defending America.

To think otherwise is helplessly naïve – or nakedly craven.

Doubtless, that sounds quaint or corny to the employees at Google, who view themselves as global citizens.

Echoing Dunford, former Defense Secretary Ashton Carter argues, “There is a duty to this country ... We’re in debt to the society that we live in.”

CONFUSED Indeed, Google is selective when it comes to ethics and principles.

It pays to recall that Google has been working, on and off, on what Vox magazine calls a “censored search engine” for China. This tailormade technology is “designed to hide search results that China’s authoritarian government wants to suppress, such as information about democracy, free speech, peaceful protest and human rights” and “would also track a user’s location.”

Although Google says it has terminated that project, company officials during congressional testimony in July “would not commit to Google never attempting another such censorship project in China in the future,” as the Washington Examiner reports.

That revelation prompted Sen. Josh Hawley, R-Mo., to unload on Google’s leadership: “You have been more than happy to partner with the most repressive authoritarian regime on the planet, all for profits, whatever it is that’s good for Google.”

That’s the heart of the problem. In truth, Google has no commitment to “principles,” no problem with “the business of war,” no allegiance to the country or political-economic system that provided it the environment to blossom from an idea into a multibillion-dollar corporation.

The most generous thing we can say of Google’s employees and leadership in this regard is that they are deeply confused. After being marinated in a postmodern, postnational culture that makes no distinction between America and the rest of the world – or worse, blames America for all the world’s ills – perhaps Google’s employees and leadership don’t grasp the opportunities America has afforded them, let alone what we owe our nation.

STALIN'S TOAST What a difference a few decades can make. Not long ago, U.S. companies recognized that we really are all in this together.

As President Roosevelt lit the furnace that fired the “arsenal of democracy,” he explained that our enemies “must be out-fought and out-produced ... We must out-produce them overwhelmingly, so that there can be no question of our ability to provide a crushing superiority of equipment in any theater.”

Henry Ford turned his car company into an assembly line for tanks, planes and engines of all kinds. “By the end of the war, Ford had built 86,865 complete aircraft, 57,851 airplane engines, 4,291 military gliders ... thousands of engine superchargers and generators ... 277,896 tanks, armored cars and jeeps,” as one history details.

Henry Kaiser shared his shipbuilding techniques with 18 different shipyards to churn out 2,751 Liberty ships. Before the war, it took 230 days to build such a ship. Kaiser slashed that to less than three weeks, as historian Dwight Zimmerman explains.

To rally U.S. industry to the cause, “Kaiser recruited a can-do team from such blue-chip American companies as Lockheed, Bechtel-McCone, Chrysler, Boeing and General Electric to produce everything from dams to tanks to ships to steel,” The Economist recalls. “Each executive received an annual fee of $1.”

Because U.S. corporations and corporate leaders pitched in, “By the end of 1942 America's output of war materiel already exceeded the combined production of the three Axis powers,” as The Economist points out. By 1944, American factories “built a plane every five minutes, while its shipyards launched 50 merchant ships a day and eight aircraft carriers a month.”

Near the end of the war, Stalin toasted “American production, without which this war would have been lost.”

OUR SYSTEM Even if they didn’t get behind the war effort out of old-fashioned, red-white-and-blue patriotism, yesterday’s CEOs at least understood that their companies couldn’t succeed and wouldn’t exist without the institutions and the political-economic system of the United States. It’s a system that enables creative, industrious and hard-working people to use their God-given talents to envision, design, create, build, produce, sell and market planes, ships, cars, machinery, clothing, technologies, boots, and, yes, bombs and bullets – and to generate unimaginable wealth in the process.

“Why is Silicon Valley in the United States?” Dunford recently asked. “Because of our system of government in enabling of individual ideas to bubble up and advance the world.” He then offered an ominous footnote: “I’m not sure that people at Google will enjoy a world order that is informed by the norms and standards of Russia or China.”

Google and other firms that view themselves as global citizens are too dense and/or too arrogant to recognize this truth. Global citizenship is all well and good when things are going smoothly. But when a company’s engineers or executives are kidnapped, when a regime violates treaties and patents and the rule of law, when goods sailing through international waters are seized, when space-based satellites and undersea communications cables are disabled, when manmade chaos or natural disasters turn some faraway place upside down, the victims suddenly remember that they aren’t global citizens or multinational corporations. Rather, they are U.S. citizens working for American corporations that need the help of America’s military.