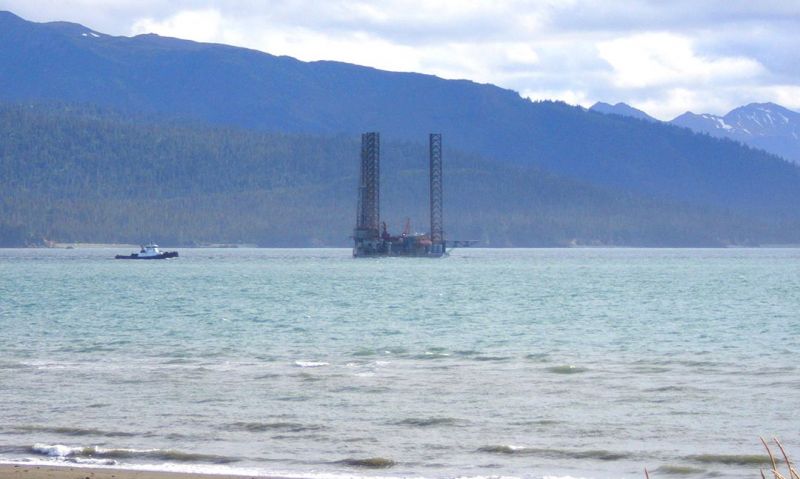 The summer and early autumn of 2019 saw Iran attack two Japanese-owned cargo vessels operating in international waters near the Persian Gulf, seize a British-flagged oil tanker in the Strait of Hormuz, and bomb Saudi Arabia’s largest oil refinery. The refinery attacks temporarily reduced Saudi oil production by 5.7 million barrels a day – half of Saudi Arabia’s output. Yet through it all, the oil and energy markets didn’t even flinch. In fact, the price of oil per barrel actually fell after Iran’s season of reckless temper tantrums. Why is that? After all, far smaller shocks and threats to Middle East energy supplies have, in the recent past, triggered massive spikes in the price of oil – and forced Washington to provide protection to foreign vessels, issue new security doctrines, even launch military operations. But none of that happened in 2019.

Reserves The main reason global energy markets responded to Iranian recklessness with a collective shrug, while the United States held its fire and kept its cool, has more to do with what’s happening in America than what’s happening in the Persian Gulf.

After decades of leaving its vast energy resources untapped – and leaving itself at the mercy of Middle East oil supplies – the United States has vaulted to first in the world in total oil production, first in natural gas production, and second in primary energy production.

The United States produces about 18 million barrels of oil per day – equaling 18 percent of total production. To put that number in perspective, second place Saudi Arabia and third place Russia account for 23 percent of total production – combined. “The U.S. holds more oil reserves than Saudi Arabia and Russia, the first time it has surpassed those held by the world’s biggest exporting nations,” the Financial Times reports, citing a new study by Rystad Energy. The Oslo-based consulting firm estimates U.S. reserves at 264 billion barrels, Russia’s at 256 billion and Saudi Arabia’s at 212 billion. For more perspective: in 2008, the United States produced half the amount of oil it produces today.

That’s good news, and the better news is that U.S. industry is continuing to find and tap into vast new reserves:

• In late 2018, the United States Geological Survey (USGS) reported that reserves in the Permian Basin in Texas and New Mexico contain 46 billion barrels of oil, 280 trillion cubic feet of gas, and 20 billion barrels of natural-gas liquids.

• USGS estimates that the Arctic holds some 90 billion barrels of oil. About one-third of that oil is in Alaskan territory.

• Another USGS study concludes that North Dakota and Montana contain between 3 billion and 4.3 billion barrels of recoverable oil.

In addition, the United States sits atop an ocean of oil-shale and oil-sands deposits. Oil-shale is a rock that can be converted into oil when heated. Oil-sands are a mixture of oil, sand and clay that when injected with hot water yield bitumen, and ultimately synthetic oil.

The Government Accountability Office (GAO) reports that oil-shale deposits in Colorado, Utah and Wyoming “contain up to 3 trillion barrels of oil, half of which may be recoverable.” That’s trillion with a “T.” Once thought to be too expensive to extract or too technologically difficult to convert, this vast oil-shale field right in the middle of the country “presents significant opportunities for the United States,” in the GAO’s understated words. As RAND’s James Bartis has observed, “We’ve got more oil in this very compact area than the entire Middle East.”

All the while, Saudi officials privately worry that the kingdom’s reserves may be overstated by 40 percent.

Reversal In short, we are witnessing a dramatic reversal and reordering in geopolitics.

The United States officially became a net exporter of oil in December 2018, as Bloomberg News reports. And the International Energy Agency projects that the United States will be energy self-sufficient by 2035.

How and why did this U.S. energy renaissance happen? For some time, America had the resources and reserves to dominate global energy markets. But it wasn’t until recently that it summoned the will to do so.

America’s “new” oil and gas deposits were always there, of course. But as the price of oil increased, the cost of exploring, extracting and converting less-conventional and less-accessible sources of hydrocarbon energy started to make economic sense for developers. That led to increased oil production during the Obama administration.

However, production and exploration really took off after President Trump rolled back a dozen drilling/extraction regulations and allowed expanded drilling on federally controlled lands. In FY2018, for example, the Trump administration’s drilling-permit approvals on federal lands were “triple the average offered during President Barack Obama’s second term,” according to a New York Times analysis.

That same year, the Interior Department began auctioning off leases for oil and natural gas exploration in some 77 million acres of federal waters, most of them located off the Alabama, Louisiana, Mississippi and Texas coasts. As the Heartland Institute reports, this represents “the largest oil and gas lease sale in U.S. history.”

Preview Speaking of history, Trump notes, “For over 40 years, America was vulnerable to foreign regimes that used energy as an economic weapon.” Indeed, the economic, military and human costs associated with maintaining the energy status quo have been enormous for the United States. Dependence on Middle Eastern oil has forced the United States to defend regimes that flout American values (Saudi Arabia and Kuwait), to avoid directly challenging enemies (Iran), and to wage war (Iraq).

However, as I observed in 2013, America’s vast energy resources provide it the tools and opportunity to upend that costly status quo: “America need not be held hostage by the vagaries of this global market – or the whims of petrocrats, speculators and jihadists ... An extra 11 million barrels per day produced in the Americas would send a signal to the global oil market, enable the law of supply and demand to bring prices down, and deprive those regimes of revenue and power ... The goal of building a thriving energy sector should not be autarky and isolation, but rather independence and security from undependable suppliers.”

The president wants more than energy independence, however. His goal is “American energy dominance.”

What’s happening – and not happening – in the Middle East today serves as a preview of what that means for America and the world in the years to come.