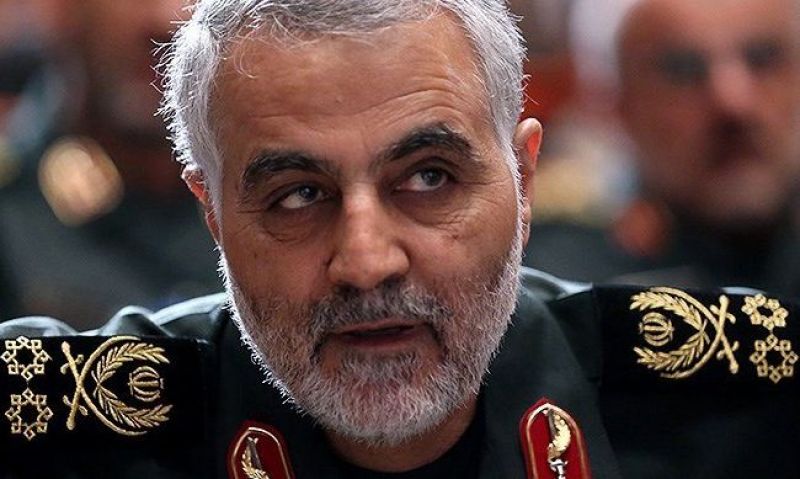 The following piece is a guest editorial. The American Legion does not have a position or policy resolution on this issue.

The American public, policymakers and pundits are still wrestling with the ramifications of the drone strike that killed Iranian Quds Force commander Qasem Soleimani. While reasonable people can disagree about and debate whether this was the right course of action or the right time to take it, several issues related to the Soleimani strike seem beyond debate.

The strike was lawful and justifiable. Experts describe the military force under Soleimani’s command as an “unconventional warfare unit responsible for the foreign operations of Iran’s Islamic Revolutionary Guard Corps (IRGC).” In this role, Soleimani guided Iran’s asymmetric campaign against the United States. Specifically, Soleimani and forces under his command carried out a spasm of attacks on U.S. targets in Iraq in recent months, including rocket attacks that killed an American civilian contractor and attacks on the U.S. Embassy in Baghdad. In addition, Soleimani’s unit recruited, trained, bankrolled and equipped the terror militias that killed hundreds of U.S. personnel after the fall of Saddam Hussein’s regime. For these and many other reasons, the Quds Force was designated a terrorist organization by the United States.

Given that Soleimani was a terrorist leader who ordered and bankrolled terrorist attacks against U.S. targets, his killing is very much in line with the killing of Osama bin Laden in 2011.

If you prefer history of an older vintage, consider this comparison: Given that the United States and Iran have been in a technical state of war since the birth of the Islamic Republic of Iran in 1979 – indeed, the Islamic Republic’s founding act was the attack and takeover of the U.S. Embassy in Tehran, which was an act of war – the killing of Soleimani is very much in line with the killing of Yamamoto in 1943. President Roosevelt, Gen. George C. Marshall and Adm. Chester Nimitz would see little difference between that operation and the one President Trump and Gen. Mark Milley authorized last month.

Add it all up, and what we have is a combatant operating in a warzone, who had ordered attacks on U.S. personnel – and also happened to command a terrorist organization. That would seem to make the strike lawful and justifiable.

There’s constitutional – and historical – precedent for the strike. Some members of Congress have labeled the Soleimani strike unconstitutional because “Congress didn’t authorize” it.

Those of us who yearn for Congress to reassert its co-equal role in determining whether, how, where and when America goes to war may be frustrated by this latest example of the executive branch acting without pre-approval from the legislative branch. But dating back to the Federalist Papers, scholars have argued that the Constitution grants the president certain authority and flexibility, especially when time is of the essence, to act in defense of U.S. interests, U.S. territory, U.S. nationals and U.S. personnel without the pre-approval of Congress.

Presidents derive this authority from Article II Section 2 of the Constitution, which describes the president as “commander-in-chief of the Army and Navy of the United States.” Congress conceded that the executive branch has the authority to act without prior congressional approval by passing the War Powers Act, which requires the president “in the absence of a declaration of war” to “submit within 48 hours to the Speaker of the House of Representatives and to the President Pro Tempore of the Senate a report, in writing, setting forth the circumstances necessitating the introduction of United States Armed Forces,” and “within 60 calendar days” to “terminate any use of United States Armed Forces ... unless the Congress has declared war or has enacted a specific authorization for such use of United States Armed Forces.”

One former intelligence official, for instance, declared, “There will be dead Americans, dead civilian Americans, as a result of this.” Some members of Congress say the elimination of Soleimani will endanger American lives.

In addition to the attacks on U.S. bases and personnel in recent months, Soleimani had the blood of at least 608 U.S. troops, as well as American civilians, on his hands. As the Army details, Soleimani and his henchmen were operating in Iraq as early as August 2004, providing Iraqi militants “guidance, training, logistics and financial support” and “IED training in Iran, Iraq and Lebanon.” By 2005, Soleimani had been so effective in Iraq that U.S. commanders ordered “contingency plans for a possible conflict with the IRGC and other Iranian operatives in Iraq” and explored “whether the IRGC-Quds Force could legally be declared a hostile force.”

The strike was proportional. To be sure, the strike was a big step up the escalation ladder. Iran immediately responded with a missile attack and could revert to its preferred methods of terrorism, hostage-taking and proxy hit-and-run attacks. The Department of Homeland Security warns that “Iran likely views terrorist activities as an option to deter or retaliate against its perceived adversaries. In many instances, Iran has targeted United States interests through its partners such as Hezbollah ... An attack in the homeland may come with little or no warning.”

To target the man responsible for planning, authorizing and commanding a whole range of operations against U.S. personnel, U.S. allies and partners, and U.S. interests is a proportional response and an indication of U.S. restraint. The United States could have done something far more dramatic in response to these provocations -- and Tehran knows it. Many Americans forget – but Iran’s leaders do not – that after Iranian mines struck USS Samuel B. Roberts in 1988, the United States in the span of a few hours decimated the Iranian navy.

The Soleimani strike, on the other hand, was a targeted and limited operation that sent a message to Khamenei and the IRGC: We don’t want to kill hundreds of Iranian conscripts or thousands of innocent civilians, but we are prepared and able to make decisionmakers inside the regime pay the highest price for their actions. President Trump said as much when he announced the operation: “We took action last night to stop a war. We did not take action to start a war.”

America is not alone. The killing of Soleimani may have surprised and even rattled some of America’s allies. To be sure, it angered the Iraqi government, which is heavily influenced and enfeebled by Tehran.

However, it’s noteworthy that after news broke of Soleimani’s death, Iraqis took to the streets in celebration.

More importantly, after the United States briefed its NATO allies on Soleimani’s takedown, “All members of the Atlantic alliance stood behind the United States in the Middle East,” as Reuters reported. “We are united in condemning Iran’s support of a variety of different terrorist groups,” NATO Secretary General Jens Stoltenberg said. “Iran must refrain from further violence and provocations.”

The Middle East is beset by chaos. To say that a targeted airstrike in today’s Middle East has opened the door to chaos, as some experts have argued, is akin to worrying about a backyard barbecue flaring up in the middle a raging California wildfire.

The Middle East – from the Shiite revolution in Iran, to Saddam’s brutal Sunni dictatorship in Iraq, to the emergence of Hezbollah and Hamas, to the wars Saddam launched against four of his neighbors, to the massacres of Kurds and Christians and Yazidis, to the rise of al-Qaida and AQI and ISIS, to the metastasizing multinational conflicts in Syria and Yemen, to Iran’s proxy wars across the region, to the Pandora’s Box of chemical warfare reopened by Syria’s Assad, to the scramble for nuclear weapons by Iran’s Khamenei – is the very definition of chaos.

Terrorists run Iran’s government and military. By killing Soleimani, Washington exposed a dirty little secret that too many diplomats and foreign heads of state would rather not talk about: Iran is run by terrorists.

There’s really nothing like the Islamic Republic of Iran. Yes, other regimes seek to undermine the global order; other regimes make common cause with terrorists. But the men who run Iran, men like Soleimani, have normalized terrorism into a basic government function, like building roads.

The Islamic Republic is not a regime that engages in terrorism, but rather a terrorist organization that runs a regime. The Iranian people are trying to change that. Of course, they tried in 2009, only to be brutally crushed. It will take time and courage for them to dismantle the terrorist tyranny men like Soleimani built over the past 40 years.