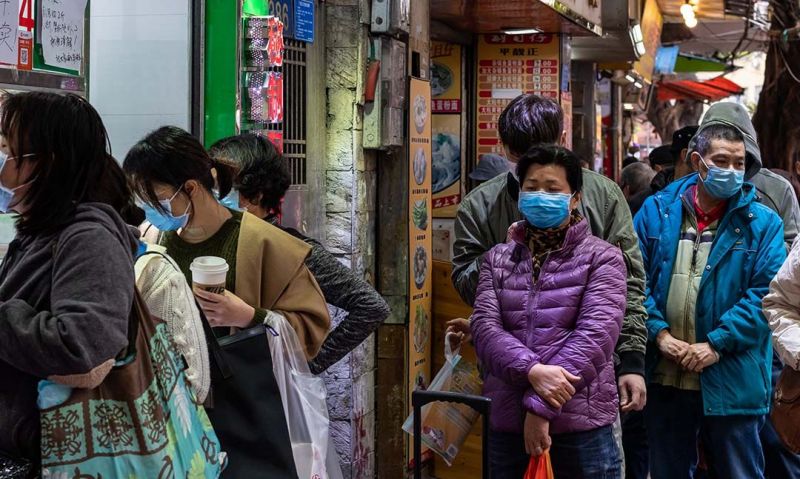 As the public-health crisis spawned by COVID-19 begins to ease and the world begins to grapple with the economic wreckage wrought by efforts to contain the disease, there are intensifying calls for China to be held to account for its appalling response to the initial outbreak. Like a gathering storm, a reckoning is coming for Beijing.

We can’t blame Beijing for COVID-19, but we can blame Beijing for its handling of COVID-19. What was a manageable public-health problem mushroomed into a global pandemic – erasing tens of thousands of lives and trillions of dollars in treasure – because Xi Jinping regime’s failed to act and then tried to cover up its failures.

The record reads like an indictment. It took six weeks for Chinese officials to quarantine Wuhan, the epicenter of the outbreak. During that time, thousands of people left Wuhan for destinations around the world, Chinese authorities jailed and muzzled a physician for warning his colleagues about the viru, Beijing refused the CDC’s offer to help, Chinese officials told the World Health Organization (WHO) they “found no clear evidence of human-to-human transmission, and Xi’s henchmen ordered scientists not to share findings about coronavirus-genome sequencing.

The COVID-19 crisis proves what many of us have argued for decades: China’s internal political system is an international problem. Like other communist governments, the PRC is an ends-justify-the-means regime that has contempt for the individual at home and disdain for norms of behavior abroad. In the aftermath of COVID-19, much of the world is finally waking up to this reality.

This awakening and consequent reckoning could have a dramatic impact on China.

Rattled by COVID-19, firms are shifting supply chains away from China. As Forbes reports, even before the COVID-19 crisis, “the threat of disrupted China imports” prompted companies to begin diversifying supply chains. COVID-19 has accelerated this trend, forcing firms to develop supply-chain “resilience.” Emerging-markets expert Kenneth Rapoza concludes, “China’s days as the go-to manufacturing hub for the Western world are over.”

Supply-chain diversification is prudent and long-overdue for the world, and it could be bad for Xi’s regime. That would be good for the cause of freedom. A weakening Chinese economy could encourage the sort of discontent necessary for political reform in China. Even before COVID-19, economic growth had significantly slowed in China. The annual change in China’s GDP plunged from 14.2 percent in 2006-2007 to 6.1 percent in 2018-2019. The COVID-19 crisis has decelerated China’s economy even further. China's post-COVID-19 economy has “sharply contracted,” according to a NASDAQ analysis, “for the first time since at least 1992,” with projected year-end GDP growth falling to 2 percent – the lowest in 40 years.

China’s economy needs to grow at a rapid clip to keep China’s masses content. If Xi fails to deliver the economic goods, his subjects may conclude that the tradeoff they have made with their government – political docility in exchange for rising living standards – is not worth the cost.

The costs for China may not be limited to a shrinking GDP and disappearing exports. There are growing calls for Beijing to face diplomatic and financial penalties for its actions.

Citing treaties China is party to, James Kraska of the Naval War College argues the PRC is obliged to “make full reparations for the injury caused by” its “wrongful acts.” If Beijing refuses to make reparations, the United States and other injured states "may suspend existing legal obligations or deliberately violate other legal duties owed to China as a means to induce Beijing to fulfill its responsibilities and address the calamitous damages it has inflicted on the world.”

Similarly, John Yoo (a Justice Department official under President George W. Bush) and Ivana Stradner (an expert in international law at the American Enterprise Institute) conclude that China is “legally liable under international law” and that Beijing should be “required to provide compensation for the harm it has inflicted.” However, they add that “ineffectiveness and corruption of international institutions” make it difficult to redress grievances through traditional means. As an alternative, they propose expelling PRC scholars from U.S. research centers and universities, imposing economic sanctions on China, blocking China from buying and selling advanced technologies, targeting PRC leaders with asset-freezes and visa-denials, and seizing PRC assets around the world.

In addition, there are 13 bills in Congress calling for punitive action against Beijing.

DIALING UP THE DISTRUST

These bills reflect what the American people – devastated by COVID-19’s health and economic costs – feel about Xi’s China. The Washington Post, citing new polling, reports that the American people “largely agree that the Chinese government bears responsibility for the spread of the pandemic, that it can’t be trusted on this or any other issue, and that the U.S. government should maintain a tough position on China.”

The distrust and anger are not quarantined within America’s borders.

A policy-research firm in Britain has issued a report calling for Beijing to face $6.5 trillion in damages, payable to G-7 nations.

British officials are fuming at indications that “China may have lied about the extent of their own outbreak,” according to one report, which adds that there is “rising anger about the Chinese government's conduct and increasing pressure for a wholesale review of relations with China.” A bloc of MPs from the majority Conservative Party has called on Prime Minister Boris Johnson to “rethink our wider relationship with China” in order to protect “Britain’s long-term economic, technical and security needs.”

Likewise, Australian lawmakers are pushing for punitive action against China.

The Japanese government is investing more than $2 billion in subsidies to assist its multinational corporations to move manufacturing operations out of China.

Deft diplomacy by the United States can build this well-deserved mistrust of Beijing into a bulwark against Xi’s efforts to export business-suit authoritarianism.

The reckoning shouldn’t end there. Every avenue should be explored to penalize China for its actions and inaction, highlight China’s willful misconduct, and protect the American people from China’s next bio-disaster. (H5N1, SARS and COVID-19 are responsible for hundreds of thousands of deaths globally; each began in the PRC.)

The president could use an Oval Office address or special session of Congress to explain Beijing’s criminal malfeasance. A helpful roadmap is President Ronald Reagan’s speech following Moscow’s 1983 shootdown of a Korean airliner. The parallels between the callousness of the Soviet state and Xi’s regime are uncanny. Now, as then, the actions of a brutal communist regime have exposed its true nature.

Accusing Moscow of “savagery” and “a crime against humanity,” Reagan called the Soviet attack “an act of barbarism, born of a society which wantonly disregards individual rights and the value of human life and seeks constantly to expand and dominate other nations.” He noted how Soviet leaders “have spun a confused tale” and “refuse to tell the truth.” He called on Moscow “to join the rest of the world in working out a system to protect against this ever happening again.” And he urged the civilized world “to see that justice is done,” adding: “The real test of our resolve is whether we have the will to remain strong, steady and united.”

Another tool for navigating the post-COVID-19 world is President John Kennedy’s diplomatic response to the Cuban Missile Crisis. A major element of that response was his decision to dispatch a respected statesman to the UN to make America’s case in the court of public opinion. In a similar manner, the president could enlist a handful of trusted statesmen to go to the United Nations, North Atlantic Council, European Union, OSCE, OAS, APEC and ASEAN to share the definitive timeline of Beijing’s COVID-19 response; quantify the costs of Beijing’s crimes of commission and omission; refute Beijing’s outrageous propaganda claims; and outline a plan to prepare for the next pandemic. Names that come to mind include Leon Panetta, Robert Gates, James Mattis, Erskine Bowles, Dan Coats, Max Baucus, Louis Freeh, Michael Chertoff and Harry Harris.

Speaking of the next pandemic, Washington could call for the creation of an international partnership – open to any nation committed to openness in the cause of global health – to fund the manufacture and prepositioning of medical equipment and medicines outside the PRC. The purpose would not be to use medicines and medical equipment as weapons against China, but quite the opposite: to make sure such equipment is available for the next pandemic and to prevent China from using such equipment to divide and conquer, as it seems to be doing today.

Finally, Washington could call for the creation of a global early-warning center for infectious diseases. Given that the WHO has been compromised by China, and given that Taiwan has been exemplary in its handling of COVID-19, this sentinel center could be based in Taiwan.

No country is so well positioned – functionally and geographically – to play such a role. In stark contrast to Beijing, Taipei shared medical information with the world, carried out nationwide mitigation efforts rapidly, combatted misinformation, and preserved public health without draconian lockdowns. The results speak for themselves. After four months in the eye of the COVID-19 storm, Taiwan (population 24 million) has sustained just 393 cases and six deaths from the virus. Recall that Taiwan did this in the shadow of the PRC, despite 148 cross-strait flights per day as late as mid-February, in the face of PRC disinformation, and despite being shut out of WHO initiatives by Beijing.

In short, the United States and the world can learn a lot from Taiwan. Toward that end, Washington could dispatch scientists from the private sector as well as personnel from the CDC, DHS, FEMA, National Center for Medical Intelligence, and Military Infectious Diseases Research Program to open temporary offices at the disease-sentinel center in Taipei. This approach would not only help America prevent, prepare for and defend against future pandemics; it would also underscore the vast differences between Taiwan’s open, life-affirming culture of liberty and Beijing’s closed, state-centered culture of captivity and death.