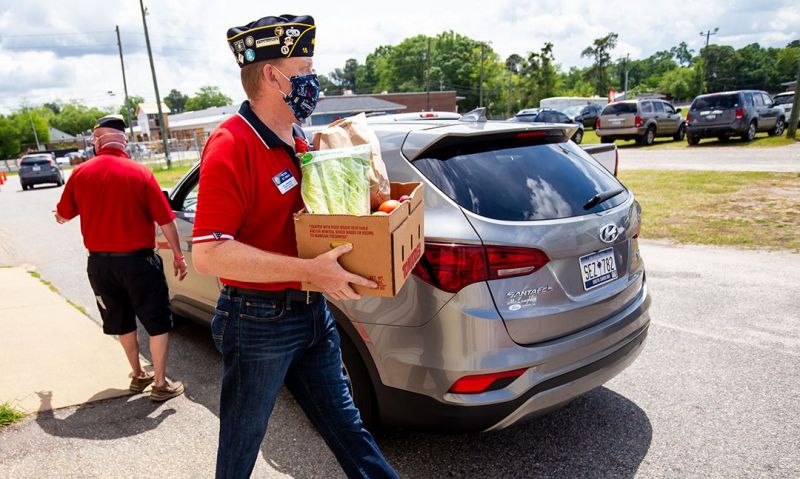 Tiny Taiwan has been exemplary in its response to COVID-19 – at home and abroad.

After six months in the eye of the COVID-19 storm, Taiwan (population 24 million) has sustained just 440 cases and six deaths. Taiwan did this in the shadow of the PRC, in the face of a withering PRC disinformation campaign, and despite being shut out of international health initiatives by Beijing.

That’s just half of Taiwan’s story. Taipei has delivered 30 million protective masks to those fighting COVID-19, including 5 million to the United States, 7 million to the European Union, and millions more to organizations and nations in need of protective gear. All the while, Taiwan is massively increasing production of medical supplies – now pumping out 13 million masks per day.

“It is our duty as global citizens,” President Tsai Ing-wen of Taiwan explains. “We will donate surplus masks and other supplies to our allies and countries that [are] hit hardest by COVID-19,” she adds. “We need to step up cooperation, and that means sharing experiences and materials, and working together to develop treatments and vaccines.”

In a welcome turnabout, countries that are usually on the other side of the foreign-assistance ledger have offered a helping hand.

Egypt sent critical antibiotics, masks and test-swabs to the United States; facemasks to Italy; and medical gowns to Britain.

Germany deployed its air force to shuttle hundreds of critical-care COVID19 patients from across Europe to German hospitals. Germany also sent ventilators to Spain, surgical gloves to Austria and $1.25 billion in medical aid to developing countries, as Foreign Policy details.

Even as the American people cope with the world’s highest reported COVID-19 death toll, they are helping the world contain and defeat the killer contagion.

It’s revealing that in early February, “when China was still the epicenter of the outbreak, the European Union and the U.S. donated a combined 30 tons of medical equipment to China,” according to a Wall Street Journal report. Regrettably, Beijing was more concerned about maintaining its grip on power and its control of information than on preventing a pandemic.

At the peak of the pandemic in Europe, U.S. forces in Germany and Italy provided telemedicine services, assisted in standing up field hospitals, provided medical care, facilitated the transport of supplies, churned out protective masks, and shipped medical gear to triage centers, as the Hill reports. U.S. forces in Africa deployed rapid-build field hospitals to fight COVID-19. USAID trained health workers in the Philippines on how to care for COVID-19 patients.

Indeed, the State Department notes that civilian agencies “are working together to support health systems, humanitarian assistance, and economic, security, and stabilization efforts worldwide with the $2.4 billion in an emergency supplemental funding Congress has allocated.” And that’s just the tip of the iceberg. “Americans have devoted nearly $6.5 billion in government and nongovernment contributions to help countries fight COVID-19,” Secretary of State Mike Pompeo recently reported. “This is by far the largest country total in the world, and more than 12 times that of China’s combined contributions.”

That’s not a gratuitous swipe. The United States and its allies are literally playing defense against the COVID-19 propaganda onslaught launched by Beijing and Moscow.

In addition to a broad-scope misinformation campaign that blames the United States for COVID-19, pleads innocence for its failure to contain the virus, and mocks the Free World’s response to the pandemic, China is engaging in what’s been called “mask diplomacy.” Likewise, Russia is spinning tales that COVID-19 is a U.S. bioweapon and using the pandemic to score propaganda points.

NATO Secretary General Jens Stoltenberg concludes that Moscow and Beijing are seeking “to undermine the cohesion of NATO” and “to portray NATO allies as if we are unable to…protect our elderly people or that we are not able to work together.”

China has sent medical supplies to Italy, Spain, France, Greece, Serbia, Hungary, Czech Republic, Poland and dozens of other countries. The beneficiaries are taking notice. “When China’s first shipment of coronavirus medical aid landed in Belgrade,” AP reports, “the president of Serbia was there to kiss the Chinese flag.”

Beijing and Moscow are thus normalizing and elevating their brand of business-suit authoritarianism in the eyes of aid recipients, creating new fissures within the West, and in Beijing’s case, deflecting attention from criminal negligence in responding to COVID-19.

In a sense, Xi Jinping is offering a new spin on the parable of the Good Samaritan. In Xi’s version, the roadside robbers who assault the traveler return to rescue him – and somehow expect to be hailed as heroes. As evidence, consider that government officials in Germany and Wisconsin report attempts by the PRC “to persuade them to publicly praise China,” according to the Washington Post. Or consider what PRC officials are saying. “The whole world should appreciate what China has done,” China’s ambassador to Britain intones. Adds China’s embassy in France: “When the epidemic started to explode everywhere, it was China who the entire world asked for help, and not the United States ... It is China who lent a helping hand to more than 80 nations. Not the United States.”

Toward that end, America and its allies should point out that much of China’s aid has been exposed as defective.

Washington should make clear to Moscow and Beijing that the battle of ideas has been joined. Specific to COVID-19, this might entail dispatching a trusted statesman to the United Nations, North Atlantic Council, European Union, OAS, APEC and ASEAN to share the definitive timeline of Beijing’s COVID-19 response; quantify the costs of this tragedy; and refute the outrageous claims China and Russia have made about COVID-19’s origins. Beyond COVID-19, Washington should consider reopening the U.S. Information Agency to harmonize and sharpen public-diplomacy messaging. Related, the world’s foremost groupings of democracies – the G7, EU, NATO and D10 – could create a Global Endowment for Democracy modeled after the National Endowment for Democracy to counter China’s propaganda offensives; buttress fledgling democracies; expose Moscow’s meddling in Western institutions; and coordinate a PR offensive against the authoritarian axis.

Leading policymakers should praise Taiwan and other allies that have offered a helping hand, detail the stark differences between Taipei’s reaction to COVID-19 and Beijing’s, and demand Taiwan’s inclusion in international bodies such as the World Health Organization.

Finally, America should prepare for the next pandemic by learning from this one.

The emergency deliveries of medicines, masks and materials across borders and oceans underscore how interconnected and interdependent the world is. If any nation could pull back from this interdependence and embrace autarky (economic self-sufficiency), it is the United States, with its vast agricultural, industrial, technological, natural and human resources. However, such a course would lead to heavy economic costs. Just compare the trajectories of regimes that have tried autarky – the Soviet Union, Socialist Republic of Albania, North Korea – with those that embrace free trade and open markets – the United States, United Kingdom, Federal Republic of Germany.

In short, the solution is not retreating into autarky, but rather building up resiliency and diversification in our supply chains in order to account for undependable suppliers and defective supplies. Specific to medical and pharmaceutical supplies, the market is already responding by incentivizing suppliers to produce more.

Government also has a role. Washington could call for the creation of an international partnership to fund the manufacture and prepositioning of medical equipment and medicines outside the PRC. With regard to broader supply-chain issues, White House advisors such as Larry Kudlow, director of the National Economic Council, suggest the United States will follow Japan’s lead and assist firms in relocating factories outside China.

Even free-traders like Kudlow (and myself) recognize that malign actors are not dependable trading partners – and that free trade has limits. In fact, none other than the father of free trade, Adam Smith, argued in the 18th century that “when some particular sort of industry is necessary for the defense of the country,” it is appropriate “to lay some burden upon foreign for the encouragement of domestic industry.”

In the 21st century, as COVID-19 has taught us, defense of the country sometimes requires medicines and masks.