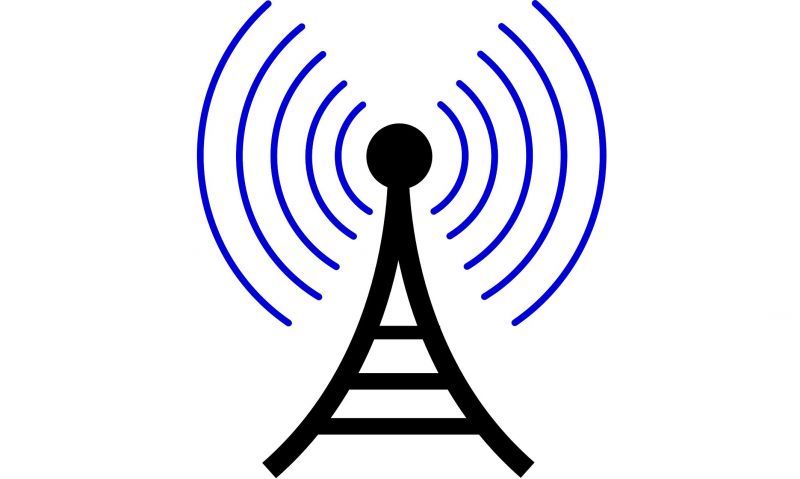 We’ve heard a lot lately about “5G”– shorthand for the fifth generation of mobile networks. The technologies that spawned 5G – and spawned by 5G – are nothing short of revolutionary. As one telecommunications giant puts it, 5G will deliver "higher multi-gigabyte-per-second peak data speeds, ultra-low latency, more reliability, massive network capacity, increased availability and a more uniform user experience to more users.”

Yet 5G is about far more than faster downloads and increased bandwidth. As China and Britain are learning, 5G is also about geopolitics.

The Chinese telecommunications firm Huawei is a leader in 5G technology. It also happens to have ties to the Chinese government, which explains why Washington was making a last-ditch push in January to persuade the British government to block Huawei from Britain’s 5G buildout. Washington was then – and remains today – concerned that the PRC government would use Huawei as a Trojan horse into British intelligence agencies, which are deeply enmeshed with U.S. intelligence agencies. Yet by February, Prime Minister Boris Johnson’s government officially approved Huawei for the project.

Then, in March, prominent members of Britain’s majority party called on Johnson to “rethink our wider relationship with China” to protect “Britain’s long-term economic, technical and security needs.” Johnson promised to study their proposal. And by mid-July, he joined the United States in barring Huawei from the 5G buildout.

So what changed? We all know that COVID-19 swept the globe in the months between January and July. But COVID-19 didn’t change the products or services offered by Huawei, and it didn’t change the nature of the PRC. Rather, what COVID-19 did – or more accurately, what Xi Jinping’s criminal mishandling of COVID-19 did – was remind Britain and the world of a hard truth: The PRC is an ends-justify-the-means regime that has contempt for the individual at home and disdain for norms of behavior abroad. The world now knows that Xi’s regime lied about human-to-human transmission, allowed thousands of people to leave the epicenter of the virus in Wuhan for destinations around the world, ordered scientists not to share findings about coronavirus-genome sequencing, and carried out a premeditated plan to hoard 2.5 billion pieces of medical protective equipment as the virus spread.

Put another way, if Xi and his henchmen can be so callous and calculating when it comes to life and death, they will have no qualms about exploiting Huawei’s technologies to advance their interests – whether in Britain, Europe, the Americas or Asia.

It pays to recall that the PRC has repeatedly been caught exploiting information technologies to conduct espionage and to steal intellectual property.

As early as 2013, U.S. officials warned that Huawei could place a “bug, beacon or backdoor” into critical systems to allow for “a catastrophic and devastating domino effect ... throughout our networks” – a warning intelligence officials repeated in 2020.

According to a U.S.-China Economic and Security Review Commission study, China’s use of “computer network exploitation activities to support espionage has opened rich veins of previously inaccessible information that can be mined both in support of national-security concerns and, more significantly, for national economic development.”

Beijing has used cyberspace to infiltrate subcontracting firms and systems related to the development of the F-35 and C-17, gain functional control over networks at the Jet Propulsion Laboratory, gain access to networks at Westinghouse, Alcoa, Allegheny Technologies and U.S. Steel, and penetrate the Office of Personnel Management’s network, compromising the personal and financial data of 21.5 million Americans. U.S. officials describe it as “the most devastating cyberattack in our nation’s history.”

IT security firm Mandiant reports that a cyber-force within the People’s Liberation Army (PLA) known as “Unit 61398” is conducting “extensive” computer network operations. Unit 61398 has attacked corporations and government agencies in the United States, Britain, Europe and Japan; penetrated computer systems at U.S. defense firms, the Pentagon and NASA; planted computer components in the United States with Trojan horse codes; and stolen massive amounts of information. “We witnessed them stealing hundreds of terabytes of data from 141 companies,” Mandiant reports, bluntly adding, “A unit of the PLA has in fact been chartered to compromise the U.S. infrastructure and steal our intellectual property.” Gen. Keith Alexander, former head of CYBERCOM, calls China’s cyber-siege of the United States “the largest transfer of wealth in history.”

“Engaging in projects where intellectual property is shared with the Chinese,” as Gen. James Dunford explained during his years as chairman of the Joint Chiefs of Staff, “is synonymous with sharing it with the Chinese military.”

Adds Secretary of State Mike Pompeo: “Information that transits across these untrusted networks that are of Chinese origin will almost certainly end up in the hands of the Chinese Communist Party.”

In the wake of COVID-19, much of the free world not only agrees with what Dunford and Pompeo have been saying, but also grasps what the Beijing behemoth is trying to do.

“More than 30 countries and territories are now Clean Countries,” Pompeo reported in August, “and many of the world’s biggest telecommunications companies are Clean Telcos.”

Building on the “clean network” idea, Britain is calling on the D10 – an informal partnership of 10 democracies enfolding the Group of Seven industrialized democracies plus Australia, South Korea and India – to pool their technological resources, build on their shared values and harness their interoperability to create an uncompromised 5G network.

In other words, the D10 could serve as the “operating system” for the 5G Clean Network. Already, a clean-tech partnership comprised of U.S. firms Dell, Microsoft and AT&T, European firms Nokia and Ericsson, and Japanese firms NEC and Fujitsu is taking shape.

The Economist reports growing concerns among German lawmakers over Huawei, with one key member of the Bundestag saying, “We cannot trust the Chinese state and the Chinese Communist Party with our 5G network.” Similarly, President Emmanuel Macron of France calls the 5G buildout “a sovereign matter” and believes key elements of the EU-French 5G network “must only be European.” And underscoring that information technology is a critical element of international security in the 21st century, NATO appears poised to join the coalition. Noting that 5G “provides enormous opportunities,” NATO Secretary General Jens Stoltenberg warns that “it can also make us more vulnerable.” That’s why “ensuring the security of our 5G infrastructure is so crucial,” he explains.

The result of this bloodless battle along the 5G frontier will likely be two separate 5G networks: one for D10 nations and their allies, the other for China and its satellites. These separate 5G networks, like the separate economic-political systems of East and West during the Cold War, will likely deepen, accentuate and sharpen the divisions separating the free world from China’s dictatorship.