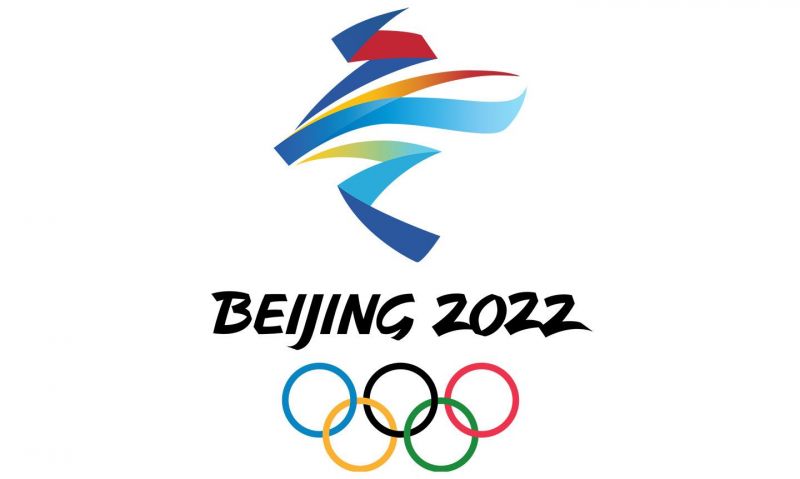 With the Winter Olympic Games just a couple weeks away, Xi Jinping and his henchmen in the People’s Republic of China (PRC) are howling about the decision announced by the United States and several other free nations – including Australia, Britain, Canada and Japan – not to send political delegations, diplomats or other government officials to Olympic ceremonies.

This so-called “diplomatic boycott” (which is an infinitesimally small way to protest the PRC’s contempt for basic human rights) comes in response to Beijing’s brutal treatment of Uighur Muslims in the Xinjiang region. What’s happening in Xinjiang has been labeled genocide and is documented to include involuntary sterilizations, government-ordered abortions, torture and mass imprisonment. Rather than address the root cause of the free world’s concerns, PRC officials are leveling attacks at those who dare to stand up for humanity. Specifically, Xi’s lieutenants have called on the United States and its free-world allies to “stop politicizing sports,” declared that the boycott “violates the principle of political neutrality of sports,” condemned the boycott as “politically manipulative,” and lectured that the “Olympic Games is not a stage for political posturing and manipulation.”

The Olympics row comes on the heels of the Women’s Tennis Association’s (WTA) decision to suspend events in China due to concerns over the whereabouts, health and safety of tennis star Peng Shuai, who was allegedly assaulted by a former high-level PRC official. As with the Olympic boycott, rather than address the core problem, PRC officials chose to attack those who identified the problem, declaring, “We have always resolutely opposed the politicization of sports.”

If there’s a Mandarin equivalent for chutzpah, this is it.

Let’s leave the trigger for the Olympic boycott and WTA pullout – which is the Xi regime’s beastly treatment of Uighur Muslims, Christians, Tibetan Buddhists, minority groups, women, and anyone who dares to believe there’s something beyond or above the PRC and the Communist Party – for another essay. The focus here is on the story beneath that headline: Beijing’s laughable hypocrisy on this issue of politicizing sports and injecting politics into athletic competition. The PRC specifically and communist regimes in general have always politicized sports. Such regimes view everything as political, everything as part of the political sphere, everything as a vehicle for advancing the state’s agenda and power.

Consider the case of Yao Ming. Born in China, the 7-foot-6-inch giant became an NBA star in the early 2000s. Beijing honored Yao as its 2005 “vanguard worker.” As The Washington Post reported at the time, the award had been reserved for “blue-collar workers on high-output production lines or country schoolteachers bringing literacy and correct socialist ideology to remote villages.” For instance, the award was once given to Wang Jinxi, who earned the title after “jumping into a vat of cement and furiously agitating his limbs because his work unit had no mixers.” Yet the communist PRC, to promote its favored Han ethnicity for domestic political reasons, gave the award to a person who made $93.9 million playing basketball for a decidedly capitalist organization known as the Houston Rockets. Put another way, Yao was the furthest thing from a Maoist revolutionary, but his celebrity and success served the political agenda of the PRC and the CCP, and the regime exploited that to great effect.

Or consider the Georgetown University basketball team’s goodwill visit to China. The Hoyas played a Chinese Basketball Association team known as the Bayi Military Rockets – “military” as in the entire team was drawn from the ranks of the People’s Liberation Army (PLA). As The Washington Post reported, the game rapidly “deteriorated into a benches-clearing melee.” Chinese players and coaches threw chairs. “Chinese authorities made no attempt to break up any of the fights, and the three officials working the game could not be seen as the melee erupted,” according to the Post.

The brawl was triggered by what Chinese and American observers alike agreed was thuggish play by the PLA team. “The Chinese players provoked the conflict,” a Chinese fan told the Post. And that problem was exacerbated by one-sided officiating. How one-sided? The PLA team had 11 fouls, Georgetown 28 – at halftime. Not surprisingly, U.S. and Chinese observers alike described the Chinese officiating crew as embarrassingly biased. “It seemed that (the referee) was eager for the Chinese team win,” said a Chinese fan in attendance.

To avoid a full-blown riot, Georgetown’s coaches pulled their team off the court. They requested but never received a police escort for their team, alumni and fans.

This ugly episode was a metaphor for many larger truths: the PRC doesn’t play by the rules, has no respect for norms of behavior, believes that the ends justify the means, and embraces asymmetric methods. It served as further evidence of the PRC’s eagerness to use sports as a vehicle for propaganda and political messaging.

Turning back to the Olympics, the PRC used the entire 2008 Games as a platform for political propaganda aimed at audiences in China and overseas. Beijing’s message: China is strong and capable. China has moved to the center of the global stage. And China’s system is superior to other political-economic systems.

Don’t take my word for it. The Sydney Morning Herald’s review of the 2008 Olympic ceremonies took note of “the heavy presence of Chinese People's Liberation Army officers throughout the proceedings,” wondered “exactly what image the hosts were intending to project to the international community,” and ultimately labeled the display “a none-too-subtle projection of strength.”

The German news outlet Die Welt described the “overpowering” nature of the ceremonies, noted that the events “demonstrated China's frantic desire for recognition,” and bluntly concluded that the spectacle “contained a lot of propaganda.”

The New York Times reported that the 2008 Olympic Games were leveraged by “the party … to inspire national pride within China … bolster its own legitimacy in the process … [(and) reassure the world that a rising China poses no danger.”

In all of this, today’s PRC is just following the playbook written by communist regimes and other totalitarian regimes during the 20th century.

As detailed in a Boston University history of Soviet involvement in international athletic competitions, “The USSR saw the Olympics as a means to display Soviet power. The Games provided an opportunity to show the dominance of the Soviet Union to the world, as well as to their own people.” Cal State Fullerton professor Toby Rider, who wrote a book about sports and propaganda during the Cold War, adds that Moscow used the Olympics as a blunt-force tool to promote international communism.

The PRC began politicizing the Olympics soon after its birth. In 1956, the PRC withdrew from the Games in political protest over the inclusion of Taiwan. In 1976, the PRC, for purely political reasons, bullied Canada into forcing Taiwan to withdraw from the Games.

In 1980, the United States led a large-scale international boycott of the Moscow Games due to the Soviet invasion of Afghanistan. “The Soviet Union refused to accept the fact that the boycott was a reaction to the invasion of Afghanistan,” as sports historian Allen Guttmann writes. Instead of dealing with the cause of the free world’s decision, Moscow – not unlike Beijing today – acted as if there was no action triggering the reaction, ridiculously claiming, as Guttman explains, that “NATO militarists wished to diminish the chances of peaceful coexistence and that the Americans were unable to contemplate the thought of Moscow’s success as Olympic host.”

Then there’s the 1936 Berlin Olympic Games, among the most infamous, darkest chapters in Olympic history. Hitler’s propaganda machine wielded images of a strong, orderly, prosperous, unified Germany to legitimize the Nazi regime and Nazi system for domestic and international audiences. Hitler also used the event “as a platform to prove his theory of racial superiority,” as the Guardian newspaper recalls. But Jesse Owens demolished that ugly lie with a dazzling four-gold-medal performance.

There would be no Olympics in 1940 or 1944, as years of appeasement and willful ignorance inevitably gave way to war.

It’s sobering and saddening that the world is still deformed by regimes that subscribe to race superiority, regimes that seek to blot out ethno-religious minorities, regimes that use glitzy and gleaming Olympic Games to cover up unspeakable atrocities – regimes like the People’s Republic of China.