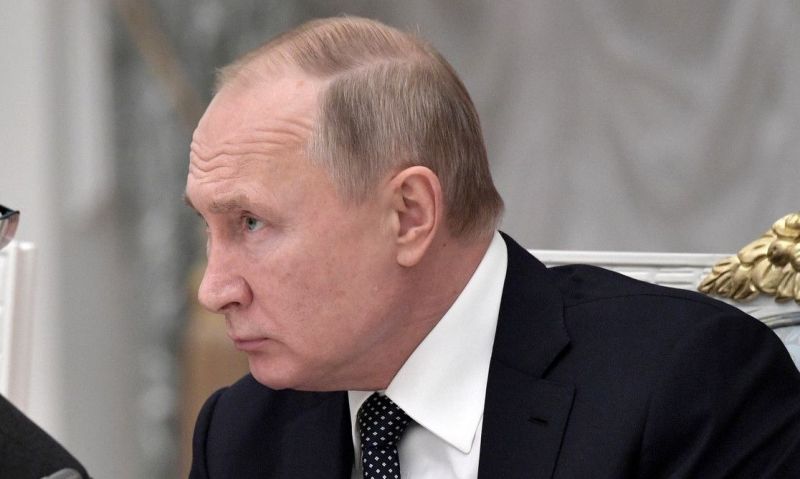 After a flurry of diktats and deployments, Vladimir Putin’s contrived crisis over Ukraine has triggered a flurry of diplomacy across Europe. It all may be a ploy by Putin to test NATO, extract concessions or posture his coiled-to-strike army. Indeed, by the time you read this, Putin may be digesting another slice of Ukraine or hailing himself as peacemaker. Either way, to prevent this from becoming a routine, the United States and its allies must address the root causes of the problem. Toward that end, NATO should recall some important lessons from history.

Claims First things first: Holding talks to promote security and stability in Europe is a good thing. “Jaw, jaw,” as Winston Churchill said, “is better than war, war.” If they build real understanding and secure real commitments, all these conferences -- the past month has seen U.S.-Russia talks, NATO-Russia talks, OSCE-Russia talks, U.N.-Russia talks -- will have prevented a war in Europe and advanced the cause of peace.

However, NATO allies should keep in mind the reason for these talks: Putin’s gun-to-the-head military threats, determination to upend the settled outcomes of the Cold War, and drift into paranoia.

This isn’t hyperbole. Consider the words of Putin’s deputy foreign minister: “The Europeans must … think about whether they want to avoid making their continent the scene of a military confrontation. They have a choice. Either take seriously what is put on the table or face a military-technical alternative.” With 100,000 troops and 1,200 tanks massed along the Ukraine-Russia-Belarus frontier, those words are not empty.

Regarding the post-Cold War order that has spread peace, prosperity and free government across Europe, Putin is demanding that NATO not expand, cease all military activities in Eastern Europe, pull back its forces to where they were in 1997 (before Poland, Hungary and Czech Republic joined the alliance), and grant him veto authority over the decisions of sovereign nations. In short, Putin is threatening a second invasion of Ukraine because he claims NATO expansion violates agreements at the end of the Cold War. But his version of history doesn’t correspond with reality. Mikhail Gorbachev himself concedes, “The topic of NATO expansion was not discussed at all.”

That brings us to Putin’s paranoia. Like history’s other revisionist autocrats, Putin masters in the double-standard and contrives historical grievances. For example, Putin advisor Dmitry Peskov contends that Ukraine can never be permitted to join NATO because “NATO is an instrument of confrontation.” Even if we accept that description of NATO, we should remember three important facts:

▪ If Putin’s position on Ukraine was simply a function of his NATO-phobia, he wouldn’t oppose Ukraine’s entry into the European Union, which is definitively not “an instrument of confrontation.”

In short, the crux of the problem is that Putin fears having another Western-oriented democracy next door.  As former Estonian president Toomas Hendrik Ilves observes, “Russia has bad relations with all the democratic countries on its borders” -- and believes Ukraine and Russia are “one people, a single whole.” Putin calls Ukraine “Novorossiya,” a czarist-era term for Ukraine’s Russian-speaking regions. He laments how the collapse of the USSR meant that “historically Russian territories with a historically Russian population, primarily in Ukraine, had found themselves living outside Russia.” And he claims Ukraine is building “an anti-Russia” and “stockpiling the latest weapons … Just imagine how Russia must live and carry on.”

This would be laughable if the stakes weren’t so high. Here are the facts: Russia, which invaded Ukraine, has a $1.7 trillion GDP, a population of 145 million, 1.4 million men under arms, a $61.7 billion military budget and 4,500 nuclear warheads. Ukraine, which was invaded by Russia, has a $153 billion GDP, a population of 44 million, 297,000 men under arms, a $5.9 billion defense budget and zero nuclear weapons. In fact, Ukraine surrendered its nuclear arsenal in exchange for a commitment from Russia to “refrain from the threat or use of force” and respect Ukraine’s “independence … sovereignty and the existing borders.”

Desires That’s a reminder that Putin, like his Soviet predecessors, doesn’t keep his word. Any deal yielded by these crisis talks must include stringent and verifiable enforcement mechanisms. As President Theodore Roosevelt observed, “Diplomacy is utterly useless where there is no force behind it.”

These words come from a man who earned a Nobel Peace Prize for negotiating treaties that staved off and ended wars in Europe, Africa and Asia. Roosevelt understood that treaties are only as good as the character of the governments that sign them, and peace talks only produce real peace if all sides desire peace. Putin doesn’t desire another war in Europe. But he surely desires, as Churchill said of Putin’s predecessors, “the fruits of war and the indefinite expansion of their power and doctrines.” For Putin, that translates into a neutered NATO and a reconstituted Russian Empire. Just consider his actions in recent years: cyberattacks against NATO member Estonia, invasions of former Soviet states Georgia and Ukraine, violations of the INF Treaty, arms shipments to Taliban forces waging war against NATO peacekeepers operating under U.N. mandate, strategic-influence operations across NATO’s footprint, cyberattacks against America’s energy infrastructure and food-supply infrastructure, wintertime shutdowns of natural-gas supplies bound for Central Europe, and nuclear threats against NATO members.

These are not the actions of a peace-loving regime.

Moreover, in the years before Russia’s 2014 invasion of Ukraine, NATO members slashed military spending and shelved deterrent military assets: The U.S. Navy’s North Atlantic-focused 2nd Fleet was deactivated in 2011. The Army’s Germany-based V Corps was deactivated in 2012. Washington withdrew every American main battle tank from Europe in 2013. That same year, Britain announced it would close its garrison in Germany. By 2014, Germany fielded fewer than 300 tanks -- down from 2,125 in the late 1980s.

These are not the actions of an alliance bent on “confrontation.” Yet Putin grew more aggressive even as NATO grew more accommodating.

Consequences That brings us to the lessons of Munich. Putin is not a latter-day Hitler. However, what Putin has set in motion with his bluster and brinkmanship serves as an echo of 1938 -- the year Hitler threatened war over German-speaking parts of Czechoslovakia. In response, Western powers scrambled to Munich for peace talks and ultimately rewarded Hitler for threatening to launch a war of aggression.

Though not invited to Munich, Czechoslovakia was not silent. Czech Foreign Minister Kamil Krofta brought the betrayal at Munich into focus. “Today it is our turn,” he concluded. “Tomorrow it will be the turn of others.” He was correct. Neville Chamberlain’s post-Munich promise of “peace in our time” lasted 11 months. The consequences of that moment were so dire, the failure of democratic powers so total, that Munich became synonymous with appeasement. The lessons of Munich would shape Western security strategy for the balance of the 20th century.

After reading the Munich agreement, Churchill concluded that “between submission and immediate war there was this third alternative … defend Czechoslovakia against an unprovoked aggression.” He grieved the short-term consequences of appeasement: “Silent, mournful, abandoned, broken, Czechoslovakia recedes into the darkness.” And he warned of what would follow: “This is only the first sip, the first foretaste of a bitter cup.” As prime minister, he wouldn’t repeat Chamberlain’s mistakes. “We cannot afford,” Churchill counseled at the outset of the Cold War, “to work on narrow margins, offering temptations to a trial of strength.”

Though not party to the Munich conference, Americans internalized its lessons.

“We are ready, at any time, to negotiate,” President Harry Truman said. “But we will not engage in appeasement.”

“The pact of Munich was a more fell blow to humanity than the atomic bomb at Hiroshima,” President Dwight Eisenhower bluntly concluded.

“There’s only one guaranteed way you can have peace -- and you can have it in the next second: surrender,” President Ronald Reagan said. “Admittedly, there’s a risk in any course we follow other than this, but every lesson of history tells us that the greater risk lies in appeasement.”

And so, lines were drawn, arsenals built, allies defended -- all to prevent another Munich, another great-power war.

Options Since Ukraine is not a member of NATO, its security and sovereignty are not guaranteed by NATO. But to borrow Churchill’s words, there are many options “between submission and immediate war” -- options that could help Putin reconsider his path.

Again, history offers helpful lessons. In the early hours of the Cold War, Truman declared that the United States would “support free peoples who are resisting attempted subjugation by armed minorities or by outside pressures.” Reagan hastened the end of the Cold War by reviving that strategy and providing aid -- military, technical, economic -- to those in Moscow’s crosshairs.

Today, that translates into strengthening Ukraine’s ability to defend itself by providing Kiev real-time intelligence, cyber-defenses and cyber-redundancies, shoreline defenses, radar-jamming and counter-jamming systems, and anti-aircraft, anti-personnel and additional anti-tank systems. As Rep. Seth Moulton, D-Mass., puts it, Washington should provide “weapons that will have a high cost in terms of Russian casualties” and “articulate to the world how the weapons we provide will force Mr. Putin to incur substantial losses of Russian troops.”

Britain, the Balts, Poland, Turkey and the United States are delivering such defensive weapons to Kiev. And the allies are fortifying NATO’s eastern flank.

NATO shouldn’t limit its response to the terrain Putin has chosen. If Putin wants a grand reappraisal of Europe’s post-Cold War order, NATO should oblige and announce that the alliance is eager to settle issues left unaddressed in 1989-1991. For starters, NATO could invite the leaders of all nations where Russian troops are deployed but unwelcome -- Moldova, Georgia, Ukraine -- to identify ways the alliance can strengthen their security and make their Russian occupiers uncomfortable. Gen. Kevin Ryan, a former military attaché at the U.S. embassy in Moscow, notes that Russia’s outposts in Georgia and Moldova -- bitterly opposed by both nations -- are “exposed and vulnerable to military action” by indigenous forces.

In addition, Washington could encourage the entry of Sweden and Finland into NATO. Given their strong democratic credentials and deep military cooperation with NATO, either could join the alliance in short order.

Washington also could elevate Ukraine and Georgia to the status of “major non-NATO ally” -- a designation Argentina, Bahrain, Egypt, Israel, Jordan, Kuwait, Morocco, Taiwan, Tunisia and other partners enjoy. This would not tie the U.S. to a mutual-defense treaty, but it would send a strong signal to Moscow.

Even as NATO parries Putin’s demands, it must create “off ramps” to allow Putin to retreat without being publicly humiliated. As we learned during the 1962 missile crisis with Moscow and 2001 Hainan crisis with Beijing, allowing dictators to save face can save lives.

Interests Ukraine falls outside NATO’s mandate and mission. But the principles at stake in this crisis -- the independence of NATO, the sovereignty of Europe’s nations, the maintenance of the post-Cold War order, what the NATO treaty calls the “stability and … security of the North Atlantic area” -- definitely do not.

NATO’s interests and territory will be far more secure if Ukraine remains a sovereign, democratically-oriented nation -- and will be further jeopardized if Putin is allowed to believe he can continue using bluster and force to reconstruct the Russian empire.