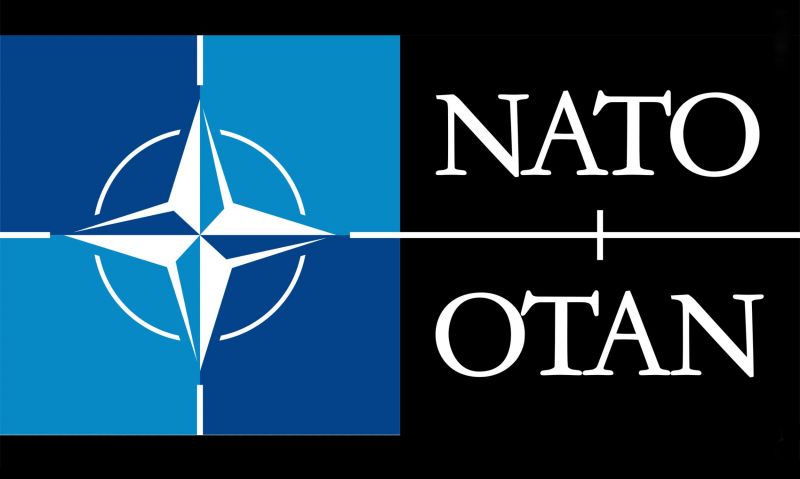 In the wake of Vladimir Putin’s beastly assault on Ukraine, multiple NATO nations have announced immediate plans to increase defense spending. This reawakening is long overdue. In this post-post-Cold War era, there’s no room in the free world for free-riders.

Rearming What Winston Churchill said of Josef Stalin and his commissars remains true of Putin and his henchmen: “There is nothing they admire so much as strength, and there is nothing for which they have less respect than for weakness, especially military weakness.”

Before hurling his army into Ukraine, Putin not only sensed weakness in NATO but saw it in a range of policies: evaporating defense budgets, lack of cohesion and commitment in Afghanistan, doubts about NATO sown by NATO leaders, the chaotic pullout from Kabul, the feckless response to his invasion of Georgia (2008) and annexation of Crimea (2014), flatfooted confusion over his misinformation campaigns and cyberattacks, a shortsighted dependency on his regime for energy supplies, the straitjacket self-restraint in NATO capitals.

Yet what Putin has seen in the months since he launched his catastrophic and criminal invasion of Ukraine is something he never anticipated.

For individuals and nations alike, danger on the doorstep has a way of rearranging priorities and refocusing the mind. That's what has happened among NATO's European leaders.

In a stunning 180-degree turn just 72 hours after Putin’s attack on Ukraine, German Chancellor Olaf Scholz announced that his government would increase defense spending to 2% of GDP – something NATO has been begging Berlin to do since 2006. That amounts to a near-doubling of Germany’s defense budget -- by next year. Scholz also unveiled a massive $112.7 billion modernization and rearmament fund and announced plans to replace Germany's aging fighter-bomber fleet with F-35s. And since energy security is inextricably tied to national security, it’s worth noting that he unveiled detailed plans to create a strategic LNG reserve and build new LNG terminals.

“The world,” Scholz explained as Putin began his siege to Ukraine, “will no longer be the same as the world before.”

Berlin’s extraordinary about-face was an early indication that other NATO nations would begin to lift their defense budgets – and finally see Putin for what he is, not what they hoped him to be.

Defense spending was inching upward in Europe even before Putin’s war, but Germany’s transformation that fateful last week of February heralds a far more dramatic and rapid return to deterrence across the 30-member alliance.

Poland – thrust to the frontlines of Cold War 2.0 by Putin’s invasion – announced that its defense budget will jump to 3% of GDP next year. Before the invasion, Poland had planned to invest 2.5% of GDP into defense. That’s a 20% spike in just one year. Mariusz Blaszczak, Poland’s defense minister, says Warsaw is committed to fielding “one of the strongest armies in NATO."

Just days after the invasion, French President Emmanuel Macron revealed that his government would increase defense spending, calling it “the price for peace, freedom and democracy.” To his credit, Macron has increased defense spending every year since 2017.

Italian Prime Minister Mario Draghi unveiled plans to “invest more in defense than we have ever done before” and to lift Italy's defense budget to the NATO standard of 2% of GDP.

Immediately after Putin launched his war, Latvia approved measures pushing its defense budget to 2.5% of GDP (up from 2.2%). That represents a one-year increase of 13%. Lithuania is increasing defense spending. And Estonia’s defense minister says the country will increase defense spending to accelerate equipment acquisitions.

Even before Russia’s February invasion, the Netherlands had increased defense spending. The Dutch government is working on an even bigger defense budget now, with Prime Minister Mark Rutte declaring, “The Netherlands will spend a lot of extra money on defense.”

Norway, which shares land and maritime borders with Russia, is making immediate emergency investments to- increase the number and tempo of naval deployments, increase the number of combat exercises, increase ammunition and fuel stocks, enhance its "ability to receive allied reinforcements," and "strengthen the armed forces' ability to prevent and stop digital threats."

Romania is increasing defense spending by 23.7% for fiscal 2023.

Thanks to major investments in defense announced in 2020, Britain is already riding its largest wave of defense spending since the Cold War’s end.

Sweden -- not yet a NATO member -- has unveiled a plan to rapidly increase defense spending from 1.3% of GDP to 2% of GDP.

As of this moment 10 members of the alliance meet NATO’sstandard 2%-of-GDP standard. But NATO is headed in the right direction. In 2016, just five members met that standard. And several allies are pouring significant sums into the common defense. Belgium’s defense budget is 10.9% larger than a year ago, Croatia’s is up 62.5% and the Greek defense budget is 49.6% larger. Italy’s is up 6%, Spain’s 7.7%, Britain’s 7.5% and France’s 5%.

At their extraordinary emergency summit in late March, NATO's political leaders began to outline where and how some of these new resources will be used. In addition to NATO's existing multinational battlegroups in Estonia, Latvia, Lithuania and Poland, the alliance is standing up four more in Bulgaria, Hungary, Romania and Slovakia.

"On land, we will have substantially more forces in the eastern part of the alliance, at higher readiness, with more prepositioned equipment and supplies," explains NATO Secretary General Jens Stoltenberg. "In the air, we will deploy more jets and strengthen our integrated air and missile defense. At sea, we will have carrier strike groups, submarines and significant numbers of combat ships on a persistent basis."

Rebalancing and rethinking This is necessary, first and foremost, to enhance NATO’s deterrent strength in the face of a revisionist regime in Moscow bent on reconstituting the Russian Empire. But it’s also necessary to bring the burden of transatlantic security back into some balance – and thus address frustration among U.S. policymakers and taxpayers over perceptions that Europe is “free-riding.”

After decades of naïve neglect on the part of many European members of NATO, the United States accounts for 72% of NATO military spending. At the height of the Cold War, the burden was closer to a 50-50 split. Led by Germany, Europe’s reawakening will help restore some balance and spread out the burdens of transatlantic security.

Given that we are in what Henry Kissinger calls the “foothills of a Cold War,” given what Putin and Xi Jinping are doing, given what they openly plan to do, given the metastasizing security challenges elsewhere in the world, it only makes sense to shift toward Cold War levels of defense spending. Just glance at your news feed:

· Putin is digesting chunks of Ukraine, demanding NATO pull back from Central Europe, rebuilding the Russian Empire piecemeal, hacking and attacking the U.S. power grid, opening military bases in the Arctic Circle, propping up regimes that gas and starve their own people, using chemical weapons to assassinate his enemies, and even threatening preemptive use of nuclear weapons to somehow de-escalate a conflict.

· Xi is engaged in one of history’s largest peacetime military buildups, has constructed and militarized illegal islands in the South China Sea, has absorbed Hong Kong in violation of international treaties, and is tightening his vise around Taiwan.

· Iran continues its drive to build a nuclear bomb, continues to foment revolution in neighboring countries, continues to attack commercial and military vessels in international waters, and continues to directly target Americans.

· The Taliban has retaken Afghanistan – not a comforting thought given what happened the last time the Taliban ruled that forever-broken country. Al-Qaida has a presence in 21 of Afghanistan’s 34 provinces.

· Add to this list North Korea, with its growing nuclear arsenal, spasms of missile tests and unpredictable leadership; a raging “wildfire of terrorism” across Africa, which is scarred by the re-emergence of ISIS; and Hezbollah’s 130,000 rockets.

The invasion of Ukraine is just an exclamation point to all of this, which explains why key congressional leaders are eyeing a larger defense budget. “It’s going to have to be bigger than we thought,” according to Rep. Adam Smith, D-Wash., chairman of the House Armed Services Committee. “The Russian invasion of Ukraine fundamentally altered what our national security posture and what our defense posture needs to be. It made it more complicated and it made it more expensive.”

How much more expensive? A week before Putin launched his war on Ukraine, some policymakers were considering fiscal 2023 defense spending above $800 billion, according to a Reuters report. That figure now seems likely to be the baseline for defense spending, rather than the ceiling.

From Warsaw to Washington, the goal in this alliance-wide rearmament effort is not to start a NATO-Russia war, but quite the opposite: to deter an attack against NATO and prevent what Churchill called “temptations to a trial of strength.”