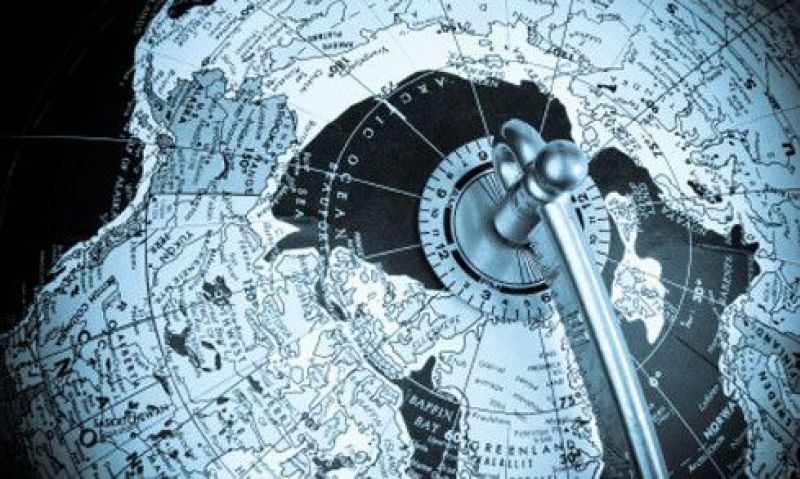 Like a stone thrown into a lake, Vladimir Putin’s unprovoked invasion of Ukraine has created ripple effects far away from the battlefront. One of the largest – and yet surprisingly overlooked – of those ripples can be seen in the Arctic. Because of Putin’s beastly assault on Ukraine, the security posture of the United States and its NATO allies in the Arctic has dramatically improved.

There are two main reasons for this welcome development. First, the entire alliance finally grasps the threat posed by Putin and finally realizes the only prudent course of action is to take Putin at his word. If he concocts fantasies about anti-Russian genocide in Georgia before attacking it, if he says “Ukraine is not even a state” before trying to absorb it, if he points to czarist maps and compares himself to a latter-day Peter the Great, then his declaration that Russia’s interests “are concentrated in the Arctic” – and his claims over vast swaths of Arctic territory – must be confronted.

In the past decade, while NATO focused on nation-building and counterterrorism in Afghanistan, civilian-protection in Libya, counterpiracy off the Horn of Africa, and pandemic response and resiliency, Putin has been pouring military resources into bolstering his outlandish Arctic claims. These claims include half the Arctic Circle and the entire North Pole – some 463,000 square miles of Artic territory.

Putin’s Arctic buildup includes activation/reactivation of six military bases and 14 military airfields within the Arctic Circle; activation of anti-ship and anti-air missile and radar sites; multiple airborne-assault exercises, amphibious landings and large-scale wargames, some enfolding as many as 80,000 troops and 220 aircraft; and a range of threatening actions directed at America’s Arctic presence. For instance, Russia’s air force has revived the Cold War-era practice of testing air defenses in Alaska, flouted America’s exclusive economic zone off Alaska and conducted large-scale maneuvers along the edge of Alaskan waters.

As a Canadian general at NORAD puts it, “This adversary – this competitor, Russia – has advanced on all fronts.”

That brings us to a second reason NATO’s position in the Arctic is rapidly evolving and improving: Putin’s invasion of Ukraine has forced Finland and Sweden – two key Arctic nations – to join the alliance. With Ukraine in full view, these longtime neutrals recognize not just that they will be better off defending their territory, sovereignty and freedom as members rather than mere neighbors of NATO, but that they will be safer from attack behind NATO’s shield than they will beyond it.

Both Sweden and Finland participated in NATO’s high-intensity, large-scale Cold Response exercise this year, which tested the ability of tens of thousands of troops from 27 allied militaries “to defend, fight and survive in an Arctic environment.” In 2021, Sweden hosted the Arctic Challenge exercise, which brought together warplanes from Sweden and Finland, along with NATO members Britain, Denmark, Germany, the Netherlands and the United States. In 2020, U.S. B-1B bombers joined Swedish fighters in maneuvers over Sweden, and Swedish and U.S. air and naval assets carried out combat maneuvers in and above the Baltic Sea. U.S. Marines have deployed to Sweden for cold-weather exercises and winter-warfare training with their Swedish hosts.

Beyond the Arctic, Sweden has contributed to NATO missions in Bosnia, Kosovo, Afghanistan, Libya and Iraq. Sweden ranks in the top 25 on a global index of military capabilities. Swedish firms design and field some of the best weapons systems in the world, including many of the antitank weapons that are defending Ukraine from Putin’s army of looters and rapists.

Finland fields a stout military of 280,000 personnel and 900,000 reservists. Finland has contributed to NATO operations in Bosnia, Kosovo and Afghanistan. Finland also is a part of NATO’s strategic airlift initiatives, participates in NATO’s Cooperative Cyber Defense Center, and provides logistical support to NATO forces based in or transiting through Finnish territory. And Finland invests 2% of GDP on defense – a standard NATO expects of all members.

Although NATO’s focus for much of its 73 years has been on the North Atlantic and Central Europe – places like GIUK Gap, Fulda Gap and Suwalki Gap – recall that several current NATO members are Arctic nations: the United States, Canada, Iceland, Denmark and Norway.

In the wake of Russia’s Ukraine invasion, Norway announced significant increases in military spending – most earmarked for defending the “High North.” In addition, Norway has moved its military headquarters north of the Arctic Circle, transferred a substantial part of its operational forces to the north and based its largest active army unit above the Arctic Circle, according to the Stockholm International Peace Research Institute.

Denmark recently invested hundreds of millions in an “Arctic capacity package” focused on security and surveillance in the Arctic, has created an Arctic military command, and is standing up an Arctic Response Force composed of rapid-reaction air, maritime and land units.

Canada’s military conducts allied and Canada-only exercises in the Arctic. Ottawa recently announced plans to invest nearly $1 billion on a new Arctic radar system to defend U.S. and Canadian territory. And Canada partners with the United States on the biennial Arctic Edge exercise.

That brings us to America’s renewed focus on Arctic security and deterrence. A recent Pentagon report bluntly states: “The United States is an Arctic nation.”

To consolidate and solidify its operations in Alaska, the Pentagon in June redesignated the Army’s 12,000 troops in the 49th state as the 11th Airborne Division. The soldiers in the reconstituted 11th Airborne, Army Chief of Staff Gen. James McConville vows, will be “masters” in “Arctic warfighting, in extreme cold weather, in mountainous and high-altitude terrain.” According to Maj. Gen. Brian Eifler, commander of the 11th Airborne, America’s Arctic soldiers will draw lessons from their Canadian and Norwegian brothers in arms.

That’s just the tip of the iceberg for U.S. forces in the High North. All told, the U.S. military has 22,000 active-duty personnel (plus 4,700 Guardsmen and reservists) deployed in Alaska. America’s largest concentration of fifth-generation warplanes (F-22s and F-35s) is deployed in Alaska, and the Air Force is investing some $6 billion annually in Arctic capabilities.

Some Marine Corps units are training at the Army’s Northern Warfare Training Center in Alaska; others are deploying to Norway for cold-weather training.

U.S. submarines have spearheaded Arctic exercises designed to explore operational capabilities in this unique environment. U.S. anti-submarine planes are flying out of Iceland. And U.S. warships are conducting joint-training operations around Iceland with French, British, German, Norwegian and Icelandic units.

With Finland and Sweden soon joining the alliance, NATO’s presence, capabilities and interest in the Arctic will only increase.

Britain, which is a key partner in a range of allied exercises in the Arctic, recently called for “NATO to take a more proactive approach to the High North.” NATO Secretary General Jens Stoltenberg declared in March that “NATO is an Arctic alliance.” He believes “a strong, firm and predictable allied presence is the best way to ensure stability and protect our interests.”

In short, all the building blocks are in place for NATO to address the threat posed by Putin’s militarization of the Arctic. It’s time for NATO’s current and future Arctic members to formalize and harmonize their efforts, combine their capabilities, and deal with Moscow from a posture of unity and strength. There are many approaches the alliance can take to achieve that goal: an Arctic Affairs Committee or Arctic Working Group, a Center for Arctic Security modeled after other centers dedicated to specific security issues, even a full-fledged Allied Command Arctic.

The primary goal of such an effort would be to deter Putin from extending his war of czarist neo-imperialism into Arctic territory. The secondary goal would be to ensure that the Arctic’s natural-resource bounty is developed in a transparent manner governed by the rule of law, legal exploration and extraction conventions, and sound trade practices.

As they learned during the Cold War, NATO’s members can achieve far more by pooling their assets, identifying and pursuing common interests, and coordinating plans and deployments than they can by going it alone.