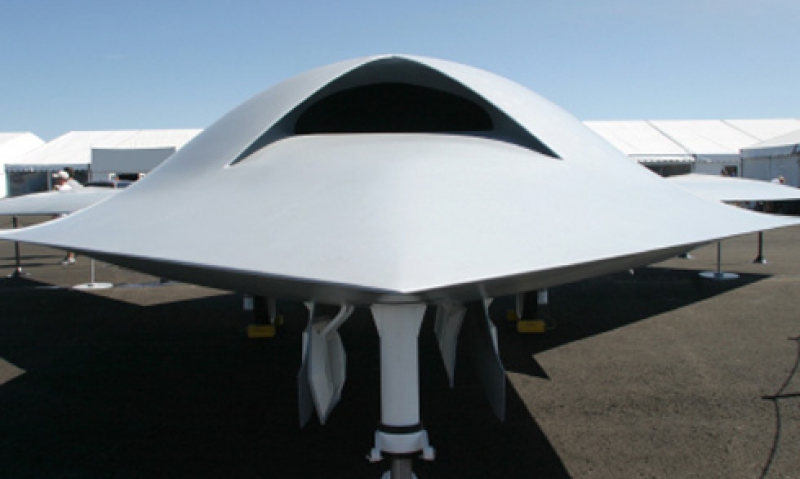 So central are unmanned aerial vehicles (UAVs) to U.S. efforts in the Afghanistan-Pakistan theater that some observers have dubbed this front of the war on terror “the drone war.” It began under the Bush administration and has intensified under the Obama administration:

• French news organization AFP reports that at least 45 drone attacks have killed 450 people since August 2008. Recent kills include al-Qaeda’s operations chief in Pakistan, as well as the mastermind of the assassination of Benazir Bhutto and the Islamabad Marriott bombing.

• The Long War Journal notes that there were 28 drone airstrikes targeting Pakistan’s tribal areas between August and December 2008, “nearly double the total number of airstrikes in the previous four years combined.” And the number of drone strikes in 2009 is on pace to be nearly twice the 2008 total.

• According to LWJ, June and July of 2009 were two of the three most lethal months in the drone war.

The result: drones are tilting the balance back in favor of the United States, empowering U.S. forces with endless streams of information and changing how we wage war.

Retrofitted with Hellfire missiles, the Predator has struck targets in Pakistan, Iraq, Afghanistan and Yemen. The Predator’s next-generation cousin, the Reaper, has weaponry grafted into its systems. Instead of just two Hellfires, the Reaper has 14 and flies higher and faster than the Predator. An updated version of the Reaper will be equipped with the ominously named “Gorgon Stare.” As Air Force Times explains, if 12 different terrorists scatter from a building in 12 different directions, “Gorgon Stare could dedicate one angle to each.”

According to a Washington Post analysis, the Air Force is flying Predators and Reapers over Iraq and Afghanistan in 35 simultaneous orbits, providing 24-hour coverage. In short, these are anything but glorified remote-control toys – and Pentagon planners know it.

Consider that the Air Force “will train more pilots to fly unmanned aerial systems from ground operations centers this year than pilots to fly fighter or bomber aircraft,” according to the Post.

Some military leaders are peering over the horizon to glimpse a future when UAVs replace piloted warplanes. As Air Force Magazine’s online daily recently reported, Joint Chiefs Chairman Michael Mullen concedes, “There are those that see the JSF … as the last manned fighter … and I’m one that’s inclined to believe that.”

Production of the Joint Strike Fighter is scheduled to phase out in 2034.

Between now and then, we can expect increasing levels of coordination between America’s piloted fleet and a diverse array of armed, stealth, recon, tanker, and even micro- and nano-UAVs. But as the drone force becomes the dominant element within the U.S. air armada – perhaps even replacing piloted planes – there will be consequences.

First, we will miss the unique characteristics that pilots in the cockpit bring to the battle space: the ability to apply split-second decision-making, 360-degree situational awareness, years of training, and a lifetime judgment to the mission. Drones cannot match those attributes, and their controllers are, by definition, removed from the battle space.

It pays to recall that when controllers lost control of an armed Reaper as it cruised toward the edge of Afghan airspace, it was a manned fighter that intercepted the runaway drone and destroyed it, thus preventing an international incident.

Second, future commanders in chief may be tempted to apply military power in ways and places that they otherwise wouldn’t. With their controllers 7,000 miles away from the target, drones are the ultimate stand-off weapon. As Daniel Haulman of the Air Force Historical Research Agency has noted, “More willing to lose is more willing to use.”

From World War II to Desert Storm to the war on terror, the United States has grown adept at striking its enemies with increasing levels of precision and decreasing levels of risk to those pulling the trigger. Make no mistake: this is a good thing for the airmen we put in harm’s way. However, it carries political and geopolitical implications.

Amid the Allied bombing raids on Germany at the end of World War II, British physicist Patrick Blackett worried that London and Washington had developed a “Jupiter Complex,” which historian Paul Johnson describes as “the notion of the Allies as righteous gods, raining retributive thunderbolts on their wicked enemies.”

Drones could become the ultimate expression of the Jupiter Complex, enabling Washington to strike anywhere on earth with no immediate political risk. In a representative democracy like ours, the risk borne by U.S. personnel has always been a final, built-in check on the commander in chief’s decision to take military action.

Technology has made that risk ever smaller in recent decades. Drones present the possibility of erasing that risk altogether.