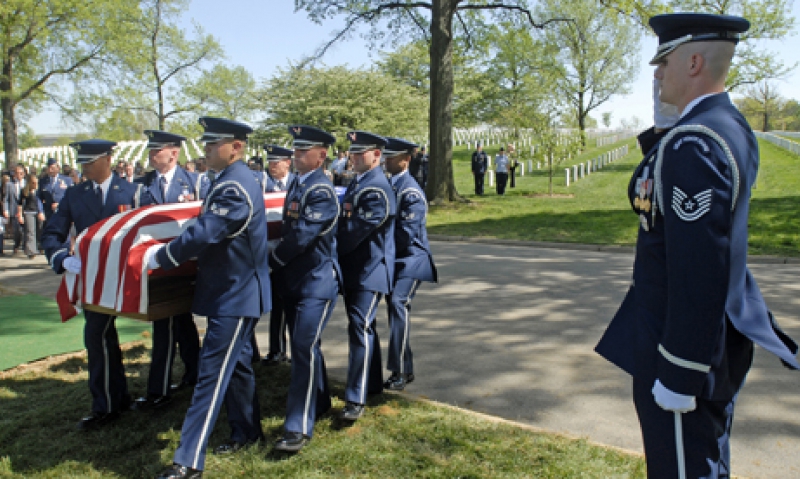 Americans have a bad habit of gauging the success or failure of a particular war according to the number of Americans who die waging it. We catch a glimpse of this in the ups and downs and ups of polling on the Iraq war.

In March 2003, for instance, as the U.S. invasion force raced to Baghdad to decapitate the Iraqi regime, 69 percent of Americans supported the war. But by July 2004, after some 600 American troops had died in "postwar" Iraq, 47 percent said the U.S. should have stayed out. By June 2006, as insurgents and jihadists sent Iraq careening toward civil war - claiming nearly 3,000 Americans along the way - 54 percent opposed the war. By mid-2007, at the height of the surge, 67 percent opposed the war. Yet by December 2009 - at the end of a year and at the end of a month that saw the lowest number of U.S. deaths since the start of the war - 57 percent of the public called the war effort very successful or somewhat successful.

Of course, history reminds us that the success or failure of a military mission is not defined or determined by the number of U.S. forces killed in action. If that were the only measure, then Desert One, Somalia and Kosovo are among the most successful military operations in American history, while the Civil War and World War II are total failures.

In other words, there is more to it than casualty counts, as members of The American Legion understand.

The reason this is relevant today is that many Americans - and far too many of those who represent us in Washington - have concluded that Afghanistan is a lost cause because hundreds of Americans have died fighting there.

In their 1998 book A World Transformed, President George H.W. Bush and his national security advisor, Brent Scowcroft, argued that shutting down the ground war at the 100-hour mark and leaving Saddam in Baghdad was the right thing to do. "The United States could conceivably still be an occupying power in a bitterly hostile land," they concluded.

Of course, that's effectively what happened, at least in the eyes of Osama bin Laden and his followers. Since a wounded Saddam could not be left unattended and an oil-rich Saudi Arabia could not be left unprotected, U.S. troops took up long-term residence in the Muslim holy land, which incensed and galvanized al Qaeda, which carried out the attacks of Sept. 11, 2001, which triggered America's war on terror, changed how Washington perceived and dealt with threats, and led back to Iraq.

In other words, what might look like success - or failure - from one side of history may look quite different from the other side.

Today, looking back from the safe distance provided by history, we conclude that ending slavery and preserving the Republic was worth 364,511 Union troops (and rightly so), that taking over Spain's Philippine possessions was worth 4,200 American lives, that making the world safe for democracy was worth the 116,516 Americans who died in the war to end all wars, that holding back communism at the 38th parallel was worth 36,574 Americans.

But such a consensus didn't exist at the time. In 1863 and 1901, in 1917 and 1952, Americans grappled with how much blood someone else's freedom or their own sense of security was worth.

Moreover, what seems reasonable or tolerable in the abstract, through the filter of a history book, seldom does when it becomes personal and present. War is not a matter of sterile numbers, but of names that represent people. Each of the deaths listed above represents a life snuffed out before its time, a family haunted by constant reminders of loss-the undented pillow, the uncelebrated birthday, the unspoken "I love you."

Perhaps as the years pass by, a consensus will emerge in relation to the wars in Iraq and Afghanistan. But perhaps it won't. It pays to recall that 35 years after the fall of Saigon, Americans are still debating the war in Vietnam.