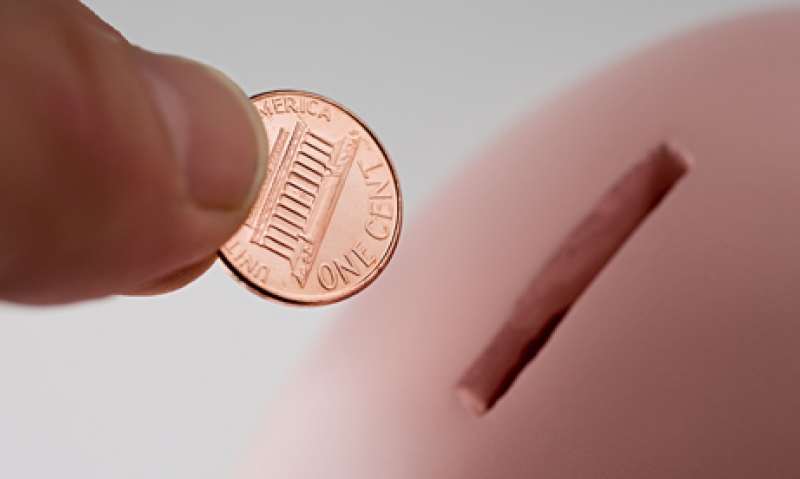 Defense Secretary Robert Gates recently quoted former President Eisenhower, "The patriot today is the fellow who can do the job with less money."

Although the military was the beneficiary of healthy infusions of cash after 9/11 - what Gates calls "a gusher of defense spending" - the Pentagon's top man is challenging his charges to do something the rest of Washington hasn't been asked to do: spend less and spend smarter.

Specifically, Gates wants to cut defense spending "around $10 billion" in 2012 and up to $15 billion every year thereafter. Coincidentally, a congressionally-appointed panel proposes $1.1 trillion in defense cuts over the next decade, which would slash weapons systems like the V-22 Osprey, eliminate up to 200,000 combat troops and mothball 57 warships.

Gates deserves credit for his courage and candor. But he knows far better than anyone else - after almost a decade of high-intensity combat, nation-building and counterinsurgency war - that the Pentagon needs to replenish its arsenal, and that will cost money. The examples are everywhere:

• "Heavy use is wearing down helicopters and fixed-wing aircraft," National Defense magazine reports. "The Army alone so far has lost 130 helicopters in combat ... The average CH-53 in Iraq and Afghanistan is flying more than 40 hours per month. In peace time, it typically flies 17 hours per month."

• The Air Force has lost 160 warplanes since 9/11, according to a report published by Air Force Magazine. This concludes that "inadequate budgets ... have made it possible for USAF to buy few, if any, replacements for aircraft lost or retired because of their age, soaring maintenance costs or safety concerns." The result is a reduction in the fleet's size and "a growing concern about the Air Force's future ability to meet the demands of combat in Afghanistan and Iraq, not to mention those generated by USAF's other global responsibilities."

• According to Defense News, "Current aerial refueling capacity is as much as 20 percent shy of what could be needed in major conflict."

• PACOM, SOUTHCOM and AFRICOM need more UAVs but have been ordered to take a number because CENTCOM has priority over the nation's undersized fleet of 6,500 drones.

• The Navy will face a 177-plane shortfall unless it flies its aging F/A-18s longer than planned.

• U.S. Strategic Command "has no bullpen stocked with GPS, advanced communications, missile early warning satellites, and other [satellites] that are ready to be put in orbit should the need arise," Defense News reports.

• The Center for Strategic and Budgetary Assessments warns, "When the defense budget ceases to grow above the rate of inflation, the Department will have to make difficult choices between competing priorities, such as personnel and equipment ... between taking care of the people who serve or the equipment they need to fight and prevail in current and future conflicts."

• According to the Congressional Budget Office, "If the Navy receives the same amount of money for ship construction in the next 30 years that it has over the past three decades - an average of about $15 billion per year in 2009 dollars - it will not be able to execute its fiscal year 2009 plan to increase the fleet from 287 battle force ships to 313." So the Navy is aiming for a much more modest target of 301 ships by 2040, Jane's Defense reports. The current fleet is just 287 ships, the smallest number since World War I.

That brings us back to Secretary Gates. "When costs soar, the number of ships and planes the military can buy drops accordingly," he says. "The Navy wanted 32 of the next generation destroyer ... because of skyrocketing costs, we will build three. The Air Force wanted 132 B-2 bombers; at $2 billion each, we built 20. This is unsustainable."

Gates' solution is to spend smarter and to keep things in perspective.

"Should we really be up in arms over a temporary projected shortfall of about 100 Navy and Marine strike fighters ... when America's military possesses more than 3,200 tactical combat aircraft of all kinds? Does the number of warships we have and are building really put America at risk when the U.S. battle fleet is larger than the next 13 navies combined?" he asks. "Is it a dire threat that by 2020 the United States will have only 20 times more advanced stealth fighters than China?"

In other words, the value of a squadron of stealth bombers, a fleet of super-carriers, a constellation of satellites and space sensors, an arsenal of nuclear-tipped ICBMs or a full quiver of missile defenses, is in their capacity not only to deter rising powers, but to deter them from even trying to challenge American power or the global order supported by that power.

Such dominance is costly, to be sure, but not as costly as enduring another cold war or waging a third world war. If history is any guide, we can expect to expend 6-10 percent of our GDP annually, rather than the current 3-4 percent, waging a full-blown cold war with a near-peer competitor like China. And the human and material costs of another global war - the kind that kills millions, erases cities and destroys nations - are unimaginable.

In short, peace through strength - whatRonald Reagan prescribed at the end of the Cold War and Churchill at the beginning, what George Washington counseled centuries ago and the Romans millennia ago - is actually cheaper than the alternative.