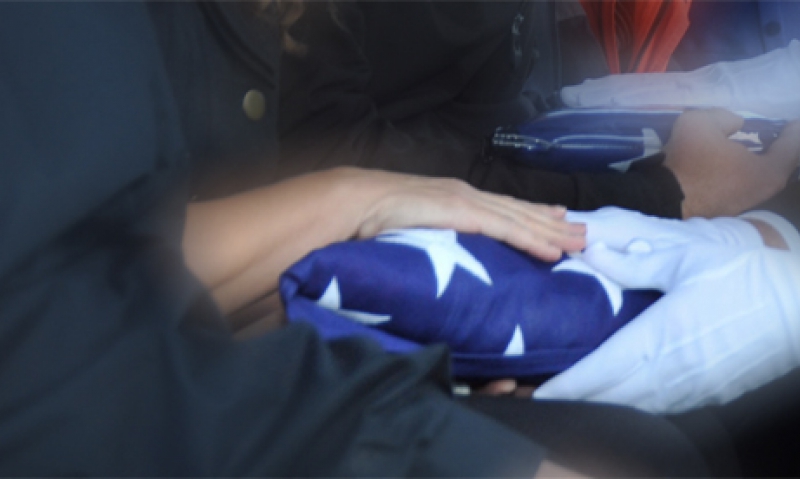 Congress is considering legislation that would allow civilians who are killed while working for the federal government to be honored with U.S. flags at their funerals – the same way servicemembers killed on active duty are honored. DoD photo

The American Legion is denouncing a bill the House of Representatives is scheduled to vote on today allowing for payment of "expenses incident to the presentation of a (U.S.) flag" for civilians who are killed while working for the federal government.

The Civilian Service Recognition Act of 2011 (H.R. 2061) was introduced May 31 by Rep. Bill Hanna of New York. Noting that 3,000 federal employees have died since 1993, Hanna said, "Like members of the armed services, civilian federal employees are often in harm's way. Ours is a grateful nation, one that values the sacrifices made in honor of this country. A life can never be repaid, but it can be honored."

Fang Wong, newly elected national commander of the Legion, said the bill is a misguided attempt to equate civil service with military service.

"Congress needs to think twice before acting on this hastily written bill," Wong said. "Civil service workers do not sign a pledge to defend America with their lives, they are not forced to serve in combat zones, and their work routines do not include engaging enemy forces overseas."

The bill's advocates and the Committee on Oversight and Governnment Reform noted that presentation of a U.S. flag "is an appropriate way to honor Federal employees' contributions to the American public. The Committee believes these individuals are no less deserving of our respect than members of our armed forces." They point to legislation passed in 1993, allowing for civilians working with the military to be afforded the same privilege.

"We certainly respect the service and dedication of those who sign up for civil service, but these individuals pledge much less than our servicemembers and veterans," Wong said. "If federal employees die or are killed in service to America, they should be honored by a grateful nation. Just not in the same way as our military or veterans."