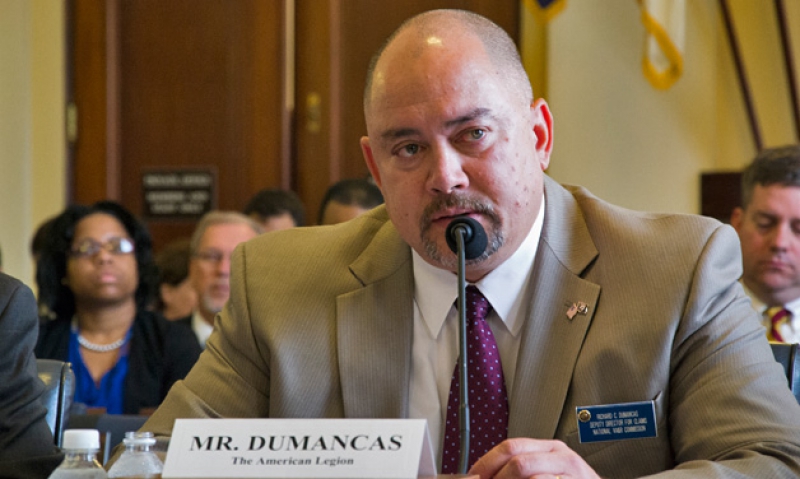 The effectiveness of a new technology for handling veterans’ disability claims was challenged by The American Legion at a June 19 congressional hearing that focused on Department of Veterans Affairs efforts to improve its claims process. The Veterans Benefits Management System (VBMS) is a pilot program that shows much promise, yet the Legion sees potential problems with it already.

“Though it is more difficult to measure,” Dumancas testified, “VA’s accuracy figures do not appear to be going in a positive direction, either. Whether VA’s internal Statistical Technical Accuracy Review figures are used, or outside audits such as The American Legion’s Regional Office Action Review (ROAR) figures, VA is still clearly far from achieving the stated goal of 98 percent accuracy on their claims processing.”

The Legion told Congress that “VA has unleashed what must be an unprecedented number of pilot programs and initiatives to tackle the Herculean task of taming the claims quagmire,” which raises concerns about “the lack of clear direction from VA.”

Some new VA programs have gauged real improvements, but the Legion is concerned that these gains may be lost among the sheer volume of data VA is compiling on the success or failure of its myriad projects and programs.

VBMS promises to manage claims case loads with greater speed and move operations into a paperless environment. But the new system’s official launch is a year and a half away. It was supposed to be fully implemented by the end of this year; that deadline has been pushed back to December 2013, and only four VA locations are currently using the new technology.

VBMS apparently is showing some lag time in the way it operates. An American Legion representative who uses an office with the system installed has reported that, despite recent hardware upgrades, the system “continues to take between 15 and 20 seconds to load each page of an electronic record.” When hundreds of records are reviewed, such delays can amount to hours of lost office time on any given day of claims processing. VBMS internal testing is taking three times longer than anticipated and development is taking four times longer. “Additionally, since we are back-scanning entire multiple-volume claim folders, every old document from the claims folder shows as a new email indicator.” So each new email has to be opened, and every document in the e-folder, with a 15-20 delay for each one.

Another problem with implementing VBMS, according to the Legion’s testimony, is the resistance of VA’s work culture to the new technology. American Legion service officers in several offices with VBMS have noted that VA end-users are already spending excessive amounts of time using “work around” methods to get through the day’s business. “If the program is only in pilot stages, in limited use, and already the ‘work around’ mentality has taken root, this must be recognized as a key concern,” the Legion testified.

VA has not been forthcoming with a detailed response on how it plans to scan millions of paper documents in a timely, proficient manner. Last April, VA announced its partnership with the National Archives and Records Administration (NARA) to accommodate its scanning needs. But it is the Legion’s understanding that NARA is unclear about its role beyond the 2012 fiscal year - less than four months away. Some confusion also exists over the scope of NARA’s involvement in the project. “A lot of weight is riding on getting the electronic scanning portion of this system done right,” the Legion testified, “so ambiguity in this area is deeply distressing.”

The Legion testified about specific problems with several other VA programs:

Disability Benefits Questionnaire: A standardized form used by private-sector physicians who give medical exams to veterans, providing VA with specific information.
Problem: Veterans bringing these completed forms to VA facilities are almost universally ordered to take another physical exam. This is probably caused by the fact that the forms lack a clearly marked space in which to give their nexus opinions, a necessary component for establishing service connection to disabilities.

I-Lab: An experimental process designed to maximize work from staff by directing case-flow into multiple “lanes” that match the type of claim being worked.
Problem:  Initial feedback is that some of the lanes for easier claims are moving faster, while those for more difficult or complex claims have slowed down.

Fully Developed Claims: These claims are supposed to have a faster turnaround because veterans filing them provide all the key documentation up-front.
Problem: Anecdotal reports indicate these veterans are actually waiting longer for their decisions than with the standard claims process.

Appeals Pilot Program: The new dimension to this process is the early involvement of VA’s decision review officers.
Problem: The program may encroach on a veteran’s appellate rights. New evidence may not be taken into account, which means that previous flawed decisions may be “rubber-stamped.”

One VA success story was also highlighted in the Legion’s testimony: the impressive progress made by the Appeals Management Center (AMC), which, in 2008, took nearly 400 days on average to complete a disability claim. Those claims were remanded at the rate of about 30 percent, “meaning the accuracy was so poor, nearly a third of the claims were continually sent back to be redone properly.”

Today, the AMC has cut its average claim-processing time in half and the remand rate has dropped to 7 percent.

“This is what happens with a mind set and dedication to turning a badly performing process around,” Dumancas testified. “The American Legion strongly encourages allowing that mind set to spread.... Ultimately, these problems may require culture shift within VA to fix. Technological fixes may not be as helpful as changing the VA mind set.”