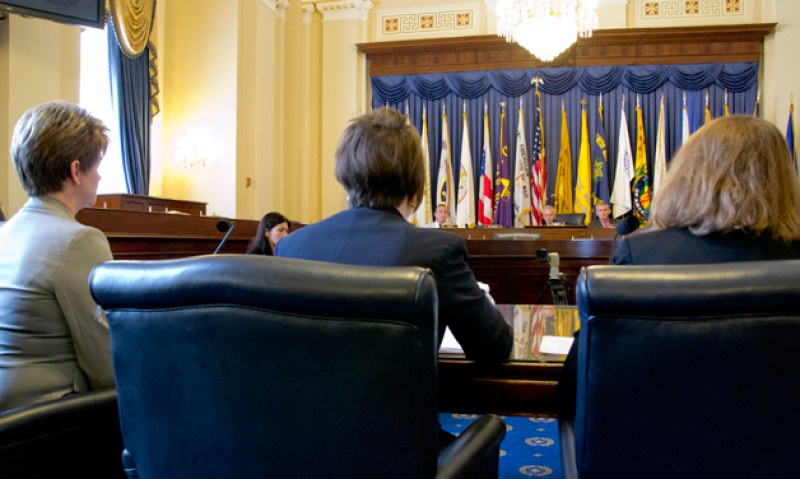 Veterans who are dissatisfied with the way their fiduciaries are handling their finances will be able to appeal those appointments if Congress passes legislation that was discussed at a June 20 House hearing in Washington, D.C.

The Veterans Fiduciary Reform Act of 2012 would provide guidelines for investigating financial fraud and procedures for veterans to recommend their own fiduciaries. Addtionally, the bill would institute mandatory deadlines on wait times for follow-up visits, which have averaged as high as 151 days at the Western Fiduciary Hub in Salt Lake City.

The American Legion’s testimony on fiduciary reform was presented by Lori Perkio, assistant director of the Legion’s Veterans Affairs & Rehabilitation Division, at a hearing of the House Committee on Veterans’ Affairs Subcommittee on Oversight and Investigations.

The Legion expressed concern to Congress last February over inordinately long wait times at the Salt Lake City hub, the lack of redress for veterans who have issues with their fiduciaries, and the lack of input from veterans in selecting their own financial custodians.

“New regulation makes clear the shorter mandatory deadlines, which should help reduce these lengthy wait times,” the Legion testified, “... and this legislation has both an appeals process for the initial appointment, and there are guidelines for investigation of those fiduciaries who are believed to be misusing the funds of the beneficiaries.” The measure also includes procedures that ensure veterans have the chance to recommend a fiduciary for themselves.

“There are still areas of concern to be addressed,” the Legion told the subcommittee, “such as the poor chain of contact through the phone banks, and the sometimes great physical distances involved with fiduciaries located hundreds of miles from the beneficiaries they serve, but these are obstacles which can be overcome with continued work and attention to the process....”

Another Legion-supported bill, the Veterans’ Data Breach Timely Notification Act, was also discussed at the hearing. This measure would direct the Department of Veterans Affairs to establish standard notification procedures for veterans whose personal information may have been compromised. It too calls for notification of the general public and appropriate members of Congress.

“While every measure must be taken to ensure the security and integrity of personal information entrusted to the government,” the Legion testified, “equally as important is the need to deal with any potential breaches when they occur.”