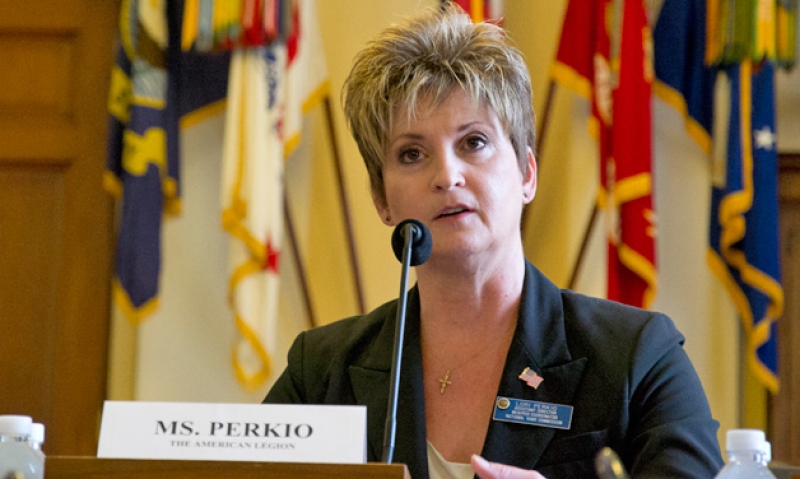 Lack of documentation is a frequent obstacle faced by military sexual trauma (MST) victims who have post-traumatic stress disorder. Without it, veterans cannot establish a service connection to their conditions and therefore cannot receive disability benefits.

The American Legion wants the Department of Veterans Affairs to change the way it adjudicates PTSD claims for victims of MST, so they are handled in the same manner as those of combat veterans.
In its July 18 testimony before a House subcommittee, the Legion noted that VA had voluntarily changed its claims regulations in 2010, making it easier for veterans who served in combat zones to obtain service connection for PTSD. That same relaxation of evidentiary requirements, said the Legion, should also be applied to MST victims.

“For victims of Military Sexual Trauma (MST) the most difficult point to prove is usually the occurrence of the event in service,” Perkio testified. “There are a variety of reasons for this difficulty. Some of these reasons are institutional or even societal. Some of these reasons revolve around the circumstances and culture often associated with the triggering incidences.”

Perkio referenced the various difficulties and sensitive subjects that MST victims often face in going through the process of earning service-connection status for PTSD. These are issues that VA was made aware of, she said, in a 2004 document on MST produced by the Veterans Health Initiative to VA health providers.

“The guide recognizes some of the ‘downsides’ veterans might face filing a claim,” Perkio testified. “Veterans will be forced to undergo detailed descriptions of the horrifying events which have resulted in their present PTSD symptoms. Many veterans attach symbolic value to receiving service connection and could be further traumatized by repeated rejections and denials.

“Further complicating the process is that in many cases there may be no records which could verify a veteran’s claim of assault or sexual trauma in service .... Even new military programs developed to help victims deal with sexual trauma in the military are often based on anonymity, to assuage concerns of victims who feel their reporting of the incident may adversely impact their career.”

The anonymity is positive in that it might be increasing the number of victims who report trauma and receive help, but it could be having a disastrous longterm effect in that it’s concealing assault incidents that would help earn service-connection status, Perkio said. Perkio testified that the key is looking at an MST claimant’s record of behavior to determine if such a status declaration is merited.

“Recognizing the importance of types of evidence such as behavior changes, deterioration in work performance, substance abuse, episodes of depression, unexplained economic or social behavior changes and the like, the regulations show the difficulty inherent in proving the existence of the event in question,” Perkio testified. “Despite the (VA) regulatory requirement to pay special attention to these types of information, American Legion service officers frequently report that this is not how these claims are actually adjudicated in the field.”

“There are clear parallels to the struggles of veterans fighting to be recognized with service connection for PTSD in combat situations and in situations of sexual trauma,” Perkio said. “In both cases, the trauma contributes to lasting effects which can reach into every aspect of the veteran’s life. In both cases, the reliving of the event as a necessary part of the process of service connection can be devastating and contribute to further trauma. In both cases, there is a long established understanding of the lack of available records to help validate the claim.

“With a doctor’s detailed evaluation, and relating the PTSD to an event in service, the evidentiary requirement for MST victims could be treated in the same manner in which we treat combat veterans. If the described incident is consistent with the nature of sexual trauma and conforms to the diagnosis, the existence of the in service stressor should be conceded by VA.”

The victims of military sexual trauma deserve better than to have to relive their experiences while going through the claims process.

“The veterans in question have already been terribly victimized,” Perkio said. “Unlike combat veterans, they are unlikely to be hailed as heroes, although the courage to come forward and seek treatment is no less admirable. As a nation we must be reaching out to these veterans and telling them it is not only okay to come forward, but we have to reestablish trust with them.

“The system needs fixing, but it is not a complicated fix. The lessons of combat PTSD have shown us VA can make these changes on their own initiative, and The American Legion urges them to act now to do so for victims of MST.”