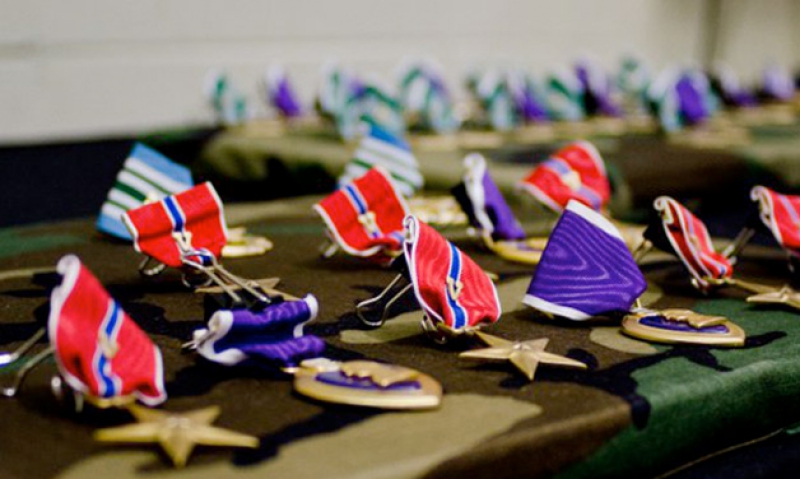 On Feb. 4, an American Legion-favored campaign to criminalize the act of lying for profit about being the recipient of certain military honors was renewed with the introduction into the U.S. Senate of the Stolen Valor Act of 2013. The measure, introduced by Sen. Dean Heller, R-Nev., and Sen. Jon Tester, D-Mont., is a companion bill to legislation proposed on Jan. 15 by U.S. House Rep. Joe Heck, R-Nev.

The Stolen Valor Act of 2013 would enhance current federal legislation that punishes those who falsely represent themselves as decorated military heroes. A provision in the proposed law would authorize criminal prosecution of those who lie about being awarded certain medals and decorations in order to gain veterans benefits.

The existing federal law, Title 18, Section 704, reads, in part, "Whoever falsely represents himself or herself, verbally or in writing, to have been awarded (certain) decoration(s) or medal(s) authorized by Congress for the Armed Forces…shall be fined …imprisoned….or both."

The Stolen Valor Act of 2013 would replace that provision with "Whoever, with intent to obtain money, property or other tangible benefit, fraudulently holds oneself out to be a recipient of a decoration or medal described…shall be fined (and/or) imprisoned not more than one year...."

The Legion adopted Resolution 283 during its 2012 national convention in Indianapolis, which states that existing laws "have not been effective in stopping false claims of receipt of medals and decorations of valor, which criminal acts appear to be escalating as the Act remains but a misdemeanor and not a felony (and) false claims of military service and receipt of medals of valor have resulted in literally millions of dollars in fraudulent claims for VA services." The resolution asks Congress "to provide that the elements of fraud be incorporated into previous Stolen Valor legislation such that it accomplishes the same goal as the previous legislation and passes Constitutional muster."

The Legion is examining the new House and Senate Stolen Valor Acts to determine if they satisfy the terms of the Legion’s resolution. Similar legislation introduced earlier was struck down by the U.S. Supreme Court with the justices ruling that it was too restrictive and infringed upon the right of free speech.