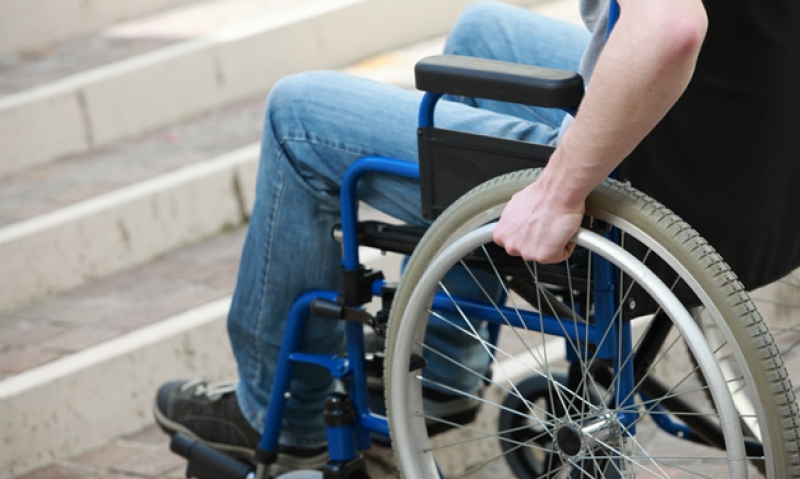 American Legion National Commander Daniel M. Dellinger is calling on the Senate to ratify the U.N. Convention on the Rights of Persons with Disabilities (CRPD).

An international disability treaty inspired by U.S. leadership in recognizing the rights of people with disabilities, the CRPD creates a framework for legislation and policies around the world to improve the lives of all people with disabilities, including millions of disabled American veterans who travel abroad. The Americans with Disabilities Act (ADA) was the model for the CRPD, and the treaty echoes its values of independence and respect for persons with disabilities, as well as reasonable accommodations.

Tell your senator to support the treaty by clicking here.

The American Legion views the treaty as beneficial to military veterans with disabilities who work, serve, travel and live abroad. In a Nov. 1 letter of support to Senate Committee on Foreign Relations Committee Chairman Bob Menendez and Ranking Member Bob Corker, Dellinger wrote, "I would like to express our strong support for the… treaty that seeks to ensure that countries around the globe provide people with disabilities the same rights as everyone else in order to live full, satisfying and productive lives. We urge swift, bipartisan action by the Senate Foreign Relations Committee in favorably reporting this important treaty to the full Senate.

"Some have expressed misgivings about the treaty. However, we are confident these concerns have been addressed by the adoption of a set of conditions called reservations, understandings and declarations. These conditions protect U.S. sovereignty, ensure parental rights and recognize the treaty as a nondiscrimination instrument, similar to the landmark Americans with Disabilities Act."

Dellinger went on to point to broad-based support for the treaty by faith-based groups, civil rights organizations, disability groups, business leaders – such as the U.S. Chamber of Commerce – as well as fellow veterans’ service organizations.

A resolution in support of the treaty was passed at the 95th American Legion National Convention in Houston. It reads, in part, "The United States must ratify the Disabilities Treaty because it embodies the principles of the ADA and reinforces our leadership in the promotion of opportunities for disabled veterans, servicemembers, and their families with disabilities to travel, study, work and serve in the world community…"

The United States signed the CRPD in 2009. The treaty was negotiated during the George W. Bush administration. A ratification vote by the Senate fell five votes short of passage last December despite broad bipartisan support. Congressional leaders plan to bring the treaty before the 113th Congress for another vote shortly.

Contact your senators and ask them to support the treaty. A prepared message can be easily and quickly sent by clicking here.