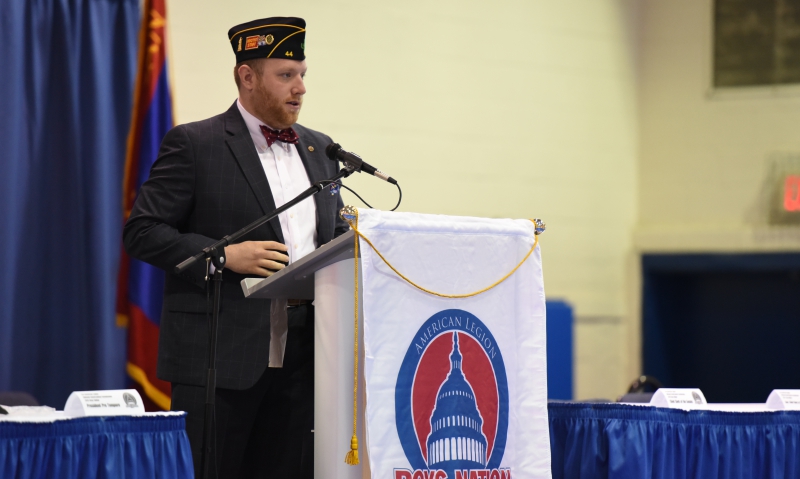 Members of the 115th Congress of the United States were sworn into office Jan. 3 and immediately went to work, passing two pieces of legislation related to veterans health care. Matthew Shuman, the newly named director of The American Legion’s Legislative Division, believes that’s only the start for this session of Congress.

Shuman, a U.S. Army veteran, shared insight on what he thinks are some of the key issues coming up in the 115th Congress.

The American Legion Media Division: What do you feel are two or three of the key issues relating to veterans that will come up during the 115th Congress?

Matthew Shuman: There’s a couple that instantly come to mind. One is continuing on the march of modernizing the (Department of Veterans Affairs) appeals process. We had a really large push at the end of the last session. That should relatively be an easy win for the new administration to do some good work over at the VA. That’s going to be something that’s definitely on our radar very early.

And then there’s the reclassification of cannabis for medical research. (read the Legion’s resolution here)

Q: Any other issues that might be of interest to the Legion’s membership?

Q: Veterans issues came up during the presidential campaign. Between that and some of the problems still facing VA, do you feel that there is a lot of attention on veterans issues and is this a good opportunity to bring a lot of these issues to the forefront?

A: Jan. 3 was the first day of Congress, and the first bills they voted on were veterans bills. That was great. I think this is going to be a very interesting year for veterans policy. Any opportunity to bring up veteran policy in the mainstream is wonderful.

Q: How can the confirmation process for cabinet-level nominations affect the pace at which legislation is passed?

A: It will take some attention away (from the legislative process). Fortunately the two committees we do most of our work with are the Veterans Affairs and Armed Services (committees). And the majority of our work is done with Veterans Affairs, and they don’t have much to do (with the confirmation process). Of course there’s the secretary of the VA (confirmation). It’s hard to say right now, without knowing who the VA secretary appointee is, how long it will take. There will be people … who will be confirmed on Day 1. So we could have someone appointed for secretary of the VA who is that easy, or we may get somebody like, for example, (former VA Secretary Eric) Shinseki, who took several days. That could sort of stifle the legislative flow, but I’m not expecting too much (of a delay).

Q: How critical is the work of Legion members at the local level to our lobbying efforts?

A: One hundred percent of our influence comes from our members, without question. We are a non-profit organization. We don’t give (lawmakers) money. All we have are votes. We’re the largest (veterans organization). These (members) have wives and kids and husbands and dads and moms, so the population of our people grows exponentially. We need our members to call frequently. That’s the No. 1 threat on Capitol Hill. I can say, “Hey, if you don’t help us out, I’m going to have 10,000 veterans call and email your office in the next 24 hours." I don’t want that to happen … but that’s where our influence comes from.