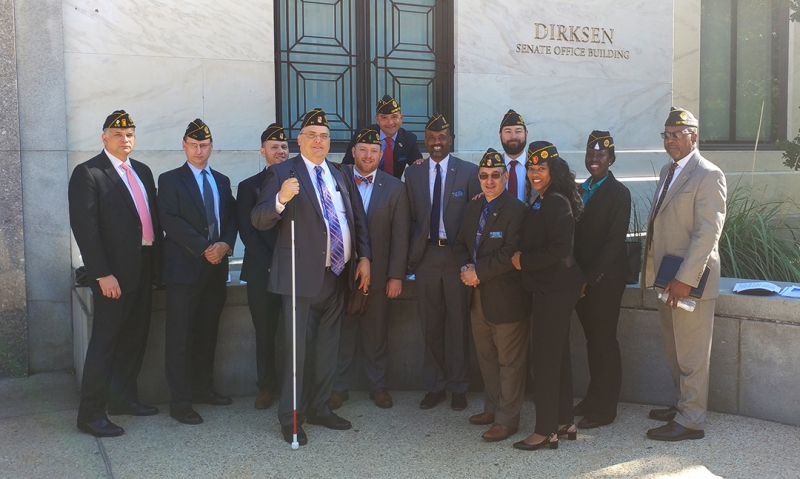 In celebration of 100 years of service to the community, state and nation, The American Legion has proposed a new coin bill that would require the U.S. Mint to produce a limited edition, commemorative coin for the Legion’s 2019 centennial birthday.

“On behalf of The American Legion and our millions of members, we request that members of Congress support H.R. 2519 as co-sponsors,” American Legion Media Relations Director Joseph Plenzler said. “The American Legion is the largest wartime veterans service organization in the United States that works diligently on many other veteran-centric programs. We stand behind the issues most important to the nation’s veterans community, backed by resolutions passed by volunteer leadership.”

Unique among U.S. Mint products, the Legion centennial coin will help raise money for important causes as well as commemorate important aspects of American history and culture. The funds gained from this bill, introduced last month, would support the Legion’s four pillars of service: Veterans Affairs and Rehabilitation, National Security, Americanism and Children and Youth.

“The American Legion’s primary mission is to assist veterans in accessing their hard-earned benefits,” Plenzler said. “These programs help veterans and their families, along with the youth of our nation. We are proud of the work that we do as an organization devoted to mutual helpfulness.”

The current coin bills, officially known as H.R. 2519 and S. 1182, is no cost to the government. In addition, all members of the House Veterans’ Affairs Committee have co-sponsored this bill and the Legion is honored that it has been referred to the House Committee on Financial Services.

However, the Legion still needs more than 140 co-sponsors for the bill to reach the House floor. “Congress only authorizes two coins per session, and one coin has already been approved,” said Matthew Shuman, director of the Legion’s National Legislative Division. “It is vital that The American Legion be the second coin.”

Legion members are encouraged to contact their representatives and senators to support this important legislation. Click here to send a prepared message to your congressional representatives asking them to co-sponsor these critical bills.

If authorized by Congress, commemorative coins minted would be issued only during the one-year period beginning on Jan. 1, 2019.

The Legion begins its centennial recognition in August 2018 at the 100th National Convention in Minneapolis. In March 2019, the organization will celebrate its 100th birthday in Paris, and Sept. 16, 2019, will mark the 100th anniversary of the organization's congressional charter.