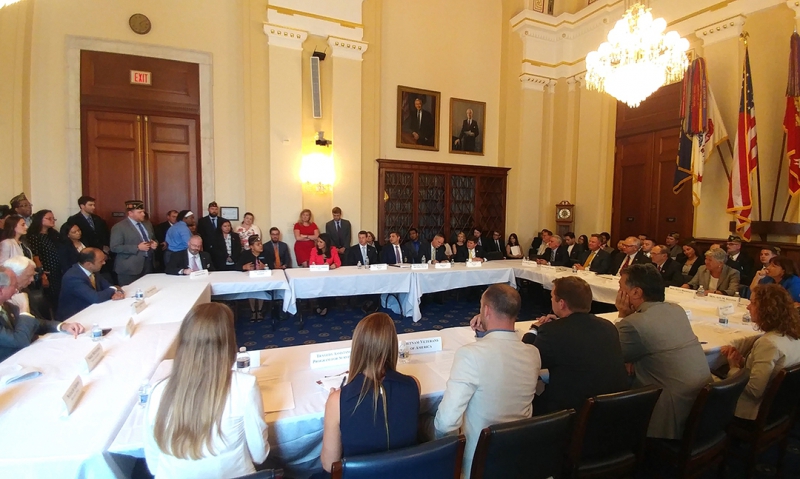 The Harry W. Colmery Veterans Educational Assistance Act of 2017, named for the principal architect of the original GI Bill, would improve and extend GI Bill benefits granted to veterans, their surviving spouses and dependents. Specifically, it would:

• Remove time restrictions to use the GI Bill, enabling future eligible recipients to use their GI Bill benefits for their entire lives as opposed to the current 15-year timeline; and

• Simplify the benefit for future servicemembers by consolidating the GI Bill into a single program over time, which would reduce the Veterans Affairs (VA) administrative costs.

“We have a duty to care for every man and woman who has served their country honorably as they begin their transition from active duty to civilian life,” Roe said. “I’m particularly proud that, for the first time in the history of the GI Bill, new beneficiaries will be able to use this tremendous benefit throughout their lifetimes. A lot of work has gone into this process, and I thank the veterans service organizations for their tireless and continued dedication to our nation’s veterans.”

A House Committee on Veterans' Affairs press release noted that the bipartisan bill was sponsored by every House VA committee member, it's budget neutral and includes provisions that have been proposed and prioritized by VSOs.

“This bill is really important for us,” said American Legion Executive Director Verna Jones. “We are extremely grateful for all of your hard work and all of the hard work of your staff. To bear the name of our Legion member Mr. Harry W. Colmery, who is the author of the original GI Bill, is important and so exciting. Thank you very much.”

The legislation also will:

“The original GI Bill served as the foundation upon which an entire generation of servicemembers returning from World War II built not just their educations, but their entire civilian lives,” Walz said. “Since that time, the GI Bill has remained the preeminent means by which millions of veterans pursued quality higher education and raised middle-class families upon their return home. This bipartisan GI Bill will improve the lives of future generations of veterans by enhancing existing benefits, correcting current gaps in eligibility and providing new benefits to help our veterans in today’s economy without asking our troops or American taxpayers to pay more.”

Colmery was the first American Legion past national commander to earn the Legion's Distinguished Service Medal in 1975. He urged Legionnaires to support patriotic causes even as Vietnam generated controversy nationwide.

Drawing upon his personal experiences of leaving the service with little help in planning his future, Colmery was determined to improve the transition for World War II veterans. He hand-wrote, page after page, the GI Bill of 1944 which granted war veterans an array of rights and later served as a pattern for programs to aid Korean War and Vietnam War veterans.

Colmery died in 1979 at the age of 88. The Colmery-O’Neil Veterans Administration Hospital in Topeka, Kan., is named in his honor.