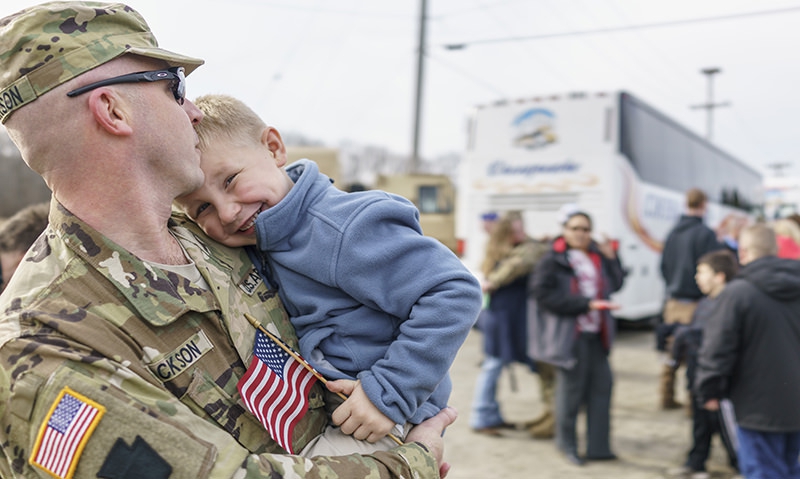 The Forever GI Bill, also called the Harry W. Colmery Veterans Educational Assistance Act of 2017, is named for The American Legion’s past national commander who created the draft of the original GI Bill of Rights in 1944. The legislation was introduced in the House of Representatives July 13 and quickly moved through both chambers of Congress.

“(The Forever GI Bill) is expanding our ability to support our veterans in getting education,” said Department of Veterans Affairs Secretary David Shulkin. “Already we’ve had 1.7 million individuals take advantage of the Post-9/11 GI Bill. We hope that many more now will.”

“The signing of the Harry W. Colmery Veterans Educational Assistance Act of 2017 marks a new era for all who have honorably served in uniform," Schmidt said. “We believe that this legislation, named after a past national commander of The American Legion, will transform America as the original did following World War II.”

This bill would improve and extend GI Bill benefits granted to veterans, their surviving spouses and dependents. Specifically, it would:

• Remove time restrictions to use the GI Bill, enabling future eligible recipients to use their GI Bill benefits for their entire lives as opposed to the current 15-year timeline.

• Simplify the benefit for future servicemembers by consolidating the GI Bill into a single program, which would reduce the VA's administrative costs.

It also corrects a Pentagon deployment authorization that has kept thousands of National Guardsmen and reservists from accumulating earned education benefits.

"This lifetime benefit will allow veterans, and their families, to earn degrees and begin rewarding careers that can lead our economy" Schmidt said. "On behalf of the 2 million members of The American Legion, we thank the House of Representatives, the Senate and the president, for working together in a bipartisan manner to assist the fine men and women who have proudly served our nation.”