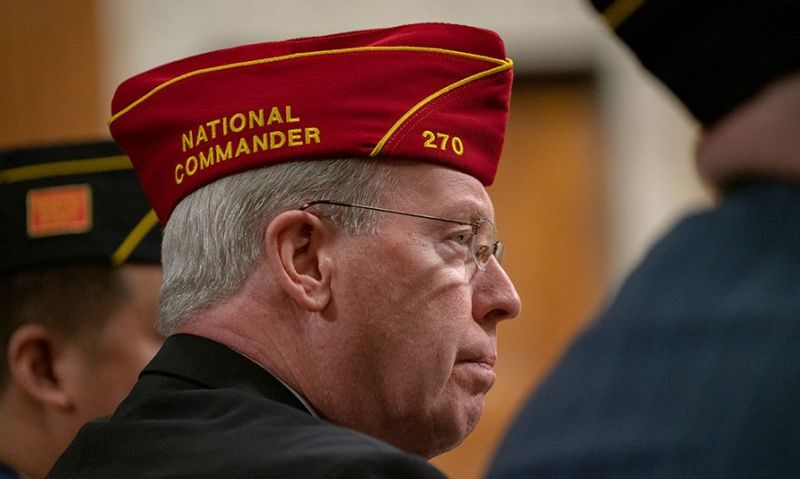 A bill expanding membership eligibility for The American Legion was introduced March 8 in the House of Representatives. The Let Everyone Get Involved in Opportunities for National Service Act — also known as the LEGION Act — is a bipartisan effort introduced by Congressmen Lou Correa, D-Calif., and Ben Cline, R-Va., with Rep. Gil Cisneros, D-Calif., an original co-sponsor.

The bill was introduced Feb. 14 in the Senate by Sens. Kyrsten Sinema, D-Ariz., and Thom Tillis, R-N.C.

The LEGION Act was a focus of American Legion National Commander Brett Reistad’s Feb. 27 testimony before a joint hearing of the Senate and House Committees on Veterans' Affairs. He called on Congress to take action amending the charter, thereby giving tens of thousands of veterans access to American Legion benefits and programs they are not currently eligible for.

“Our charter and membership eligibility have mirrored the eras officially recognized by the U.S. government to include the wars and conflicts such as Korea, Vietnam and the Global War on Terror,” Reistad testified. “However, these recognized periods fail to take into account the hostilities that occur between official war eras, in which nearly 1,600 U.S. military personnel were killed or wounded in places like Cuba, Iran and El Salvador.”