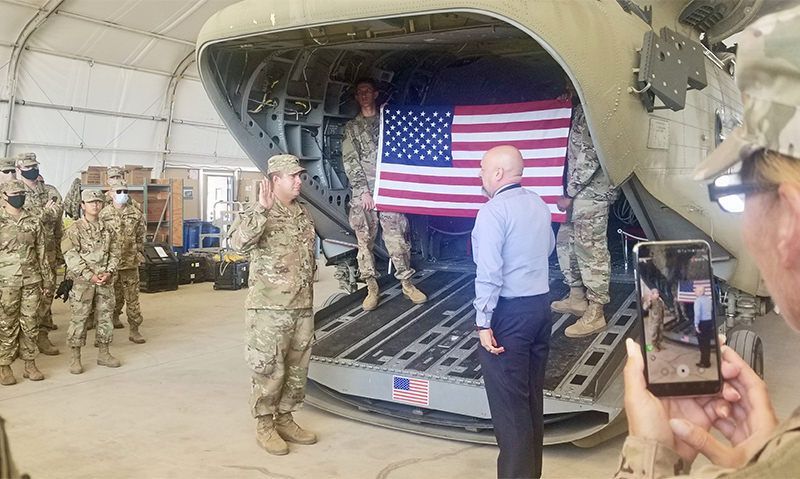 The American Legion called on President Biden to issue an Executive Order authorizing the reinstitution of the United States Citizenship and Immigration Services (USCIS) for Naturalization at Basic Training Initiative and reopening all USCIS field offices abroad for servicemembers and deported veterans.

“The American Legion believes that non-citizen veterans who are honorably discharged and have not been charged or convicted with felonious or heinous crimes should be guaranteed the promise they were made of citizenship,” said James W. “Bill” Oxford, national commander of The American Legion.

Current citizenship status and deportation have no impact on a veteran’s eligibility for receiving benefits through the Department of Veterans Affairs (VA) and veterans who have been deported remain eligible for VA services and care. However, ensuring these veterans are receiving the care they have earned through service is difficult. The American Legion recommended to the White House that VA assess barriers to care for these veterans and develop a plan to address this issue.

The American Legion’s National Executive Committee passed two resolutions in 2018 that affirmed the organizaztion’s dedication in advocating for the rights of servicemembers who seek citizenship during their military service, as well as those of veterans who have been deported.

Resolution No. 15: Expedited Citizenship Through Military Service, urges Congress to implement measures within the Department of Defense to ensure the process of naturalization through honorable military service is completed prior to discharge. Resolution No. 10: Expedited Citizenship Applications For Deported Veterans, calls on the federal government to grant expedited citizenship applications to deported veterans who were honorably discharged and have no felony convictions.

“It is imperative that we strengthen military naturalization programs, prevent veteran deportation, and repatriate deported veterans. These policies would protect our servicemembers and veterans permanently with recognition for their honorable service to the United States,” Oxford concluded.