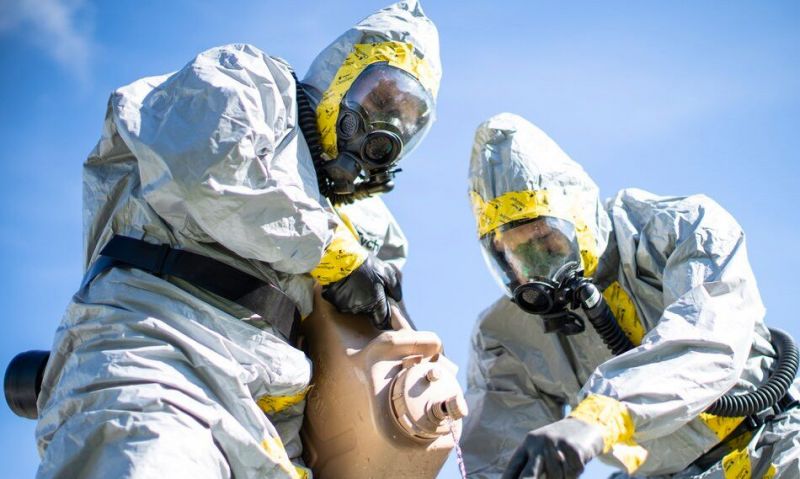 The House Committee on Veterans’ Affairs (HVAC) held a hearing on May 5 on pending legislation confronting the health issues veterans are facing as a result of toxic exposure.

The committee is currently considering 15 pieces of legislation that could expand health-care benefits for veterans suffering the results of exposure to burn pits, radiation, Agent Orange and beyond.

"We cannot continue to tackle this topic one disability at a time," Rep. Mark Takano, D-Calif., chairman of the HVAC said. "2021 should be the year — will be the year — we pass comprehensive legislation that meets the needs of all veterans, current and future, who are exposed to toxic substances while serving our country."

It is long past time for the country to recognize and acknowledge the impact of toxic exposure as a cost of war, he added.

The K2 Veterans Care Act of 2021 would provide health care and benefits to veterans who were exposed to toxic substances while at Karshi Khanabad Air Base, Uzbekistan. From 2001 to 2005, nearly 16,000 U.S. troops were stationed at the air base. A 2015 study showed that these veterans have a 500 percent higher likelihood of developing cancer, possibly due to their deployment to the base known as “K2.” Veterans who served at K2 received no medals or ribbons for their deployment to Uzbekistan. The mission was classified until December 2020.

The K2 Veterans Care Act of 2021 fills a gap in recognizing presumptive conditions for toxic exposure at K2. The legislation makes it clear that diseases having a positive association with the toxic substances identified at K2 “shall be considered to have been incurred in or aggravated by such service.”

The American Legion supports this act through Resolution No. 15: Recognizing Presumptive Conditions for Toxic Exposure at Karshi-Khanabad (K2) Base in Uzbekistan, which was passed by the Legion’s National Executive Committee on May 5 during its annual Spring Meetings. Additionally, Resolution No. 118: Environmental Exposures, supports efforts to expand access to Department of Veterans Affairs (VA) health-care benefits for veterans who have been exposed to toxic hazards while on active duty.

The Toxic Exposure in the American Military (TEAM) Act would improve VA care for veterans who were exposed to toxic substances.

“The exposure of military personnel to toxic substances, both while deployed overseas or stationed at home, has been an ongoing issue across a range of wars and generations,” wrote The American Legion in the statement for the record. “These exposures have resulted in conditions and illnesses among veterans which can have long-lasting adverse effects on health and quality of life.”

The TEAM Act expands training for toxic exposure issues for VA health-care personnel, as well as requires VA to develop a questionnaire for primary care appointments to determine whether a veteran may have been exposed to toxic substances during service. Additionally, this legislation will establish an independent scientific commission to research the effects of toxic exposure in veterans.

HVAC ranking member Rep. Mike Bost, R-Ill., said the legislation being considered will create a pathway to ensuring veterans are able to get care without waiting years for scientific research to be completed.

“Now is the time for action and not more talk,” Bost said. He added his TEAM Act will create a consistent process for establishing presumption of exposures, as well as allow veterans exposed to toxic substances to enroll in the VA’s health-care system. The American Legion supports the TEAM Act as it is currently written.

The Presumptive Benefits for Warfighters Exposed to Burn Pits and Other Toxins Act of 2021 will remove the burden of proof for veterans to prove direct service-connection for illnesses related to burn pits and other toxic exposures. Under current laws, a veteran must establish a direct service connection to be eligible for VA benefits.

The government must do better and remove that burden of proof, urged Rep. Raul Ruiz, D-Calif.

“We cannot simply pay lip service to our war heroes and thank them for their service,” Ruiz said. “We owe them the health care and benefits that they earned when we sent them to war for our country.

“Anything less than presumption of connection for toxic exposures is not acceptable.”

You can watch the hearing in full here.