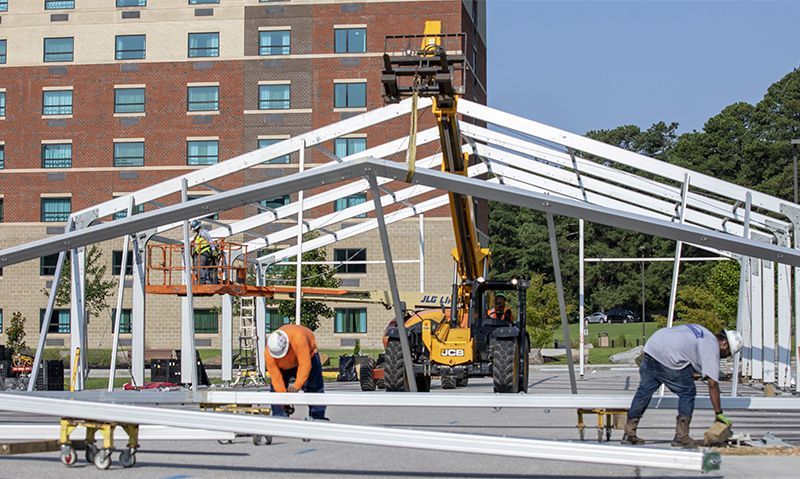 The Senate unanimously passed a $2.1 billion emergency bill on July 29 that provides more than $1 billion to the Afghan Special Immigrant Visa (SIV) program, which The American Legion has been a staunch advocate of. The legislation makes changes to the program that will help speed the process for the 18,000 Afghan interpreters awaiting their visas by increasing the number of visas by 8,000 and lowering an employment eligibility requirement from two years to one.

The supplemental bill also helps fund the U.S. Capitol Police and National Guard as the two organizations face steep budget cuts in the coming weeks. It directs $521 million to reimburse the National Guard for the cost of deployment to Capitol Hill and roughly $70 million to the Capitol Police to cover expenses incurred in response to the Jan. 6 insurrection, according to the bill's summary.

An additional $300 million will be used to bolster safeguards for the Capitol complex, including funds for window and door upgrades and the installation of new security cameras.

The $1 billion for the SIV program fortifies the immediate need for Afghanistan allies to be provided safety as the United States pulls out of that nation ahead of the 20th anniversary of the 9/11 attacks.

The Afghan allies served alongside American forces at great risk to themselves and their families. In exchange for their service, they were promised a pathway to a future in the United States. The American Legion called for the immediate evacuation of our Afghan allies in April following the announcement that all American troops would be withdrawn by Sept. 11, 2001. National Commander James W. "Bill" Oxford addressed a letter to Secretary of State Antony Blinken, urging the department of take “quick action” to evacuate those Afghan who served alongside U.S. forces during the Global War on Terrorism.

"Our wartime allies saved countless American lives despite grave dangers to themselves and their families," Oxford said. "It would be a moral failure to withdraw our troops and leave behind the brave Afghan interpreters who stood shoulder-to-shoulder with U.S. troops through multiple operations.”

"Today is an important milestone as we continue to fulfill our promise to the thousands of Afghan nationals who served shoulder-to-shoulder with American troops and diplomats over the last 20 years in Afghanistan,” President Joe Biden said in a statement.

The president thanked the efforts of the advocates who lobbied in supported of the Afghan interpreters.

“I want to honor all those in the United States who have spoken out on behalf of these brave Afghans, including the proud community of veterans, who have consistently advocated for the Afghans who were by their side in the field in Afghanistan, often serving as translators and interpreters.”

Blinken said the arrival of the SIV applicants demonstrates the U.S. government’s commitment to Afghans who fought alongside U.S. troops in the fight for a better Afghanistan.

“America has a longstanding tradition of opening our arms to immigrants, refugees, and others, and this flight stands as the latest example,” Blinken said in a release. “We, alongside our civil society partners and tens of thousands of volunteers across our nation, look forward to greeting our Afghan friends and partners.  It is my great pleasure to say to them: “welcome to your new home.”

The American Legion foresaw this issue in 2018 when its National Executive Committee unanimously passed Resolution No. 16, which called for Congress and the president to recognize Afghan and Iraqi SIV recipients who “stood shoulder to shoulder” with U.S. troops and diplomats.