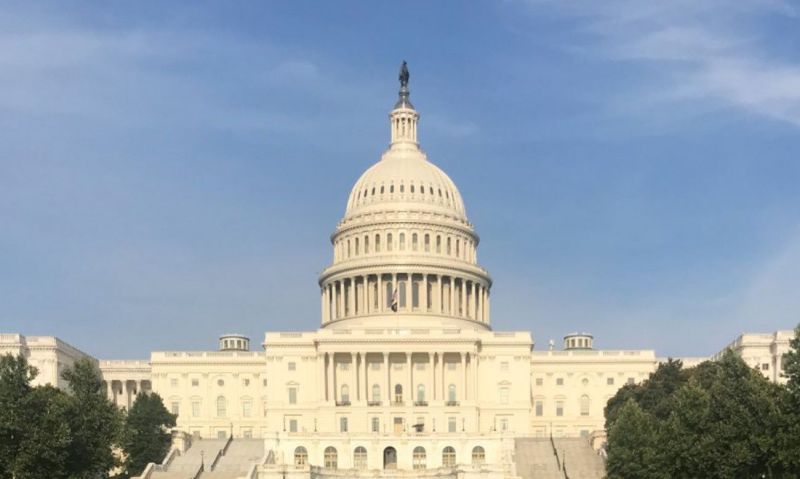 “There are a number of important initiatives in the NDAA that The American Legion supports,” American Legion National Commander Paul E. Dillard said. “First, no military servicemember will receive a dishonorable discharge solely on the basis of COVID-19 vaccine refusal. While we are supportive of the vaccines, we do not believe a veteran’s military service should be characterized as ‘dishonorable’ simply because he or she disagrees.

“The NDAA will also provide for a robust national defense and establish the long overdue Global War on Terrorism Memorial. There is renewed funding for the Troops for Teachers program, which is not only a win for our transitioning veterans but for students in classrooms across the country. The legislation also makes strides in fighting military sexual assault and establish a commission that will examine every aspect of the Afghanistan war. We are also pleased that this law makes it easier to preserve and update Arlington National Cemetery memorials to military chaplains. The NDAA is a bipartisan example of lawmakers coming together and putting our country first. The American Legion is looking forward to the president signing it into law.”

Here are some highlights of critical importance to our nation’s veterans and military.

The Troops to Teachers program was revived in the compromise version of the NDAA legislation approved by the Senate. The American Legion lobbied lawmakers to include the program in the defense spending bill after it was abruptly defunded as part of the Defense-Wide Review when the Department of Defense (DoD) opted to realign program resources to higher priority programs more closely aligned to the National Defense Strategy. The program was allowed to sunset on Sept. 30, 2021.

In a joint letter addressed to the House and Senates Armed Services Committee, The American Legion joined a coalition of veterans service organizations (VSOs) urging lawmakers to include the program in the NDAA.

“Allowing the Troops for Teachers program to sunset would go against America’s critical need to support our children’s education,” they wrote.

The program was designed to assist transitioning servicemembers and veterans to begin careers as educators in K-12 public, charter and Bureau of Indian Affairs schools. DoD reported the program placed over 21,000 veteran teachers in classrooms over the course of 27 years. The American Legion passed Resolution No. 21: Support State and National Funding for Troops to Teachers Program in support of renewing funding for the Troops to Teachers program at both state and national levels.

Another one of The American Legion’s top legislative priorities included in the defense spending bill is the establishment of a Global War on Terrorism Memorial on the National Mall in Washington, D.C. In early November, The American Legion joined veterans’ advocates, lawmakers, wounded warriors and Gold Star families in front of the U.S. Capitol to call on Congress to pass legislation authorizing the memorial to be built on the National Mall.

A national memorial for Global War on Terrorism veterans will become a place to gather, remember and reflect. Veterans of past wars often did not live to see the completion of the memorials designed to honor their service and sacrifice.

Marine Corps veteran Chanin Nuntavong, executive director of Government Affairs for The American Legion, highlighted the sacrifices of the nearly 3 million veterans who have served in the Global War on Terrorism. The gift of freedom, he said, is preserved by the men and women who fought for something much greater than themselves.

“The warriors, whose sacrifice we admire every day, either laid down their lives or faced overwhelming dangers – not to uphold one moment, but one nation,” he said. “The motivation that binds us – those of us who have worn the cloth of this nation – is our respect for, and commitment to, those who have chosen to put their lives before others.”

The NDAA included changes to protect servicemembers from sexual assault. While The American Legion supports the approved changes, it believes more work is needed to overhaul the military justice system amid the epidemic of sexual assault and harassment in the armed forces.

The American Legion became the first major VSO to support the Military Justice Improvement & Increasing Prevention Act. Supported by Resolution No. 67: Military Sexual Trauma, The American Legion is an advocate of improving the system by which the DoD investigates and prosecutes reported cases of military sexual trauma so that it is on par with the civilian system.

While the Military Justice Improvement Act did not pass in its original form, the legislation drafted by the House and Senate Armed Services Committee makes strides in the right direction. The American Legion supports the approved legislation, but asserts there is much work still to be done when it comes to reforming the military justice system.

The Afghanistan War Commission Act of 2021creates a nonpartisan, independent commission that would conduct a comprehensive examination of the war in Afghanistan.

“Congress owes the thousands of American servicemembers who sacrificed in Afghanistan a serious, honest and long-term effort devoted to bringing accountability and transparency, which is why I’m introducing legislation to create an independent, nonpartisan commission aimed at ensuring we learn from mistakes made and implement reforms to ensure those mistakes are not repeated,” said Sen. Tammy Duckworth, D-Ill.

The commission will examine every aspect of the war, according to the bill’s text, including the political and strategic decisions that transformed a military mission into a nation-building campaign resulting in 20 years of involvement in Afghanistan.

An American Legion-backed effort to preserve memorials dedicated to chaplains at Arlington National Cemetery was also included in the NDAA. The Chaplains Memorial Preservation Act will enable the National Conference on Ministry to the Armed Forces to update the chaplains memorials.

American Legion Past National Commander Brett Reistad initiated the resolution by which The American Legion supports these efforts in his home post located in McLean, Va. Resolution No. 17: Updates to Chaplains Hill Monuments at Arlington National Cemetery was unanimously approved during the National Executive Committee’s spring meeting.

Additional legislation in the NDAA supported by The American Legion includes a provision that will prevent DoD from dishonorably discharging members of the armed forces based solely on their refusal to be vaccinated against COVID-19.

Other matters impacting veterans in the NDAA include the observance of National Atomic Veterans Day, a study on incidence of breast cancer among members of the armed forces serving on active duty and expanding the scope of Department of Veterans Affairs open burn pit registry to include burn pits in Egypt and Syria.