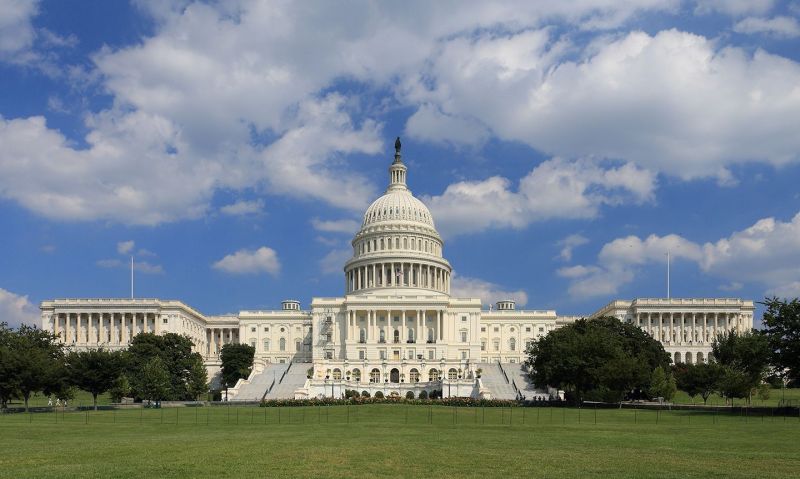 The American Legion’s Internal Affairs & Membership Division held its monthly Training Tuesday session Jan. 25 where Legislative Division staff from the Washington, D.C., office discussed American Legion legislative victories for the first session of the 117th Congress, legislative priorities for the second session, and how Legionnaires can be a voice at the local level.

The Global War on Terrorism Memorial to be built in a prominent location on the National Mall. In honor of the longest war in U.S. history and the more than 2.8 million American servicemembers who have been deployed abroad, the memorial will be built “in a place of prominence on the National Mall so veterans of the Global War on Terror can come and remember their service and remember those who never came home,” Montreuil said. Resolution No. 16, 2017

The Protecting Moms Who Served Act aims to improve maternal health care for veterans, to include a $15 million investment from the VA to upgrade maternity care for women veterans, and a first-ever comprehensive report on maternal mortality and severe maternal morbidity among pregnant and postpartum veterans that also focuses on racial and ethnic disparities in maternal health outcomes for veterans. “The women veteran population is the fastest serving demographic that the VA will serve in the coming years,” Montreuil said, adding that there will about 2.2 million women veterans by 2040. American Legion Resolution No. 147, 2016

The American Rescue Plan, which closes the 90/10 loophole. This rule mandated for-profit schools to obtain at least 10 percent of their revenue from sources other than Title IV education funds, which are the primary source of student aid. American Legion Resolution No. 15, 2019

American Legion Washington, D.C., staff are currently tracking hundreds of veteran-related bills in the second session of the 117th Congress that The American Legion supports. The following are a few of those bills.

– H.R. 1182, Veteran Deportation Prevention and Reform Act and Senate bill Naturalization at Training Sites Act of 2021. Many veteran immigrants say they have been deported after discharge because they failed to acquire U.S. citizenship while serving in the U.S. Armed Forces. The American Legion supports measures to ensure the process of naturalization through military service is completed prior to discharge.

– H.R. 3967, Honoring Our PACT Act and S. 3003, True COST of War. “There is a bipartisan agreement that action will be taken in some way to ensure that those veterans during the Global War on Terrorism and the Gulf War who were exposed to toxic airborne hazards are taken care of in a more proactive manner than we did with Agent Orange,” Montreuil said. These two bills will presume a veteran of the Global War on Terror was exposed to burn pits based on geographic location and time of service, or if they have a campaign badge or the Global War on Terrorism Expeditionary Medal. “This takes a huge weight off the individual veteran when they are applying for benefits because all they have to do is take their DD214 that lists their medals and you have presumption of exposure,” Montreuil added.

– S.1198, Solid Start Act will expand the VA Solid Start Program. Under this program, the VA is required to reach out three times in the first year that a servicemember is separated from the military.

– S.544, Buddy Check bill will require the Department of Veterans Affairs to establish a “Buddy Check Week,” similar to the Legion’s program, as well as provide educational opportunities, materials and references for veterans to learn how to conduct personal wellness checks. The language for this bill was included in a comprehensive veterans’ mental health bill called the Strong Veterans Act, which looks to be on the president’s desk by the middle to end of February, said Legislative Division Associate Olivia Babine. “The hope is that by the end of February that the Buddy Check bill will be signed into law.”

– S. 2386, Veteran Peer Specialist Act of 2021 will expand the peer specialist support program of the Department of Veterans Affairs.

– H.R. 5562 and S. 1040 bills will expand eligibility for hospital care, medical services, and nursing home care from the VA to include veterans of World War II.

– S. 1319, VA Quality Care Accountability and Transparency Act will require the Department of Veterans Affairs to publish and regularly update information about staffing, patient wait times, and other information regarding the quality of care it provides on its Access to Care public website.

“There is an increasing rate of many young women but particularly women veterans who are under the age of 35 who are testing positive for breast cancer as a result of toxic exposure from serving overseas on combat zones,” Babine said. “This will be an important women veteran issue that we will see for the remainder of 2022.”

– H.R. 1836, Guard and Reserve GI Bill Parity Act of 2021 bill “provides parity in GI Bill benefits for members of the National Guard and reserve who increasingly conduct similar training and missions as other servicemembers, but do not receive equal benefits.”

– S. 2172, Building Solutions for Veterans Experiencing Homelessness Act will “cut the red tape” on grants provided by VA for organizations assisting veterans experiencing homelessness, as well as expand veterans’ access to critical resources that will help them from homelessness such as increased access to transportation, case management services, job training and better transitional housing for aging veterans.

“We will see a big victory in our fight against veteran homelessness if we can get this bill passed,” said John Kamin, a Legislative Division associate and grassroots coordinator.

HOW YOU CAN HELP

“The importance of our membership engaging is really the source of our power on the Hill,” Montreuil said. “Why members of Congress listen to us is because we have 1.8 million members who are veterans, and they are voters back in their district. They know we represent the voice of our Legionnaires and the voice of our veterans. So it is imperative that when we launch some of these campaigns that members of Congress are hearing from the veterans back in their district. That really is the source of the power of The American Legion is in the communities, at the grassroots.”