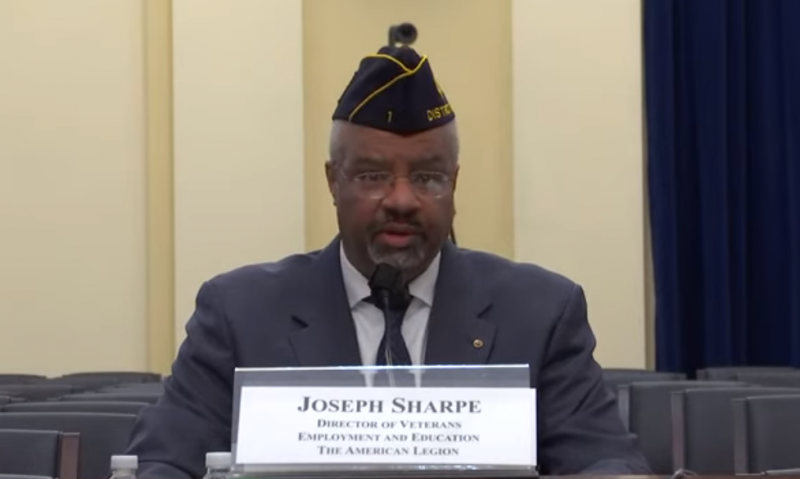 In the Dec. 14 hearing, “Discussion Draft, the VA Housing Loan Forever Act of 2022,” HVAC Chairman Mark Takano said draft language in the VA Housing Loan Forever Act of 2022 “proposes a new approach to closing the racial homeownership gap by expanding eligibility for the VA home loan guaranty program. This is a complex issue and I hope today’s hearing can serve as the beginning of the conversation of how this Committee can move forward to address unjust racial disparities in how minority groups have historically accessed VA benefits.

“The Servicemen’s Readjustment Act of 1944, or as we know it today, the G.I. Bill, gave many Americans an opportunity to own a home for the first time. However, too often veterans of color – especially Black veterans – were left out. It is a fact that in the post-World War II era, many African American veterans were barred from using their earned G.I. Bill benefits due to discriminatory housing practices like redlining and unjust agency actions.”

Sharpe offered similar perspective. “Despite its outsized impact on the housing market, the full story of the VA Home Loan Guaranty Program cannot be told without recognizing the veterans that it left behind,” he said. “From the inception of the Servicemembers Readjustment Act of 1944, black veteran had challenges utilizing every component of their GI Bill benefit due to discrimination practices in certain regions of the country. The VA Home Loan Guaranty Program today is a powerful tool for narrowing the homeownership gap for Black Americans, with Black veterans having consistently higher homeownership rates than Black non-veterans.

“However, the question before us today is whether descendants should enjoy the VA Home Loan Guaranty Program earned by their loved one who served in the U.S. military in the past. While recognizing the injustices comment to numerous Black veterans who did not receive VA benefits during the WWII era, we currently do not have a position on the question of transferability to descendants but welcome continued discussion surrounding this approach to benefit transferability. Concurrent with this question, separate discussion on expanding the VA Home Loan Guaranty Program to immediate dependents is warranted.”

Referencing the post 9/11 GI Bill, Sharpe said its transferability component “serves as the principal example for this potential expansion. While the enactment of this provision was designed in part to supplement Department of Defense’s retention incentives, in 2008 The American Legion articulated its support clearly based on family need. Finally, The American Legion supports that a servicemember or veteran should have the authority to transfer their VA Home Loan Guaranty benefit to family members.”

Sharpe also submitted written testimony and closed it by saying, “The military has a saying that when a person chooses to serve this country, the entire family serves. If this is an authentic statement, the sacrifices made to support that service should be rewarded in a way that makes the family whole by providing something tangible that reflects the pride of such service. By expanding the VA Home Loan Guaranty benefit to family members of those who serve, our nation will put action to the words ‘Thank you for your service.’”