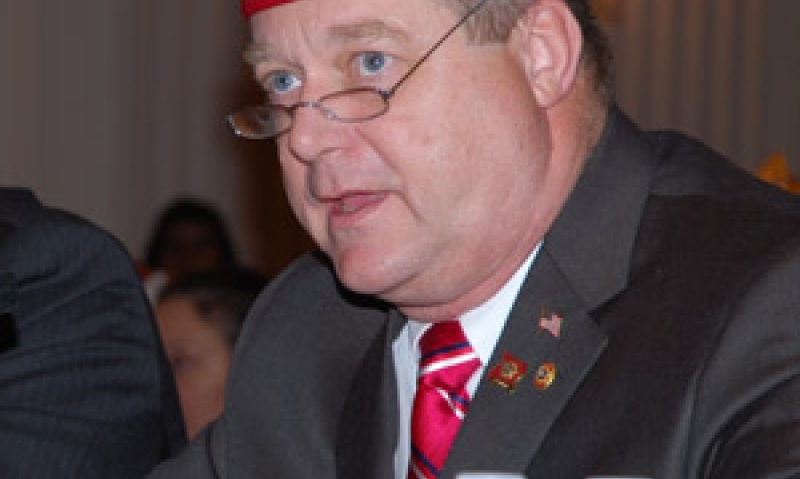 In his first address before Congress, the newly elected leader of The American Legion called upon lawmakers to "compassionately address" the needs of women veterans.

National Commander Clarence Hill, testifying before a joint session of the U.S. House and Senate Veterans Affairs committees, urged lawmakers to acknowledge that servicewomen deployed to today's theaters of war are, in fact, serving in combat zones.

"The demographic of the American veteran is changing," Hill said. "We now have a much more diverse veterans population than in past generations. This diversity includes a growing and significant number of women veterans who sacrifice no less than their male counterparts. In this war without a front there are no safe areas. As such, women who historically were not severely wounded in previous conflicts are returning home with limbs missing, terribly burned, or blinded."

Hill, who began his one-year term as head of the nation's largest veterans service organization on Aug. 27, added that close daily contact between male and female servicemembers has "unfortunately led to military sexual-trauma issues that must be addressed compassionately."

He also noted that the change in the military's makeup will require the meeting of new fiscal and logistical challenges in the service of those coming home. "Timely access to quality health care, the new GI Bill, and other veterans benefit programs must adjust and adapt to the needs of this newest generation of wartime veterans. Hundreds of thousands of OIF (Operation Iraqi Freedom) and OEF (Operation Enduring Freedom) veterans are now using their VA health-care benefits, increasing the workload of a health-care system that was overburdened before the war began," Hill said. "It is a sacred and time-honored obligation of The American Legion to make sure those veterans have the services they need and timely access to the care they have earned and deserve."

The Legion commander's testimony was presented to members of the House Committee on Veterans' Affairs, chaired by Rep. Bob Filner, D-Calif., and the Senate Committee on Veterans' Affairs, chaired by Sen. Daniel Akaka, D-Hawaii, this morning. The 40-page Legion presentation contained proposals for the Department of Veterans Affairs fiscal 2011 budget and applauded Filner for his proposal to require Medicare to reimburse VA for the treatment of eligible veterans' injuries, illnesses and conditions. The Legion also urged Congress to take steps to increase access to veterans health care, especially in rural areas, to redouble efforts to address the issues of an aging veteran population as well as veterans suffering the effects of Gulf War illness, traumatic brain injury, post-traumatic stress disorder and exposure to toxic substances such as Agent Orange.

The enormous backlog of unprocessed and partially processed veterans' claims was also noted in the Legion presentation with potential solutions advanced. Suggestions were also made to improve and make more equitable the terms of the newly enacted Post-9/11 GI Bill that is now providing educational benefits to military veterans.

Testimony is presented annually to lawmakers by The American Legion shortly after Congress reconvenes for its fall session.