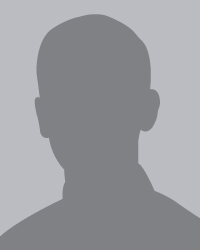 Both chambers of Congress were not in actual session this week. The House and Senate are holding occasional pro forma sessions – whose aim is to prevent the President from making recess appointments. The House will be back in session on January 17, while the Senate will return on January 23.

Congress came down to the wire to complete passage of federal spending measures for FY 2012 as the Christmas-New Year holiday approached. After passing two more continuing resolutions (CRs; Public Laws 112-67 and 112-68) in mid-December, the House and Senate leadership developed a 9-bill omnibus to fund the remaining portions of the federal government not covered by P.L. 112-55, the so-called “minibus.” That measure, P.L. 112-74, was signed by the President on December 23. Originally, this bill consisted solely of the Military Construction, Department of Veterans Affairs, and Related Agencies spending bill which was the first FY 2012 spending measure to pass both congressional chambers.

On Saturday, December 31 President Obama signed P.L. 112-81, the FY 2012 National Defense Authorization Act (NDAA). After wrangling over several provisions – including one about the long-term detention of enemy combatants – both chambers finally signed off on a compromise agreement. This agreement did not include the provision – contained in the House version – relating to the exhumation of American naval personnel buried in Tripoli, Libya in 1804. The American Legion will continue to push for the recovery of the remains of these American heroes.

Several provisions in the new law comply with The American Legion’s opposition to arbitrary TRICARE fee increases by tying any such increases directly to military retirement pay raises. Specifically, the NDAA reads, “Whenever after September 30, 2012, the Secretary of Defense increases the retired pay of members and former members of the armed forces…the Secretary shall increase the amount of the fee payable for enrollment in TRICARE Prime by an amount equal…to the percentage increase in such retired pay.”

National Commander Fang Wong stated, “This is a victory for those of us who have fought to keep the government from increasing the out-of-pocket cost for military retirees using TRICARE. Health-care benefits are the reward for a career well spent in the U.S. Armed Forces. Increasing out-of-pocket costs without increasing retirement pay would reduce the value of that reward.”

Another aspect of P.L. 112-81 that relates to TRICARE, and was supported by the Legion, aims to ensure there is an adequate number of health-care providers honoring the benefit to meet the military retiree community’s needs. “Considering the traditional shortage of such resources, this is welcome news,” Wong said.

The American Legion also firmly supports the addition of the National Guard’s voice on the Joint Chiefs of Staff. “The National Guard has been essential to the success of our military operations at home and around the globe for the past decade,” Commander Wong said. “Hundreds of thousands of Guard members have been mobilized during the global war on terror, and they certainly deserve a direct voice in planning and decision making at the highest levels.”

Chief of the National Guard Bureau Gen. Craig R. McKinley will serve as a full member of the Joint Chiefs of Staff, which previously consisted of only a chairman and vice-chairman and heads of the Army, Navy, Air Force and Marine Corps. “The National Guard, while not a separate military service branch, does have distinct roles and missions that warrant a seat at the table among the top leaders in the Pentagon,” Wong said. “This action properly recognizes the unique but connected role the National Guard and all our Reserve components play in today’s military affairs.”

Mr. Ortiz began with his testimony, focusing largely on Sections 211, Veterans Retraining Assistance Program” (VRAP) and 233 “Training and Rehabilitation for Veterans who have Exhausted Rights to Unemployment Compensation under State Law”. He stated that in order to fulfill its duties under the VRAP requirement of Section 211 the Department of Labor (DOL) will work to identify high-demand occupations, and contact the veterans who have completed the VRAP program in order to link veterans to job opportunities that are available to them. Additionally, DOL will likely utilize established One-Stop Career Centers throughout the countries in order to implement these programs. He then laid out five jointly managed VA and DOL milestones to be completed by July 1, 2012: Establishment of a Memorandum of Authority and a project charter; seek consultations on project design; implement application processing systems to integrate DOL and VA in their responsibilities; implement an enrollment tracking system; and development and execution of outreach programs.

Mr. Coy then testified, stating that VA and DOL are “…on an excellent track in implementation…of the more complex aspects of the law….” However, he acknowledged that they are anticipating some challenge related to differences in information technology systems between the departments, particularly given the short timeframe given to complete the integration. Apart from this potential difficulty, it appeared from his testimony that every aspect of the law is aligning, and is set to be in place by the July 1, 2012 deadline for the implementation of the program.

On December 19, The American Legion sent letters to Reps. Chris Gibson (NY), Lloyd Doggett (TX), Denny Rehberg (MT), and Tim Walz (MN). These letters expressed our organization’s support for H.R. 3612, the “Blue Water Navy Vietnam Veterans Act of 2011.” This legislation would amend title 38, United States Code, to clarify presumptions relating to the exposure of certain veterans who served in the vicinity of the Republic of Vietnam. The measure was introduced by Rep. Gibson, and the other three Members are original cosponsors.

On the same day, a letter of support was delivered to Sen. Joseph Lieberman (CT), praising his introduction of S. 1990. This bill would require the Transportation Security Administration (TSA) to comply with the Uniformed Services Employment and Reemployment Rights Act (USERRA). This legislation would close a loophole in the current law which allows TSA to avoid prosecution for USERRA violations.

On December 20, the Legion sent a letter of support to Rep. Carolyn Maloney (NY), giving the organization’s support for H.R. 3277. This legislation would amend title 38, U.S.C., to improve and make permanent VA loan guarantee for the purchase of residential cooperative housing units.

The American Legion on December 20 also sent a letter of support to Rep. G.K. Butterfield (NC) for his introduction of H.R. 3483, the “Veterans Education Equity Act of 2011.” This measure would provide equalization of all benefits for veterans who choose to attend public universities and colleges.

On December 21, the Legion sent a letter of support to Rep. Tim Walz (MN) for his introduction of H.R. 3670, which is the House companion legislation to S. 1990, cited above.