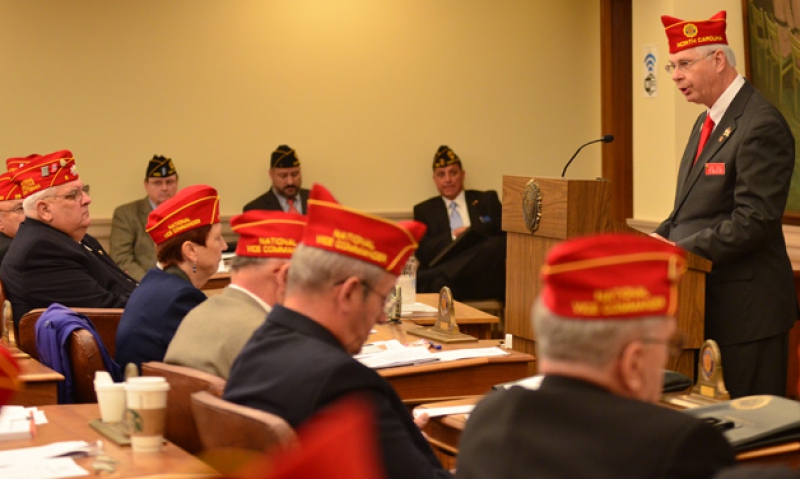 During the mid-October Fall Meetings at National Headquarters in Indianapolis, past and present department and national Legion historians from across the country gathered in the building’s library. Their purpose was twofold: to conduct a meeting of their own membership group, and to judge the entries in the National Post History and National Department History contests.

The group, National Association of Department Historians of the American Legion (NADHAL), began its proceedings by welcoming newly appointed National Historian N. Larry Rozier of North Carolina. Rozier has been a historian on both the post and the department level. Regular meeting business was conducted, including the election of a new president – James Mariner of New Mexico – and other officers.

Attention then turned to the two contests. Post entries had previously taken the first award at department conventions during the spring and summer; department entries had been sent directly to Indianapolis. Rozier announced the winners on Oct. 18 during his report to the National Executive Committee. Out of 47 total entries – up from 42 last year – the top finishers in each category are: