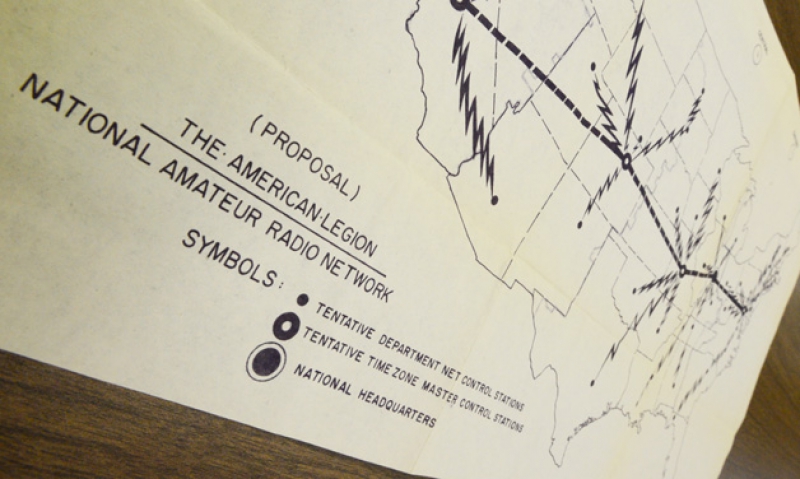 The fourth-floor library at The American Legion National Headquarters in Indianapolis is hosting an exhibit of items from its archives that demonstrate the organization’s long interest in, and association with, amateur radio. The exhibit includes articles from The American Legion Magazine, old radio equipment, booklets and fliers, and more.

The Legion has been promoting the usage of amateur radio among its members and others since the 1930s. In the beginning, the focus was mainly on disaster preparedness – if telephone or telegraph wire networks were to go down during a natural disaster, the need for competent organization and reliable communication would be huge. After the United States’ entry into World War II, the emphasis shifted somewhat to civil defense – being able to get the word out quickly and reliably in case of an attack. The networks continued, and in the 1950s the Legion created an instructional radio course for dissemination nationwide.

In May 2011, the National Executive Committee passed Resolution 11, authorizing the creation of The American Legion Amateur Radio Club (TALARC). Currently, membership is over 1,000 and local chapters are springing up across the country.

The exhibit will be on display at least through the NEC Spring Meetings in May. See some photos from the exhibit here: http://www.legion.org/hamradio/photos/214497/talarc-exhibit-national-headquarters-library.