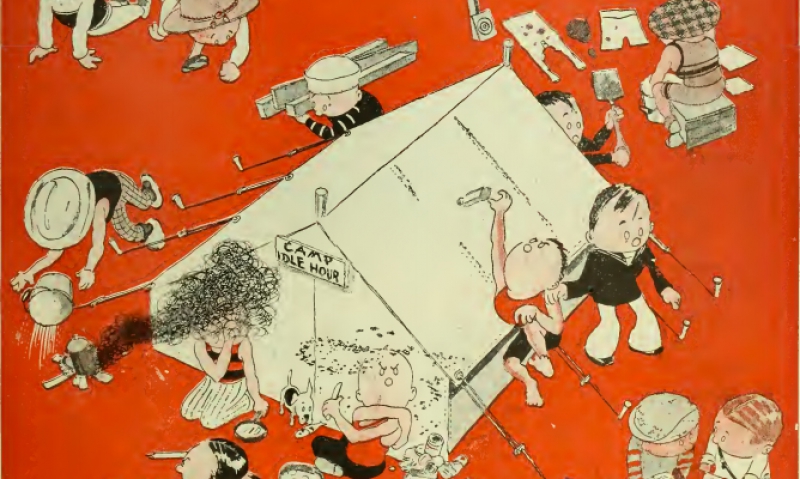 The library staff at National Headquarters in Indianapolis spent more than a year of planning to develop the best way to digitize the magazine issues and select a vendor. Several vendors and digitization options were available, from overhead scanners to capturing images with DSLR cameras. The project scope – more than 1,200 magazine issues, with an estimate of more than 70,000 pages – is not considered large by vendor standards. To negotiate the best relationship, the library joined LYRASIS Digitization Collaborative, a group of libraries, archives and museums, to receive expert guidance and expanded vendor options.

Users of the Digital Archive will be able to search the full text of these documents, like for the phrase “child welfare.” The library will retain the master copies.

The American Legion Weekly debuted July 4, 1919, with great fanfare. Gen. John Pershing’s words on the occasion: “The American Legion Weekly as the medium of communication throughout the country will more closely unite the already strong bonds of comradeship among the members. I predict a most useful future for the Legion and the loyal support of all for the new Weekly.” The Weekly included comics from many well-known names of the time, such as George Shanks, Abian A. Wallgren and John Held Jr. The magazine hired Stars and Stripes staff writers Harold Ross, John T. Winterich and Philip Von Blon to regularly contribute articles. The magazine had a mix of fiction and articles, including those by John R. Tunis, Frederick Palmer and acclaimed biographer Marquis James, according to the Richard Seelye Jones book “A History of The American Legion.”