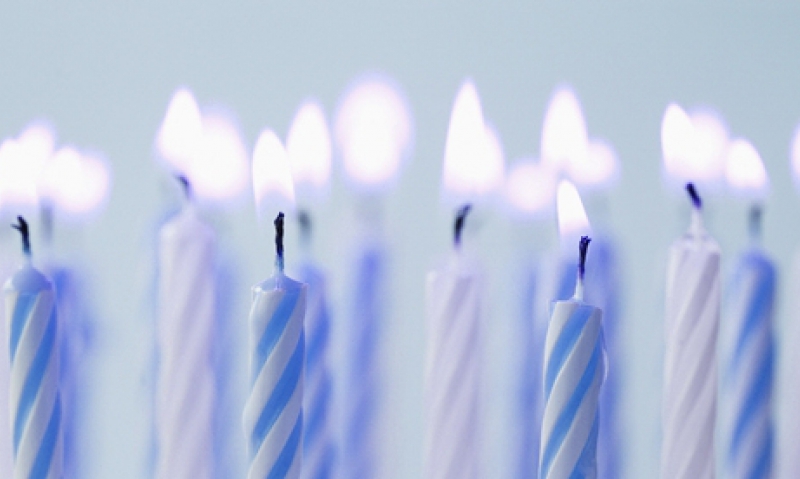 Throughout the organization's history, local posts across the country have celebrated with festivities that have included the entire community. For the 20th birthday in 1939, Battle Mountain Post 71 in Hot Springs, S.D., brought out a 40-pound birthday cake - two pounds for every year of The American Legion's history. For the 38th birthday in 1957, Post 214 in Upper Darby, Pa., hosted an entire week's worth of events as part of American Legion Birthday Week, so proclaimed by the township's Board of Commissioners. Parties, dances and a two-act play were held at Post 214's clubhouse.

This year marks the 91st birthday of The American Legion, and local posts are still preparing to celebrate in style. Post 252 in Greenwood, Ind., usually throws an annual dinner, with speakers and entertainment (the Greater Greenwood Community Band is set for this year), according to Post Adjutant Don La Fountaine. The post-sponsored Boy Scout Troop 621 presents the colors each year but will have a bigger role to play in 2010: to commemorate the 100th anniversary of Scouting, Post 252 is making this year's party a joint affair with the troop.

Alley-White Post 52 in Mountain Home, Ark., uses its March meeting as a birthday celebration, where they traditionally initiate new members into the post. The actual festivities are the decision of the post's commander, based on member ideas, but tend to be low-key. As Post Commander Lyle Royer puts it, "This post gets so tied up with veterans and Children & Youth programs that we sometimes forget about our own members." Post 52 hosts a large annual American Legion Baseball tournament in June, the Brooks Robinson Twin Lakes Classic. For this year, however, Past Post Commander and current finance officer Frank Kaye came up with an idea. The 20 members who have been so for 50 or more years will receive cups and certificates. At that anniversary, Post 52 takes over payment of their dues.

A guidelined speech for the Legion's birthday, drafted by The American Legion's Public Relations staff, is now available online. The staff drafts these speeches for various patriotic national holidays as a way for Legion members to go out into their communities, or just observe the day with post ceremonies, and emphasize what The American Legion stands for. They are not meant to be recited verbatim; members are greatly encouraged to amend them to taste and in whatever ways best relate the Legion to each audience.

All posts are encouraged to upload recaps and photos of their birthday celebrations and other community activities to the blog Legiontown USA. Legiontown is a place for Legionnaires to tell the stories of all the good they do, every day, and see how other Legionnaires across the country are doing the same.