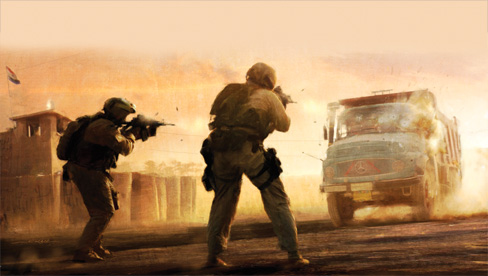 This article from the May issue of The American Legion Magazine is an excerpt of a speech Lt. Gen. John Kelly gave to the Semper Fi Society of St. Louis on Nov. 13, 2010. The full text of the speech is available here.

Our country today is in a life-and-death struggle against an evil enemy, but America as a whole is certainly not at war. Not as a country. Not as a people. Today, only a tiny fraction of American families – less than 1 percent – shoulder the burden of fear and sacrifice, and they shoulder it for the entire nation. Their sons and daughters who serve are men and women of character who continue to believe in this country enough to put life and limb on the line without qualification, and without thought of personal gain, so the sons and daughters of the other 99 percent don’t have to. No big deal, though. Marines have always been first to fight, paying in full the bill that comes with being free for everyone else.

The comforting news for every American is that our men and women in uniform are as good today as any in our history. As good as their heroic, underappreciated and largely abandoned fathers and uncles were in Vietnam, and their grandfathers were in Korea and World War II, they have the same steel in their backs and have made their own mark, etching forever places like Ramadi, Fallujah and Baghdad in Iraq, and Helmand and Sangin, Afghanistan, that are now part of U.S. military legend and stand just as proudly alongside Iwo Jima, Normandy, Inchon, Hue  City, Khe Sanh and A Shau Valley, Vietnam.

While some might think we have produced yet another generation of materialistic and self-absorbed young people, those who serve today have broken the mold and stepped out as real men, and real women, who are already making their own way in life while protecting ours. They have learned, at the same time they have served and fought for us, that the real strength of a platoon, a battalion or a country is not based on worshipping at the altar of diversity or separateness. On the contrary, they know that our immigrant and castoff ancestors, many of whom came here in chains, forged a nation that was a melting pot stitched together by a shared sense of history, values, customs, hopes and dreams, all of which unified an earlier America into a whole, as opposed to an unruly gaggle of hyphenated names or multicultural individuals.

Our servicemen and women also come to understand that it’s not about color, but about character. That it’s not about where in the world you came from, but all about why you came. That it’s not about the God you worship, but that you will respect and even fight for the right of your neighbor to venerate any God he or she damn well pleases. That it’s not about individual achievement, but all about achieving together as a people for the common good. That there is an exceptionalism about America, and that we should cherish who we are and why we are extraordinary. Those of us who serve or have served in America’s armed forces have a profound understanding of these truths. Unfortunately, many in our great country today seldom fully appreciate them, or even hear of them beyond rhetoric every couple of years.

And what are they like in combat in this war? Like Marines have been throughout our history. These young people demonstrate their commitment to us not in words, but in action. In my three tours in combat as an infantry officer and commanding general, I never saw one of them hesitate, or do anything other than lean into the fire and, with no apparent fear of death or injury, take the fight to our enemies.

As anyone who has ever experienced combat knows, when it starts, when the explosions and tracers are everywhere, and the calls for the corpsman or medic are screamed from the throats of men who know they are dying – when seconds seem like hours and it all becomes slow motion and fast forward at the same time, and the only rational act is to stop, get down, save yourself – they don’t. When no one would call them a coward for cowering behind a wall or in a hole, slave to the most basic of all human instincts – survival – none of them do. It doesn’t matter if it’s an IED, a suicide bomber, mortar attack, sniper, fighting in the upstairs room of a house, or all of it at once – they talk, swagger and, most importantly, fight today in the same way America’s Marines have since Tun Tavern. They also know whose shoulders they stand on, and they will never shame any veteran of any service, living or dead.

We can also take comfort in the fact that these young Americans are not born killers but are good and decent young men and women who, for going on 10 years, have performed remarkable acts of bravery and selflessness to a cause they have decided is bigger and more important than themselves. Only a few months ago, they were delivering your paper, stocking shelves in the local grocery store, serving Mass on Sunday, or playing hockey on local ice.