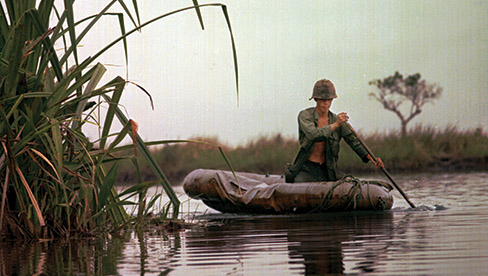 Hundreds of Vietnam Navy veterans whose Agent Orange claims were denied because VA failed to obtain key military records will receive benefits as a result of a review requested by Sen. Daniel Akaka, D-Hawaii.

As of April, VA had re-examined about 6,700 of the 16,820 cases Akaka called to the agency’s attention, says Tom Pamperin, deputy undersecretary for disability assistance. Many will receive disability compensation and medical care for illnesses connected to Agent Orange exposure.

The agency could not provide a precise estimate of how many Navy veterans will benefit from the review, or the basis for reversing its earlier denial of the claims. And another 10,200 cases must still be re-examined. VA is, however, expanding the list of oceangoing Navy vessels presumed to have been exposed to Agent Orange from 150 to 170 ships, in part because of information Akaka’s staff provided.

Last September, Akaka – then chairman of the Senate Veterans Affairs Committee – asked VA to reconsider claims from veterans who served in Vietnam’s rivers and inland waterways, or who docked in Vietnam. That makes them “Brown Water” veterans, presumed to have Agent Orange exposure, provided they can document where they served. Akaka also identified a group of veterans who may have been exposed to the toxic herbicide on the perimeters of Air Force bases in Thailand.

The U.S. military used an estimated 20 million gallons of the dioxin-based herbicide during the war. Congress passed the Agent Orange Act of 1991 to provide disability compensation and medical care for Vietnam War veterans who developed diseases linked to Agent Orange. But the Bush administration quietly changed the rules in 2002, and required veterans to prove either that they had stepped foot in Vietnam – the “boots on ground” requirement – or that they were Brown Water veterans. Bush also stripped Agent Orange compensation from Navy and Air Force personnel who had approved claims and were receiving benefits, but lacked proof of boots on ground.

Meanwhile, thousands of Vietnam Navy veterans applied for Agent Orange benefits as Brown Water veterans. Proving such a claim typically requires a deck log from the veteran’s ship, showing that it entered Vietnam’s inland waters or docked. VA is usually required to examine a ship’s deck logs when a veteran files an Agent Orange claim and provides approximate dates that the ship was on Vietnam’s inland waterways, says Rick Spataro of the National Veterans Legal Services Program, which has represented Agent Orange-afflicted veterans since the 1970s.

That often doesn’t happen, veterans say. Indeed, Akaka’s staff found a significant number of cases in which VA regional offices across the country did not request the deck logs from the National Archives before rejecting a claim. While VA cannot yet say how many of the 16,820 cases lacked the necessary records check, “it was of sufficient concern that it was appropriate for us to conduct a review,” Pamperin says.

The complete review will take several more months because VA personnel have to pull each claims file, determine if the deck logs were requested, and search for other evidence of Agent Orange exposure. At the same time, VA is dealing with an unprecedented number of claims from veterans of the Iraq and Afghanistan wars, requests from Vietnam veterans for benefits based on the three diseases recently added to the list of recognized Agent Orange-related illnesses, and other claims, Pamperin says.

These are reasons for The American Legion to organize a group of volunteers to comb the deck logs housed in the National Archives near Washington, says Charles Yunker, adjutant of the Legion’s Department of Kansas. That would speed claims processing, and provide a more accurate review of the information needed to back a claim.

“With all the pressure and workload on VA, they are apt to miss something in the deck logs that would qualify a ship under today’s standard,” Yunker says. “Therefore, I think true veterans advocates are better suited to comb deck logs.”

Yunker, a radarman on USS Lloyd Thomas during the war, began searching for his ship’s deck logs two years ago to help the growing number of his shipmates with Agent Orange-related illnesses.

Having volunteers help find and interpret deck logs appeals to Denise Ross, who paid hundreds of dollars and waited months for the National Archives and a private research service to find the deck logs for her husband’s ship. “It is just one of many things that deter the veteran from having his case VA-ready,” Ross says. “Once we learned how and where to find the logs, we waited to receive them, then it was months of learning how to read them and what different locations meant.”

VA confirms that Navy veterans who present deck logs with their claims should see a faster resolution. “It cuts out a major chunk of (claim) development time,” Pamperin says. With proof of service in Vietnam’s inland waters or time on shore, “the only issue is, ‘What disability do you have?’ and ‘What’s the current level of (that) disability?’”