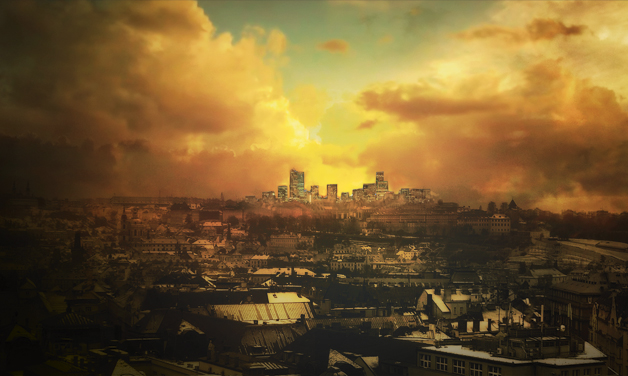 America’s current condition is bad, and the long-term prognosis is worse. But don’t take my word for it.

A well-known diplomat fears that the country has “passed its high point like so many other civilizations.” An eminent scholar warns that military spending and overseas commitments are pushing the United States toward “imperial overstretch.” Another says that “the engines of economic growth have shut down.” According to a respected pundit, “Europeans and Asians are already finding confirmation of their suspicion that the United States is in decline.”

A leading presidential candidate concludes that the United States has fallen from “a position of undisputed power … to the brink of possible disaster.” Another politician says that America is “in the midst of unprecedented political troubles.”

A popular governor laments how America has become a nation of “idle industries and small dreams.” Another grimly concludes, “Our country is not strong anymore.” Yet another warns that America may “become a second-rate power.”

Even the president concedes, “The state of the union is not good.”

One caveat: each of these assessments about America’s decline was made decades ago – some as far back as the 1860s.

So if fears about U.S. decline were wrong in decades past, why should we believe them today? Maybe we shouldn’t.

Downers. Amid budget crises, stalemated wars and rising global challengers, the America-in-decline diagnosis is not only fashionable but seems reasonable. After all, the United States lost its AAA bond rating. A European official deemed it likely that “the U.S. will lose its status as the superpower of the global financial system.” Even the slow-witted boss on NBC’s “The Office” noticed. “My whole life I believed that America was No. 1,” he sighed. “That was the saying, not ‘America is No. 2.’”

No wonder that 70 percent of Americans believe the country is “in decline.” But are they right?

Of the many ways to address that question, two seem especially helpful: comparing America’s global status today with earlier junctures in history, and considering American power in relation to that of other nations.
Let’s start with the U.S.-vs.-U.S. comparison.

The United States entered the world stage with a bang, defeating the greatest empire on earth. Yet less than 30 years later, the young republic was swatted back into place. The War of 1812 saw U.S. forces routed and the capital set ablaze. When measured against its own position just a generation earlier, the United States had declined in drastic terms.

The country endured another period of decline during the Civil War. After Lincoln’s murder, Gen. William Sherman openly feared America slipping into anarchy, wondering “who was left on this continent to give order and shape to the now-disjointed elements of the government.”

But the country rebounded and emerged as a global power at the beginning of the 20th century. By the end of the Great War, American ideals were embraced around the globe. Indeed, some historians argue that the world was never as receptive to American leadership as it was when President Woodrow Wilson arrived in Paris.

Yet the postwar period saw U.S. power and prestige plummet on the world stage. In 1933, President Franklin D. Roosevelt called America “a stricken nation in the midst of a stricken world.”

“The future and the safety of our country … are overwhelmingly involved in events far beyond our borders,” he conceded in early 1941. “As long as the aggressor nations maintain the offensive, they – not we – will choose the time and the place and the method of their attack.”

In short, U.S. power had declined to where it was a century earlier, when other countries held sway over the world and America’s fortunes.

Historian Derek Leebaert captures this rapid reversal in his book “The Fifty-Year Wound.” In November 1941, the program for the Army-Navy football game included a picture of USS Arizona and a caption boasting, “No battleship has ever been sunk by air attack.” Japan made a mockery of that false bravado less than a fortnight later.

Similarly, the 1960s began and ended with humbling setbacks (the Bay of Pigs and Vietnam), opening the way to a period of self-doubt in the 1970s. By the late 1980s, experts predicted that Japan and Germany would dislodge a beleaguered America from its economic perch.

Yet in the 1990s, the United States was promoted from superpower to “hyperpower.” One historian even declared that America had “too much power for anyone’s good, including its own.”

Power Play. Even amid today’s post-recession retrenchment, the U.S. economy remains a remarkable force. At $15 trillion, America’s GDP dwarfs every other country’s. Only when the European Union cobbles together its 27 economies can it claim to rival U.S. economic output. U.S. GDP is about 50 percent larger than China’s, and three times bigger than India’s. Yet the U.S. labor force is two-thirds the size of the EU’s, one-third the size of India’s and one-fifth the size of China’s.

China’s economy is booming, but it’s important to recognize the immense gap in per-capita income – $47,200 in the United States vs. $4,260 in China – and the country’s systemic problems. Although it does have an ocean of cheap labor and a swelling treasury, it doesn’t have a stable middle class, a social safety net, a government that breeds confidence in its trading partners, or a political system that embraces the rule of law and responds to the will of the people. That’s not exactly a formula for long-term success.

In addition, China faces serious demographic problems. “By 2050,” as Jonathan Last reports, “China will be losing, on net, 20 million people every five years.”

Similarly, Russia’s population will shrink by 15 million in the next 20 years. Japan and Europe are rapidly aging, lacking the immigration levels and birth rates to reverse the trend. But America’s population growth rate outpaces Europe’s, Japan’s and China’s, boding well for our long-term health.

As for America’s current economic health, the recession exposed serious problems. Entitlement spending is unsustainable. And the country’s debt, bulging from 38 percent of GDP in 2008 to 63 percent in 2010 to 85 percent today, has entered a danger zone. But these are solvable problems that policymakers have the tools, if not the will, to tackle.

The systemic and demographic problems facing much of Asia and Europe may not be solvable. Many countries would be thrilled to have our debt-to-GDP ratio: Japan’s public debt is 199 percent of GDP; Britain’s external debt is 413 percent of GDP, France’s 250 percent, Germany’s 185 percent, Australia’s 138 percent.

Rather than simply mass-producing, reverse-engineering or pirating what others create – like China’s state-controlled industries – these corporations are shaping the future and propelling globalization.
Some argue that globalization is just another word for Americanization, and they may be right. Indeed, it is in the wake of globalization that we begin to glimpse the full breadth of U.S. power:

The converse simply does not hold. Americans are not buying Afri-Cola, watching Chinese basketball, tuning in to Castro’s state-run TV, surfing the Web with Chinese software or European PCs, or opening research labs in foreign lands.

Speaking of foreign lands, the U.S. military provides a security umbrella to about half the world’s landmass, polices the world’s toughest neighborhoods, and serves as the world’s first responder and last line of defense. No other military could attempt such a feat of global multitasking.

Because of the U.S. military’s restraint, foreign governments invite it onto their territory: Kosovo, Korea and Kuwait want U.S. troops to maintain regional stability. From Germany to Georgia, those who remember a Europe of concrete walls and iron curtains want U.S. forces on their soil as a hedge against Russia. And those who fear China’s rise are strengthening their U.S. ties.

Without question, the United States faces challenges that could erode its global position: its fiscal situation is a mess, China is ascending, and the world abounds with asymmetric threats that could undermine the liberal order Americans have built for generations.

But America overcame worse economic times in the 1930s and 1970s. America has coped with rising powers before. And today’s asymmetric threats pale in comparison to the existential threats posed by the madmen of the 20th century. Moreover, no country enfolds the full spectrum of geopolitical power (economic, military, cultural) and embraces universally appealing attributes (political pluralism, economic opportunity, cultural openness) like the United States. This confluence of strengths gives the United States a decisive edge.

So perhaps it’s premature to replace Old Glory with a white flag just yet.