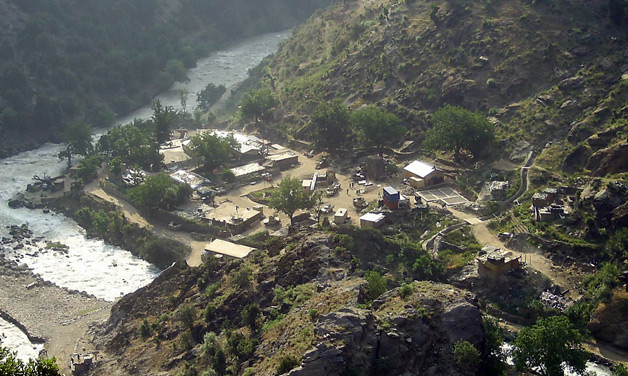 It was dawn on Oct. 3, 2009, when nearly 350 Taliban-led insurgents attacked U.S. Army Combat Outpost (COP) Keating in the Kamdesh Valley of Afghanistan. Built on low ground in a river valley, the COP was home to fewer than 60 cavalrymen from Bravo Troop, 3rd Squadron, 61st Cavalry Regiment of the 4th Infantry Division. They would confront the enemy in a 12-hour close-contact battle that nearly became hand-to-hand combat. Outpost security would be breached in three places. Fires set by the attackers would destroy the COP’s barracks. Close air support and mortar fire had to be directed at enemy forces inside the original security perimeter.

The battle for COP Keating has come to illustrate the war in Afghanistan, where the mission is often as misunderstood by the American public as the remote corner of the planet where it’s occurred. Along with the Battle of Wanat, COP Keating is a signature conflict of the war. And with the publication of CNN Chief Washington Correspondent Jake Tapper’s new book, “The Outpost: An Untold Story of American Valor,” it may soon become the war’s best-known battle.

The Battle for COP Keating produced a constellation of medals: 27 Purple Hearts, 37 Army Commendation Medals with “V” devices for valor, three Bronze Stars, 18 Bronze Stars with “V” devices, and nine Silver Stars. Staff Sgt. Clinton “Clint” Romesha recently received the Medal of Honor for his actions that day, and another soldier, Sgt. Ty Carter, has been recommended for one.

A Paid-Up-For-Life member of The American Legion Department of North Dakota, Romesha’s humility seems a stark contrast to his Medal of Honor. “It’s all a team effort,” he says. “You do what you do, and that is what will speak for you.”

One man who works with Romesha in the North Dakota oil fields says the young veteran talks little about his role in the war. “We knew he’d been a soldier, but up until the announcement came from the White House, we had no idea to what degree,” the co-worker says. “It didn’t surprise us so much that he was capable of it. We were just surprised we hadn’t heard about it before.”
The former staff sergeant’s humble nature was on full display during a press conference at the White House on Feb. 11, following a ceremony in which President Obama awarded Romesha the medal. “I don’t think I’m much different than Medal of Honor recipients Sgt. 1st Class (Leroy) Petry and former Staff Sgt. (Sal) Giunta in feeling conflicted with this medal I now wear,” Romesha says. “The joy comes from recognition for us doing our jobs as soldiers on distant battlefields but is countered by the constant reminder of the loss of our battle buddies. My battle buddies. My soldiers. My friends.”

According to his Medal of Honor citation and interviews with his comrades, Romesha was usually in the middle of wherever the battle for COP Keating was thickest. With enemy fighters occupying the high ground on all four sides of the COP, he moved, uncovered and, under intense enemy fire, conducted a reconnaissance of the battlefield and sought reinforcements from the barracks before returning to action with the support of an assistant gunner. He took out an enemy machine-gun team and, while engaging a second, the generator he was using for cover was struck by a rocket-propelled grenade, peppering him with shrapnel wounds. Undeterred, Romesha continued to fight, and upon the arrival of another soldier to aid him and the assistant gunner, he again rushed through the exposed avenue to assemble additional soldiers.

Romesha mobilized a five-man team and returned to the fight equipped with a Russian sniper rifle left behind by one of the wounded Afghan National Army (ANA) soldiers. “With complete disregard for his own safety, Staff Sgt. Romesha continually exposed himself to heavy enemy fire, as he moved confidently about the battlefield engaging and destroying multiple enemy targets, including three Taliban fighters who had breached the combat outpost’s perimeter.”

The citation continues: “While orchestrating a successful plan to secure and reinforce key points of the battlefield, Staff Sgt. Romesha maintained radio communication with the tactical operations center. As the enemy forces attacked with even greater ferocity, unleashing a barrage of rocket-propelled grenades and recoilless rifle rounds, Staff Sgt. Romesha identified the point of attack and directed air support to destroy over 30 enemy fighters. After receiving reports that seriously injured soldiers were at a distant battle position, Staff Sgt. Romesha and his team provided covering fire to allow the injured soldiers to safely reach the aid station. Upon receipt of orders to proceed to the next objective, his team pushed forward 100 meters under overwhelming enemy fire to recover and prevent the enemy fighters from taking the bodies of the fallen comrades. Staff Sgt. Romesha’s heroic actions throughout the day-long battle were critical in suppressing an enemy that had far greater numbers.”

Romesha’s heroism didn’t surprise his commanding officer, Stoney Portis of Hanover, N.H. “His soldiers respected him because he never asked them to do anything he wouldn’t, or couldn’t, do himself,” Portis says. “In a firefight, he could orient fires and fire teams while simultaneously integrating indirect fires. But Clint was tough on his leaders, too. There were times when he would ask his platoon leader or me, ‘Sir, would you mind explaining that to me? Have you thought about doing it this way instead?’ When he offered an alternative, his leaders listened, and to no one’s surprise, his plans improved our missions.”

Jon Hill, a platoon sergeant and recipient of a Silver Star, said he’ll never forget Romesha’s attitude that day. “I was at my peak of frustration, fatigue, and overwhelmed at the situation at hand,” Hill says. “Needless to say, there was a lot going on at one time. In the tactical operations center, it was loud with explosions just outside, yelling, and new reports of enemy locations. Out of the blue, ‘Ro’ said in a very stern and demanding voice – just as there was a moment of odd but haunting silence – ‘I’ll tell you what we are going to do. We are going to take this f***ing COP back!’

When he said that, and the way he said it, it was like his war cry trying to rally the men for that last bit of guts, honor and never-quit attitude.”

And take it back they did. Twelve hours after the battle started, the quick-reaction force that had landed three kilometers away made it to the COP and relieved the besieged troops.

After the battle, COP Keating was abandoned, and ultimately destroyed by U.S. aircraft called in to ensure that nothing was left that could be used by the insurgents. As the last helicopters full of troops loaded up to leave the area, Romesha was the final man on the bird.

Romesha is now separated from the military and enjoying time with his family. “Tammi (his wife) and the kids have been back stateside keeping down the homefront for so long and sacrificing so much with me being over there doing what I was doing,” he says. “I loved being an NCO, and I loved being overseas and training and leading soldiers, but it was just time to come home and be the dad and husband they deserved.”

Still, he’s not done fighting and advocating for his fellow veterans. And as the son of a Vietnam War veteran, Romesha appreciates everything that generation has done to ease the transition for his generation, and to ensure that they weren’t mistreated.

“The support of the American public has always been (at the) forefront in my mind,” he says. “I always reflect back to the Vietnam War vets who never got their welcome home, and I try to remember and honor those guys.

“I want to thank the guys who are still serving today,” he adds. “And I can’t thank the American people and the spouses they left behind enough. They serve, too, when we are overseas.”

Mark Seavey is a writer for The American Legion Magazine Division and editor of the Legion’s Burn Pit blog site.