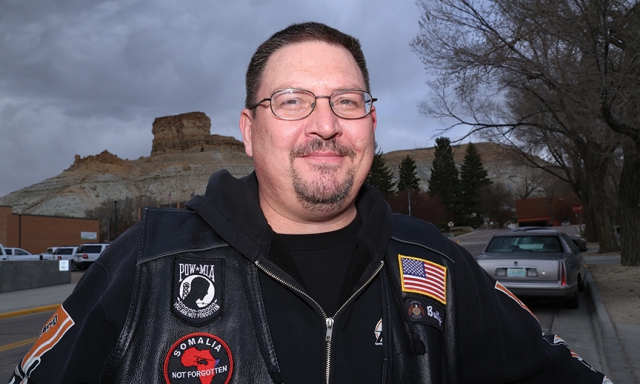 Critics predicted total failure. A handful of veterans were attempting to revive an American Legion post in Green River, Wyo., that was so far gone almost no one knew it had ever existed.

Tom Whitmore Post 28 never even had its own building, and its ceremonial rifles and scrambled archives were donated to a museum nearly 50 years ago. Even more challenging, this new crew planned a nonsmoking post with a family section twice as big as the bar area and a community center open to public use.

“Right up to the soft opening, we got a lot of criticism,” says Marshall Burt, a post-9/11 Marine Corps combat veteran who helped transform the run-down bingo hall into a vibrant Legion post that is buzzing with patrons on a weekday night – some shooting the breeze, some watching a ball game on TV, while a couple of kids play pool upstairs and another works on math homework downstairs. “They told us we weren’t going to be able to make it because people like to have a drink and a smoke. I’m hoping to say we proved them wrong.”

In less than 18 months, Post 28 went from 18 to 183 Legion members, purchased and renovated a defunct VFW-turned-bingo hall, and started an American Legion Auxiliary unit, a Sons of the American Legion squadron and what is now the third largest American Legion Riders chapter in Wyoming. The post is sponsoring a baseball team, working with a local Boy Scout troop, starting a Junior Shooting Sports group and supporting the high school rodeo program – a hallmark of the Department of Wyoming. As impressive: 45 percent of Post 28’s members are post-9/11 veterans.

“We average one new Legion Family member a day, whether it’s Legion, Sons or Auxiliary,” says Post Commander Tony Niemiec, who returned to his hometown of Green River after retiring from the Marine Corps.

“Nationwide, we are struggling to get younger veterans involved,” says Doug Hensala, adjutant for the Department of Wyoming. “They’ve cracked the code as to how to get them involved – Desert Storm, Desert Shield, Afghanistan and Iraq veterans – by being very family-oriented.”

An original Toll Gate American Legion Post 28 was chartered Dec. 23, 1919, and named after the iconic 6,440-foot butte on the western edge of the small railroad and mining town. That followed an early-day tradition of naming Wyoming Legion posts after rock formations, says Tom Niemiec, post adjutant and retired Navy veteran. Like his brother Tony, Tom returned to Green River after his military career.

In 1924, the post was renamed for Tom Whitmore, a Civil War veteran who enlisted in the Union Army at age 15 and came to Sweetwater County after his discharge as a second lieutenant. He worked as a liquor merchant, deputy sheriff, Sweetwater County sheriff and clerk of the district court before his death in 1923.

“Basically, he had a whole lifetime of public service,” Tony Niemiec says. “I’m a Sweetwater County deputy sheriff, so his story is kind of near and dear to my heart.”

Much of Post 28’s subsequent history is lost. There is evidence that an Auxiliary unit was started in 1926 and the post once had a female drum and bugle corps, Tom says. Rumor has it that Legion meetings were conducted at a building across from the Union Pacific Railroad depot. But Post 28 never had a home of its own. Most people who grew up here had no idea Green River ever had an American Legion presence.

Some veterans, including the Niemiec brothers, joined Post 24 in Rock Springs but didn’t participate much because the neighboring town is about 12 miles away. The handful of Legion officers who knew about Post 28 made several attempts to get it restarted. “Every time I lined someone up, it fell apart,” State Commander Tom Dean says.

Then District 1 Commander Richard Dansereau challenged Tony Niemiec to take on the project.

“I was asking him why Green River didn’t have a post,” Tony says, recalling a conversation with Dansereau in which he lamented the lack of Legion presence in his hometown. “He said, ‘They do – it’s just not active. Why don’t you quit complaining and do something about it?’” Tony drafted his brother and they went to work.

Revival Post 28 began conducting regular meetings in the Sweetwater County Library in late 2013. The members launched a rifle raffle that raised more than $30,000. With that money, a $5,000 grant from the Home Depot Foundation, $1,000 from Walmart and non-interest-bearing bond sales to members and families, they came up with a down payment for a one-story white building at 38 North Center Street in Green River.

Post 28 closed on the purchase of the building on June 2, 2014, and demolition started the next day. “We put elbows to it,” says Burt, who went directly to the run-down building after work each evening and often stayed past midnight. “We wanted a place for veterans to call home and it didn’t exist in this town.”

As volunteers tore out water-stained Sheetrock and framed new walls, Tony tracked down the post flag, original charter and other material, including the .30-40 Krag rifles the Army gave to the original post for ceremonial use. An anonymous individual gave the guns and archives to the Sweetwater County Museum in 1968, presumably when interest in the post faded. One of the rifles was sold to a collector; the museum was not eager to return the others. A lengthy battle ensued. Post 28 finally prevailed after Legion members secured a majority of the positions on the museum board and voted to return the six remaining rifles to their rightful owner.

“That was very satisfying,” Tony says.

Post 28 held its soft opening Labor Day weekend. That transformation, less than 90 days in the making, came with plenty of the unpleasant surprises endemic to old buildings. “The first time I saw it, I thought, ‘What a rat hole. I can’t believe we’re buying this building,’” says Marine Corps veteran Jere Goodrick.

“There were a lot of times I thought we were going to fail,” Tony adds. “Every time we’d repair something, we find three more things that failed. But every time we turned around, we found somebody who knew how to fix it.”

The day before the opening, the beer cooler failed. Tony made the six-hour round trip drive to Salt Lake City the morning of opening day to buy a replacement. He returned two hours after the festivities started, and a group of volunteers stepped up to lift the cooler over the bar and set it into place.

Smoke-free vision From the beginning, the Green River Legionnaires knew they had to create a different kind of post if they hoped to attract younger veterans.

“We didn’t want to have the same old mentality where it’s a bar,” Burt says. “We wanted it to be family-friendly, non-smoking and a warm, welcoming, friendly atmosphere.”

Tom adds, “You are going to attract more people by not smoking. A lot of younger veterans don’t like to expose their kids to it.” Post 28 has received lots of positive feedback on its no-smoking approach, and attracted plenty of smoking members who are willing to step outside before lighting up.

Outside of materials for the sleek black concrete bar, everything from plumbing to painting was donated, including the section of railroad track that serves as the bar footrest.

The bar includes USB charging outlets and free Wi-Fi to keep smartphone users happy, and the adjoining family area has lots of amenities for kids. That includes electronic darts and pool tables. Air hockey and an Xbox are on the way. “Post-9/11 veterans have young families, so you have to evolve the post to support their needs,” Tom says.

Post 28 also offers a pizza night and a nacho night. Members are welcome to host birthday parties and wedding celebrations here. Other events, like a pancake breakfast co-hosted by one of the local Boy Scout troops, are open to the public. “If you get people in here, some of them will become members,” Tom says.

Creating a sustainable Legion also means including post-9/11 veterans in every aspect of the post. “When you walk into a post that’s struggling, what do you see? The people who are running it have been there a long time and they won’t let go,” Tom says. “Give the younger veterans the reins and let them move The American Legion forward.”

Future outreach Although half of the Legion building in Green River has yet to be remodeled, everyone associated with the project radiates pride and ownership. They point to a bar stool or chair they sponsored – each comes with a brass plate honoring a loved one – or the original charter hanging on the wall that proves this is one of the original 1919 American Legion posts. Volunteer bartenders keep the place running from noon to close seven days a week. Goodrick sponsors a poker night to help raise money. Burt, director of the American Legion Riders, is planning the group’s first rally for Sept. 12. It takes all of this and more to make the mortgage and keep the lights on. But it’s worth it.

“It’s important to have an American Legion building because veterans don’t want to belong to something they can’t touch and feel,” Goodrick says. “Once this building materialized, our membership went through the roof.”

Families are actively engaged. “This is something we can do together,” says Auxiliary President Tammy Harris, whose husband, Shane, is a Marine Corps veteran and stalwart Post 28 volunteer. And the renovated building is a nice boost for a part of Green River that has struggled for years.

“It’s probably the most active place in this part of the community on a social level,” says artist and Auxiliary member Kaye Tyler, who painted “Welcome Home” in red, white and blue letters in the post entryway and put together the color scheme for the interior of the post.

As the post grows, members focus on doing more for the community. Post 28 has already distributed more than $3,000 in financial assistance to everyone from a stranded trucker to a veteran’s family who was $250 short of replacing a broken hot-water heater. It also offers two college scholarships to high school seniors who have a family member associated with the Legion.

The best part, though, is hearing the reaction of people who discover Post 28 for the first time.